Halloween feels like it just ended. Some may be able to still smell the fog. Planning, however, is well underway for next year’s Halloween Horror Nights at Universal Orlando. Plans that could include some very odd tastes, some familiar faces and some new sounds. What does this all mean? We take a look at guest surveys that went out earlier today to some of the guests that attended the event. 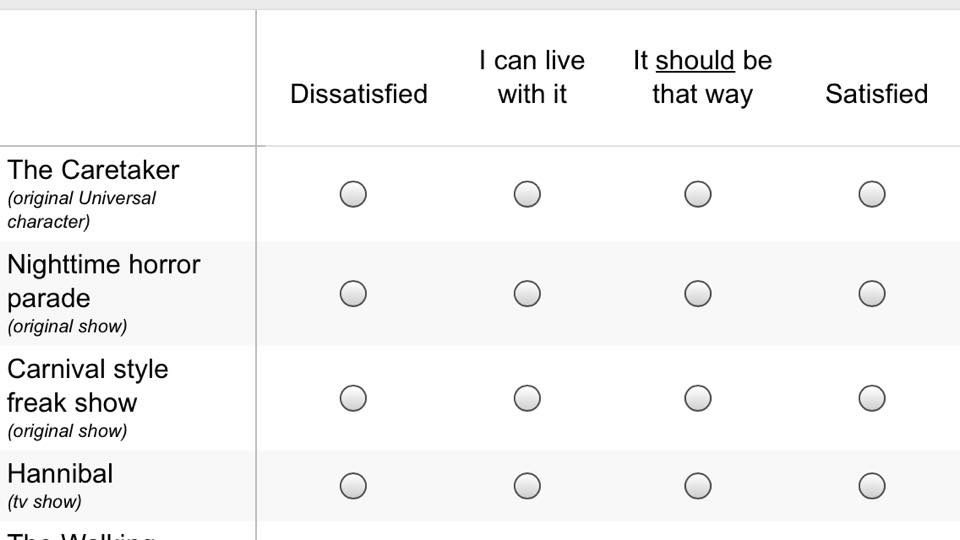 Universal Orlando is one of the best parks, in terms of giving their guests what they really want. They listen intently to what the guests say about the different events, and attractions that come through the parks. Nowhere do they listen more than at Halloween Horror Nights. The staff at Universal is out in the parks, and at the gates asking guests what they thought of the event, and how they could do better. While it may not be what the FANS like, it’s what the guests that go to the park like.

When the event is over, they occasionally send out surveys. It’s not uncommon to get surveys asking about the event, what they liked, and about different aspects for coming years. Today, they sent out a doozey. 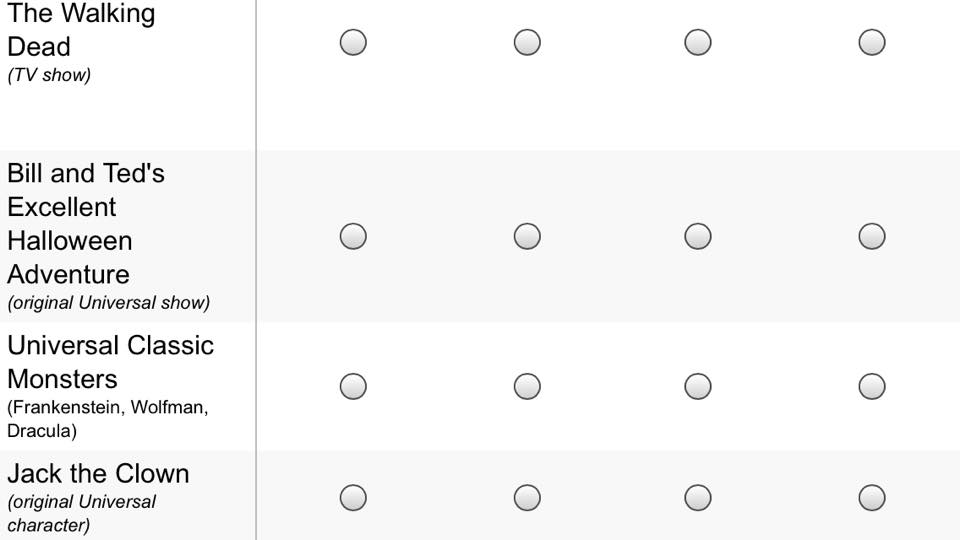 We were sent screenshots of the survey, which shows some very interesting properties as well as some very unique ideas. First thing off the bat we get is the mention of every single original Icon ever used. We already know that the original Icon that Universal created, Jack the Clown, would be back, but we still have no idea in what capacity. Will he be Icon, will he be in a house, a show, just on a T-shirt? We have no clue. However, the fact that they are looking at the other icons as well tells us that we can probably expect to see a big reunion of sorts. They did this first in 2006 for the “Sweet 16” and brought Horror Home to Universal Studios after several years at Islands of Adventure. In 2010 they reunited them again, pretty much as slaves to FEAR. For 2015, we are predicting that the icons will go wild. Unbridled by FEAR, and back in town to absolutely kill the audience. 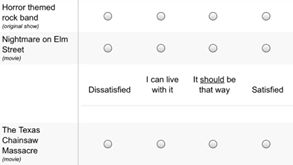 Let’s talk shows. Universal Orlando is facing an ever growing problem-they are just too damn popular! Crowds jam the haunted houses for hours, and the streets get very crowded with scare zones. So how do they buffer that? With the shows. 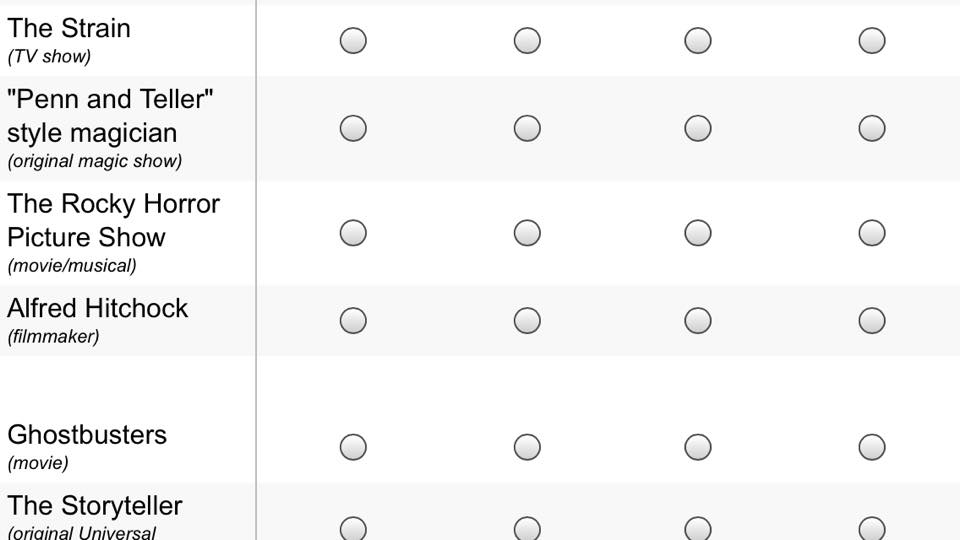 Houses and streets are all mixed up here. Universal keeps it that way on purpose. There are a ton of great properties listed. Let’s go down the list and see what could happen, or what we would like to see happen.

While these are real and good, let’s pick out what we can most likely expect to see. Walking Dead is probably a good bet. American Horror Story is getting huge, and it has the whole circus aspect going for it. Hannibal is an NBC property, and it’s pretty hot…while it may not be a great idea for a house, they’ll make it work. Classic Monsters tend to get dusted off every few years, and the icons will most likely be in their own house, each with a retelling of their year in one scene.

At this point, this is all conjecture, and it’s definitely way too early to tell. Regardless of what happens, HHN 25 will be huge, fans will be upset…for a while, and the event will bring in record crowds.

Stay tuned as we bring you even more from Halloween Horror Nights in the coming 9 months (yes, it’s really that far away) and be sure to get social with us on Facebook, and follow along with us on Twitter @BehindThrills for the latest updates!