Seven Dwarfs Mine Train on fire at Magic Kingdom 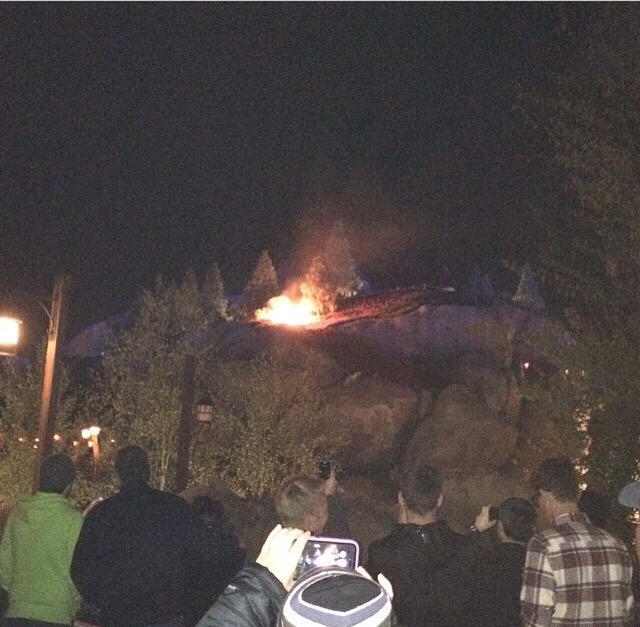 According to Twitter and those on the scene, the area has been cleared out. The fire appears to be on the bridge that the coaster travels on just before entering the mine. We’re not 100% sure, but it appears to be caused by fireworks, and the dry, windy air that has brought cool weather to Central Florida.
Video-Seven Dwarfs Mine Train on Fire

There are no reports of injury, and the fire is contained at the moment to just Seven Dwarfs Mine Train.

This isn’t the first time that Walt Disney World has had fireworks cause fire damage to parts of New Fantasyland, just last year the roof of Little Mermaid caught fire after sparks from fireworks ignited. There was no permanent damage, and no injuries.
Update
The fire was extinguished, and the ride reopened, according to several news reports. There was no damage to the ride itself, just to some decorative exterior portions of the ride.
Video-Go for a ride on Seven Dwarfs Mine Train