Penguins are cute. Baby penguins are even cuter. SeaWorld Orlando just welcomed a batch of eight baby penguins to it’s Antarctica habitat in the last ten days. No matter when you see them, penguins are always cute, but something about the holidays make it even more special to see the penguin chicks. As soon as the chicks were hatched, they were joined by their parents. It’s one of the many ways that Antarctica at SeaWorld is as close to the real thing as many can get. 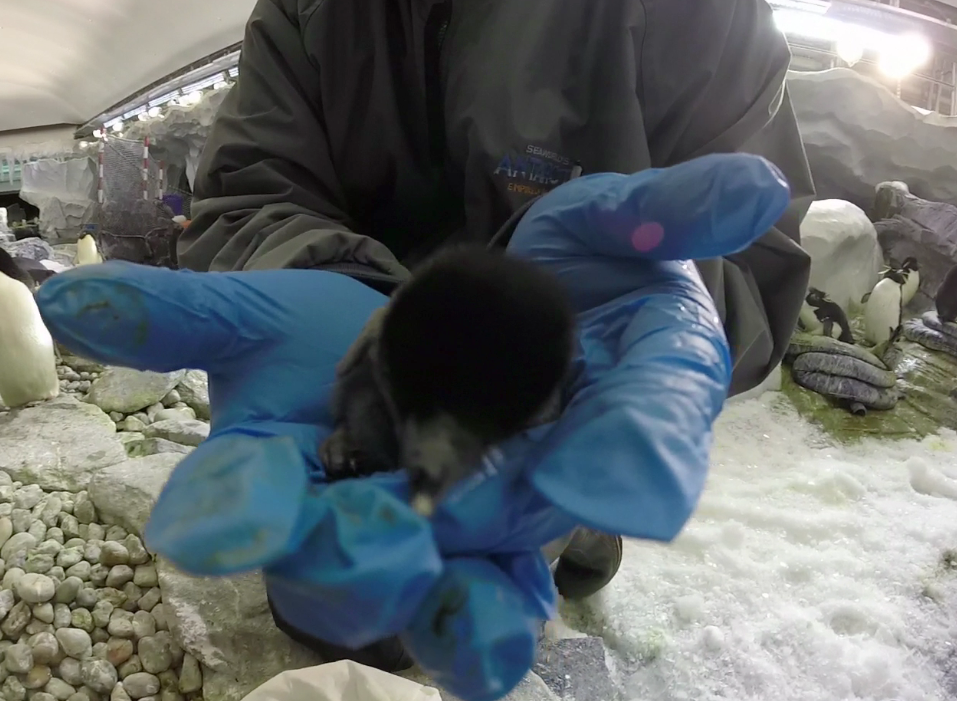 At SeaWorld, rocks were put out for the penguin mating season which begins in October, and lasts all the way until January. The chicks hatched this season at SeaWorld include two gentoo, four Adelie, and two rockhopper, and they ranged in weight from two to four ounces. In total there are 17 species of penguin in the world, and of those 17 there are four at SeaWorld.

The penguins will remain with their parents, and be raised by them, only being interrupted occasionally by the SeaWorld veterinary staff for routine check ups and weigh ins.

SeaWorld Orlando has one of the coolest attractions in the world, with Antarctica. The attraction is kept ata  chilly 32 degrees year round, and is the perfect place for their colony of penguins to call home. The attraction does its’ best to follow the actual light pattern that would happen in the wild, where the penguins call home. All of SeaWorld Orlando’s penguins were born at SeaWorld parks, and other zoos around the world.

Want to know even more penguin chick facts? Visit the SeaWorld Animal info pages for tons of information about penguins, and many other animals by clicking here!

For more information about Antarctica at SeaWorld Orlando, including tickets, visit the official website by clicking here!