Final piece of track for Thunderbird at Holiday World slides into place, plus new surprises! 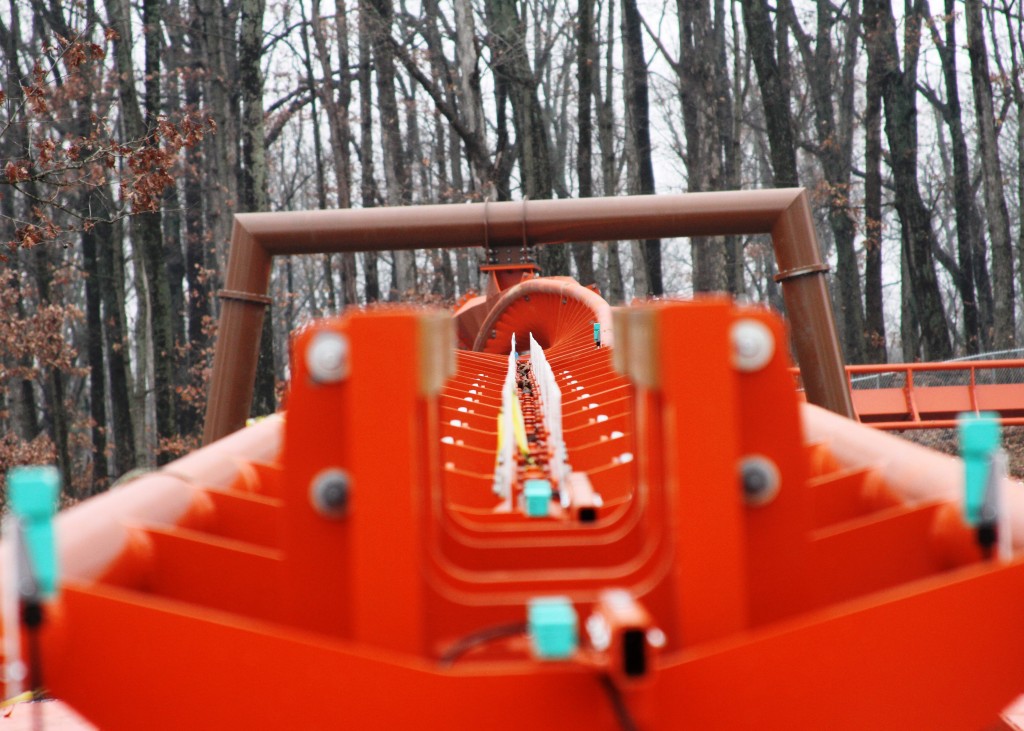 The coaster now moves onto electrical work, the finishing of the other buildings, and of course testing. However, there’s more surprises in store at Holiday World as they are preparing to move a ride into the Thunderhead Plaza area, and even more…there’s a few more elements they are adding to the coaster.

Two more elements? What could they be? The coaster will already launch riders out of the gate and into the first inversion, there will be several effects such as “keyholes” and other maneuvers, but two more?

Thunderbird opens in April of 2015, but we’ll find out more about these special new elements in the coming weeks.

Stay tuned for more from Holiday World, and be sure to get social with us on Facebook, and follow along with us on Twitter @BehindThrills for the latest updates!