Get mean and green with The Grinch at Universal Orlando for Grinchmas!

They say he has termites in his smile, so does that mean he has wooden teeth? Whatever the case is, he is a mean one…he’s the Grinch! It’s become a holiday tradition for millions of families across the country to include the classic Dr. Seuss story of redemption in their Christmas customs. It’s also become a bit of a custom at Universal Orlando to have the mean one steal Christmas on stage in front of thousands. We recently had the chance to get up close and personal with the Grinch, and while that sounds like fun, trust me…it’s a lot harder than it looks. 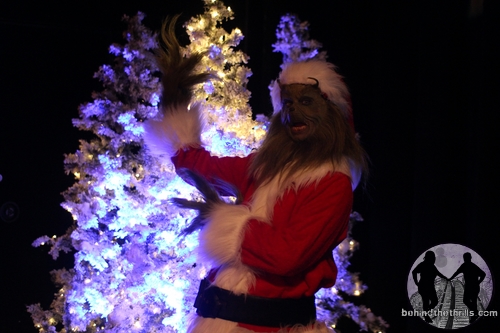 Every year the Grinch steals Christmas, we know it’s not right. Many think it’s because his heads not screwed on right. Others say that his shoes are too tight, but we think the biggest reason of all is that his heart is two sizes too small. However, with that said, we tried as we might to get inside the Grinch’s head. Every Christmas season, he finds heart and comes back into reason. His eyes swell up, and he feels his heart beat in his chest, then poof…it’s gone! And he’s back to being a Grinch for all the rest. Enough of these rhymes…

We did manage to snag an interview with the Grinch to find out exactly why he’s gets into the Christmas spirit, only to get Grinchy and mean as soon as Christmas ends…it didn’t go as we expected.

Video-Get upclose and personal with the Grinch at Universal Orlando

The Grinch is actually just one small part of the holiday classic at Universal’s Islands of Adventure. He of course is the main attraction, but Islands of Adventure brings the Who’s to life in Whoville with the huge show. They dance and sing, and wiggle their nose. 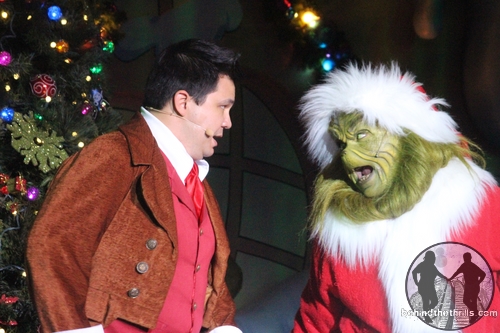 This year the show has a few subtle changes to it, from the quirky one liners, to the changes in choreography. It’s enough of a difference to make the show a little more fun for those who have seen it in the past, without changing the core story or message. 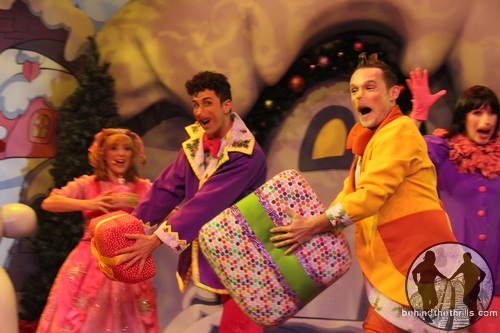 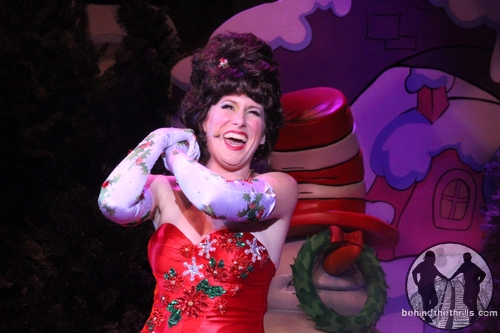 The performers and make up really brings everything to life for the show. It’s a retelling of the classic story that was inspired by the Jim Carey film, The Grinch.

Video-Highlights of How The Grinch Stole Christmas, including You’re A Mean One!

While the show is a must see, it’s not the only thing happening at Islands of Adventure for the holidays. The entire area of Seuss Landing is transformed into a shimmering oasis, and the Whos come down from Whoville to do what they do best. Play and have fun. Characters are all over the area interacting with guests and playing fun Who games.

Here’s some tips for seeing the Who’s and The Grinch:

Slideshow-Check out tons of pictures in our huge Universal Holiday collection!