Santa may be on his way for all the good little girls and boys all around the world, but he made a pit stop first at Legoland Florida. The Central Florida family park is gearing up for their biggest expansion to date, as the all new Legoland Florida Hotel will debut in 2015. To get ready for the all new hotel, Santa brought along a special friend, who will make Legoland Florida his home when the hotel opens in Summer of 2015. 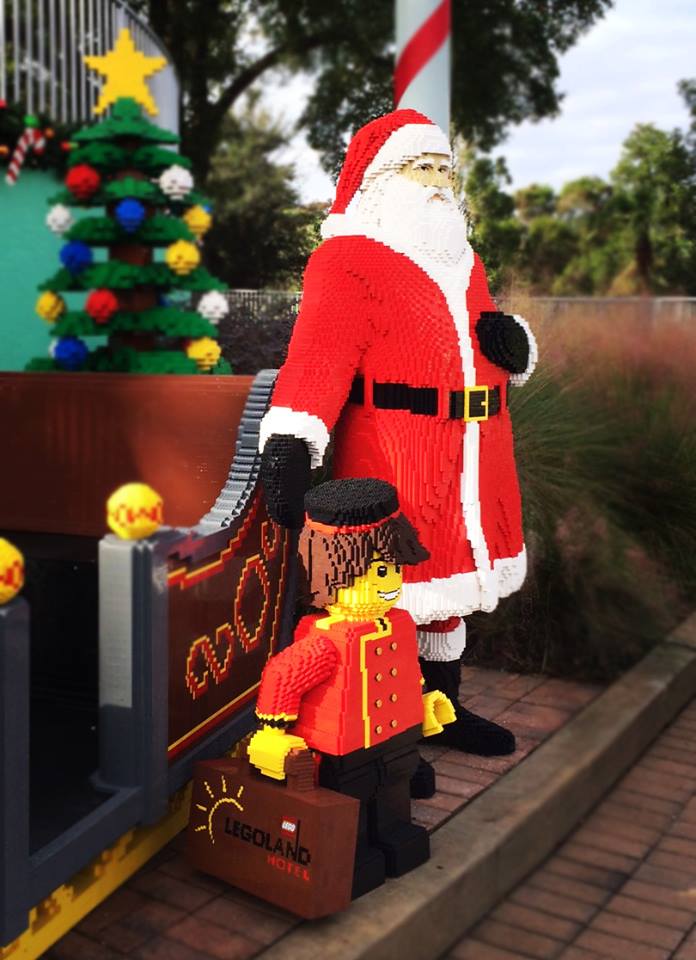 He is the first model of many at the all new Legoland Florida Hotel. The five story hotel is being revealed in summer of 2015, and will be right at the front door of Legoland Florida. The all new hotel will feature several themed rooms, with a mystery theme to be revealed as the opening day gets closer.

The figure was a work in and of itself, taking over 40 hours to create from the first brick to the last. The bellhop is three feet tall, but took about 5,000 bricks to complete. He was built in California, and made the long trip through holiday traffic just to be home for the holidays.

For more information about The Legoland Hotel, including reservations, visit the official website by clicking here!