SeaWorld San Diego has a new bouncing baby whale, as Kalia, the 10 year old Orca gave birth after about 17 months of pregnancy. The whale was born on Tuesday, and is the seventh whale born at SeaWorld San Diego. While there has been much debate about keeping whales in captivity, the birth is a testament to the parks’ zoological team, that cares and maintains the animals. 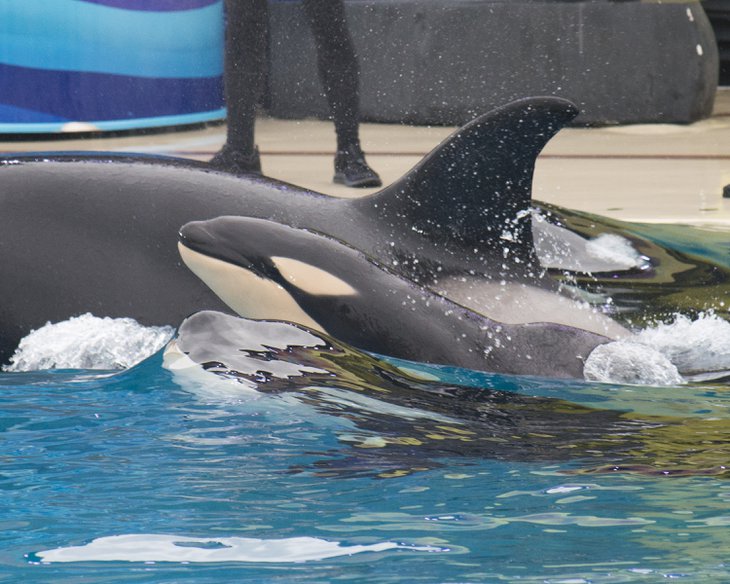 The whale is unnamed, and the sex is not known currently, right now the park is keeping an eye on the whale and making sure that baby and mommy are doing fine. The estimated weight is to be between 300 and 350 pounds. The whale was born right in the Shamu Stadium main pool.

While many critics claim that SeaWorld captures animals, the park has had more than 30 successful births in their parks, with births happening at SeaWorld Orlando, San Diego and San Antonio.

The calf will not be removed from its’ mother(contrary to popular belief), but will instead be kept with the mother at all times. The calf will feed from the mother for about a year and a half.

Stay tuned for more from SeaWorld and be sure to get social with us on Facebook, and follow along with us on Twitter @BehindThrils for the latest updates!