The circle is now complete. Construction on the all new Orlando Eye has reached a huge milestone, and is just about ready to move on to the next huge step. Actually, the Orlando Eye is moving on to several huge steps, all in the preparation for the Spring 2015 opening. The 400 foot tall wheel is on track to open, as the centerpiece of the all new I-Drive 360 complex located in the heart of Orlando. The new attraction is just one of three major attractions opening in 2015, that will be owned and operated by Merlin. 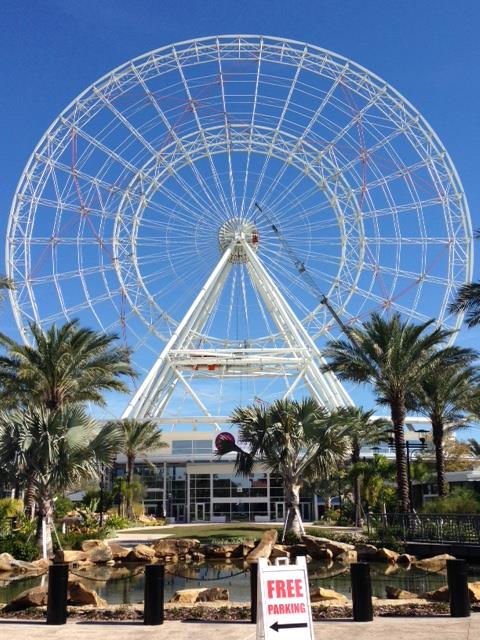 The Orlando Eye has completed construction of the outer wheel, giving the structure the full 400 foot tall height. The next step is to install the state of the art capsules that will be taking guests all the way to the top for a birds eye view of Orlando and the surrounding areas.

As of right now, there isn’t much happening on the site, but there are plenty of employment opportunities. If you’re looking for a job, the Eye as well as Madame Tussauds Wax Museum and Sea Life Aquarium have tons of positions available, and all listed on the official website.

Stay tuned for more from The Orlando Eye, and be sure to get social with us on Facebook, and follow along with us on Twitter @BehindThrills for the latest updates!

For more information about The Orlando Eye and I-Drive 360, visit the official website by clicking here!