Are you ready for some football? Dan Marino added to Madame Tussaud’s Orlando

Dan Marino is Florida royalty. The former Miami Dolphin quarterback is one of the biggest names in NFL history, and also a huge personality off the field as he was an analyst for CBS and HBO. Marino also has been on the big screen in several films, as well as the head of “The Dan Marino Foundation” which helps the fight against autism and other nueurodevelopmental disorders. His organization has raised over $22 million dollars, and includes an annual “Walk about Autism” to help raise awareness for the disorder. If that wasn’t enough, Marino will now be a part of one of the largest collections of celebrities anywhere as Madame Tussaud’s will debut him in Orlando. 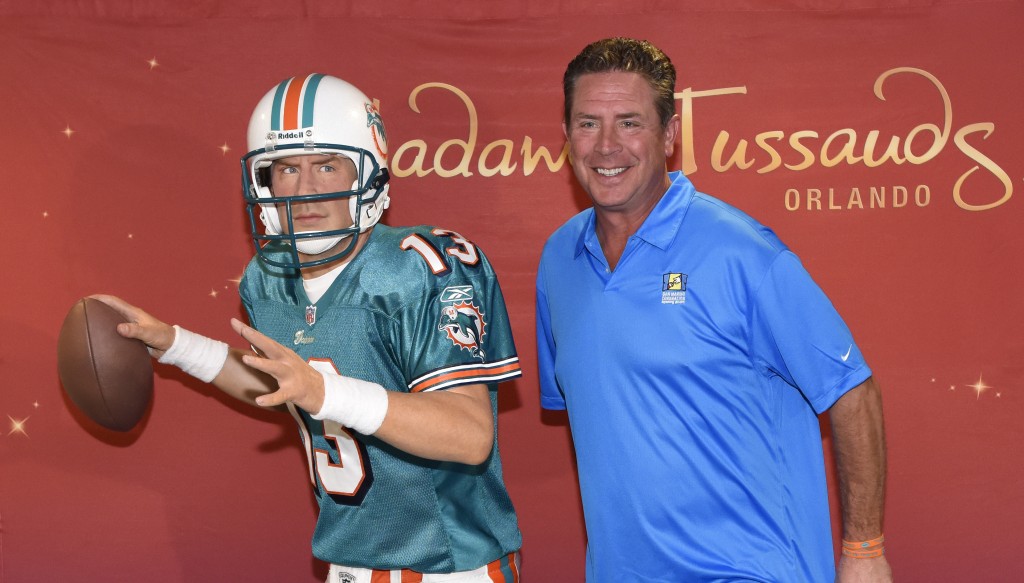 The football great donned his number 13 jersey once more, as the figure for Madame Tussaud’s Orlando was unveiled Saturday at Sun Life Stadium in Miami.

“It was such a unique experience to work with the talented team at Madame Tussauds, I can’t wait to see what they have created,” said Dan Marino just before the unveiling took place. “It will be nice to see that jersey take a break from retirement!” 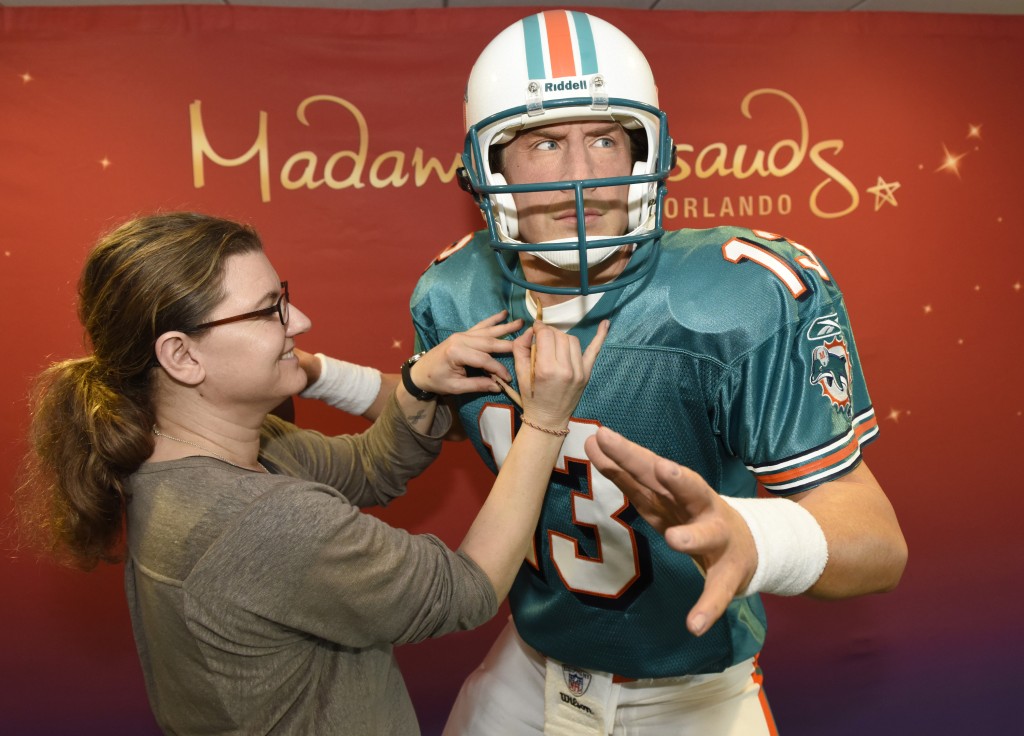 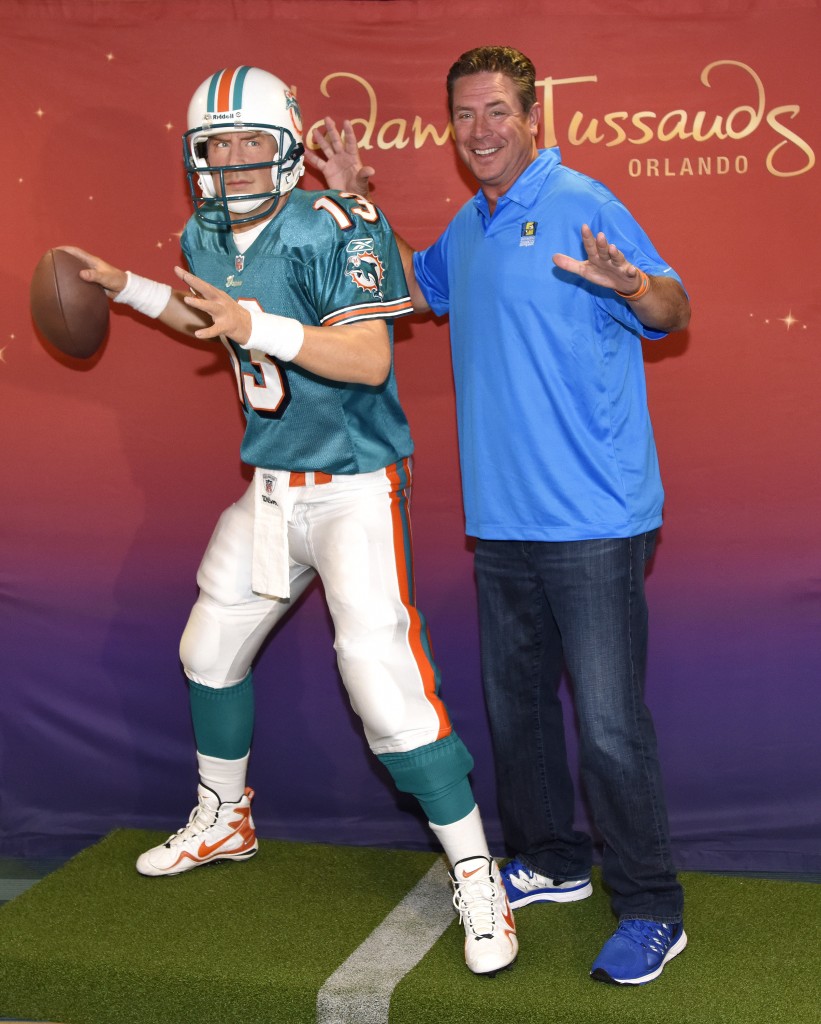 Here’s the ever growing list of celebrities that will join Dan Marino:

The museum will feature several different rooms full of celebrities, all broken down into sections. They will be A-List Party, TV, Film, Sports, World Leaders, Arts and Science, and Music.

Stay tuned for even more from Madame Tussaud’s and be sure to get social with us on Facebook, and follow along with us on Twitter @BehindThrills for the latest updates!

For more information about Madame Tussaud’s, visit the official website by clicking here!