Carowinds unveils Fury 325 cars, and new options coming to the park for 2015

Fury 325 is one of the biggest deals in the amusement industry this year. The all new Giga-Coaster will be the tallest, and fastest Giga in the world. It’s also going to be the one that guests will see first as they enter Carowinds, having to walk right over the track as they enter the gate. The coaster is just one of many new exciting changes that the park is unveiling for the 2015 season. Coaster enthusiasts were invited out over the weekend to check out the all new coaster, as well as learn some of the big changes happening in the rest of the park. 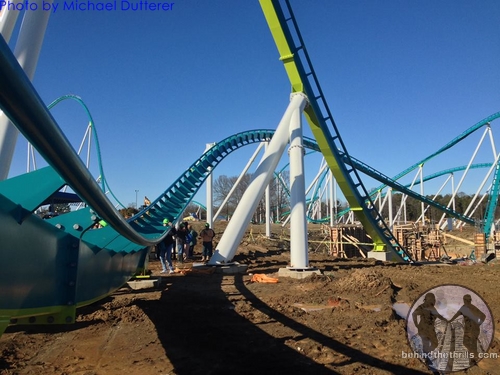 The all new Fury 325 is almost complete, and it is already stunning fans as they walk into the park. The coaster tops out at…325 feet tall, and will have a top speed of up to 95 mph. The coaster will dive under the walkway at the entrance to the park, and will send riders screaming around banked turns and over huge drops. Enthusiasts from several different coaster clubs were given the chance Saturday during an American Coaster Enthusiasts event,  to check out the progress, which has the coaster standing at about 85% complete. 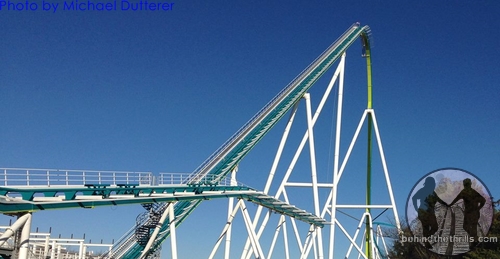 There are roughly 15 pieces left to install on the coaster, with new track still arriving at the park daily. The coaster will see the first rides around the end of March, when the park opens for the season. Carowinds is completely restructuring the parking, and the entrance to make way for Fury 325, as it will make one hell of a statement as it comes roaring under the feet of passersby. 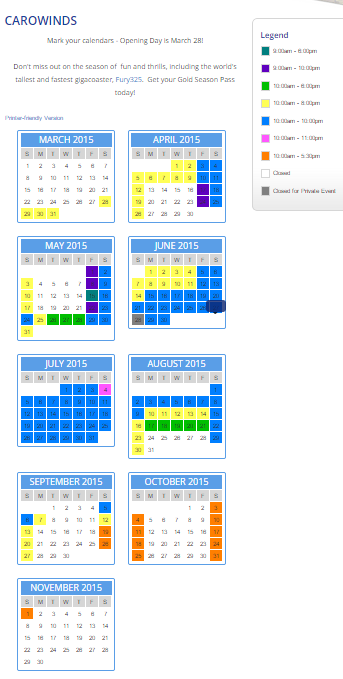 The park also revealed it’s full operating schedule, which will have the first day begin March 28th, and run all the way until November 1st. In addition to the huge new coaster, Carowinds is also changing up several things in the park, from the food to even the entertainment. 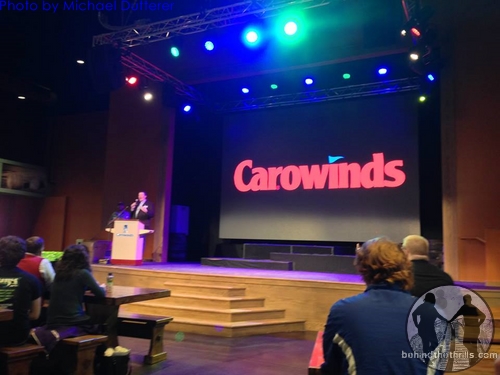 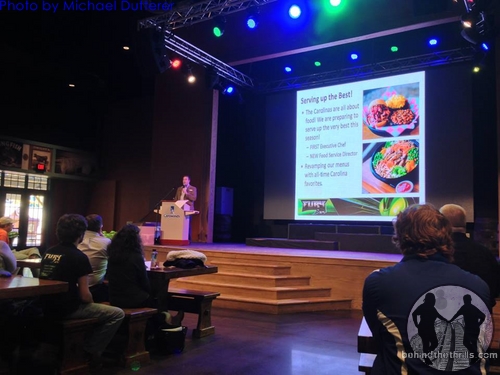 While no specific details were given about the entertainment options, there were several new things revealed about the dining options. The biggest thing is that the park will, for the first time ever, have an Executive Chef. That will mean more tastes that are unique to the park, and could help set the park apart from other parks in the Cedar Fair Chain. The Chef will help bring an all new menu that concentrates more on the regional favorites that everyone loves, getting away from the traditional burgers, fries and pizza. While those options will also be available, the park is mainly focusing on diversifying their menu choices, including several new healthy options. 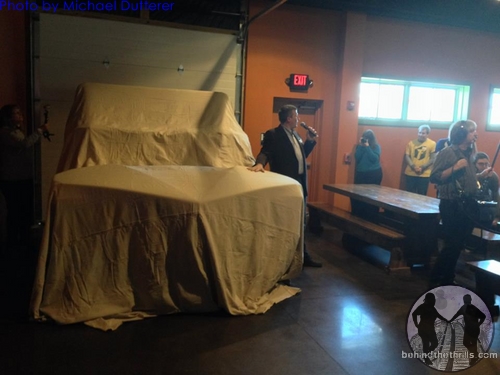 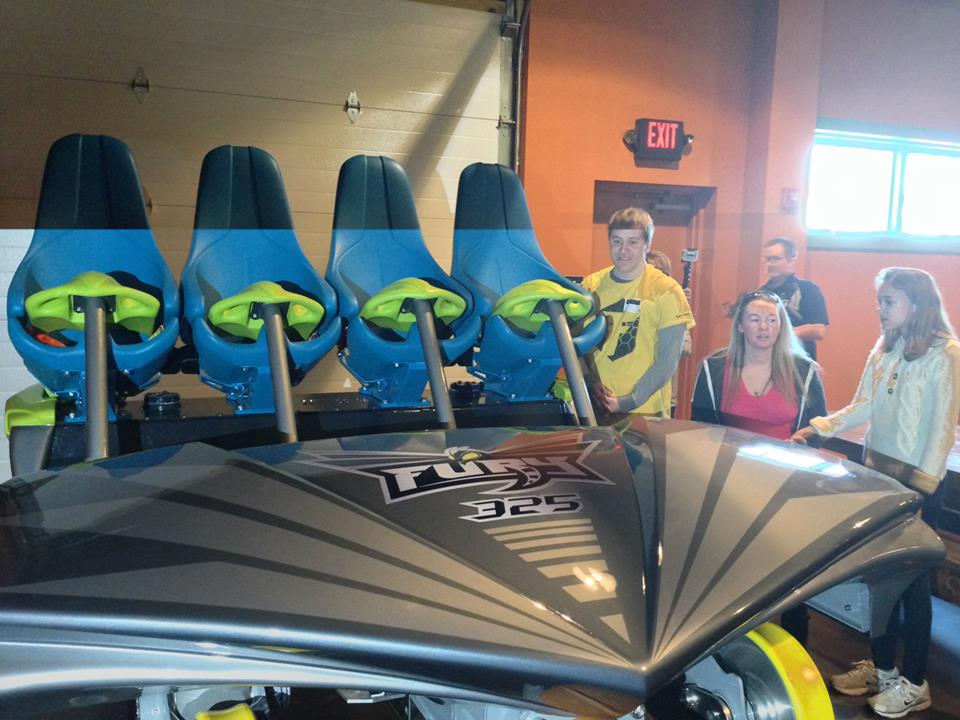 The biggest surprise of the day came when the lead car for the first train was unveiled. The all new  car has a very sleek looking color scheme of silver, grey, blue and neon green. It matches the coaster perfectly. These cars are the standard B&M Giga-Coaster cars, with the same elevated restraints. The cars have only lapbars that come down and cover the bare minimum of your lap, which gives you plenty of air time, and a great weightless feeling through many of the dips and drops.

Slideshow-Check out even more pictures from Carowinds!

The tour was part of the A.C.E. Winter Warm Up Event, apparently held every year. Check the official ACE page for more events and to learn how to go behind the scenes.

Stay tuned for even more from Carowinds, and be sure to get social with us on Facebook, and follow along with us on Twitter @BehindThrills for the latest updates!