Construction at SeaWorld Orlando ramps up, as the park gets ready for a huge 2015

SeaWorld Orlando is poised to have a huge year. The park is going to feature Bindi Irwin as part of their “Wild Days” celebration, and introduce an all new Christian music festival called “Praise Wave” with a special Shamu show in February. Then the park will have a huge line up for Bands, Brew, BBQ in March, along with a massive party with Viva La Musica! later in the year. SeaWorld is also going to be debuting an all new Clyde and Seamore show later this Spring, and will continue it’s huge 50th anniversary celebration. All in all, a ton of stuff is happening at the park this year. January, however, doesn’t have much happening, which makes it the perfect opportunity to get construction projects underway. We take a look at some of those projects, and take a run around the park! 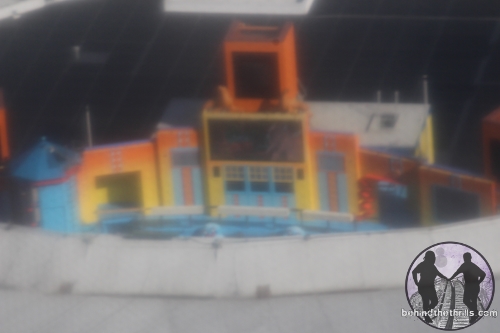 The biggest project, and probably the most anticipated is the all new Clyde and Seamore show-Sea Lion High. The new show will take the two back to school, and have them try to graduate, as a rival jock tries to sabotage them. From the SkyTower, you can get a perfect view of the entire park, as well as some of the set for the new show. The only problem, the awesome 50th anniversary logo wrap on the tower makes it kind of hard to get a clear picture. Still, you can definitely make out the bright new colors as well as a huge water tower that will be used in the show. There also seems to be a video screen right in the middle of the stage. 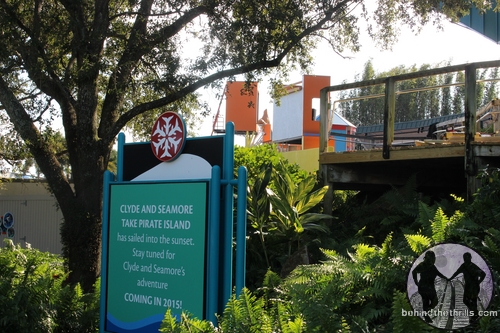 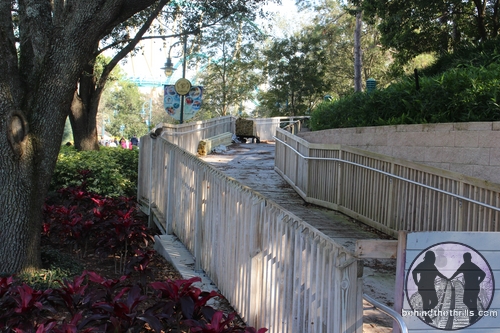 On the ground, outside the stadium, you can get a good look at the bright colors, although you can’t see too much of the stage. You can also see the wheelchair ramp getting a bit of work. The show is replacing the long running “Pirate Island” show. This new show is highly anticipated, though it could be the first time in almost 20 years that the park will do the Sea Lion show without mimes. The pirate mimes were a huge part of the pre-show for “Take Pirate Island” which closed in 2014. The mimes were part of the 300 employees that were laid off due to the restructuring. There has been no word either way if the mimes will return, so it’s looking like a wait and see. 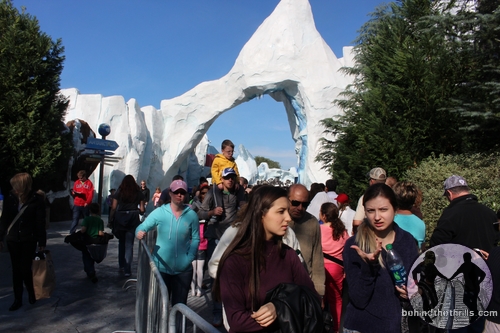 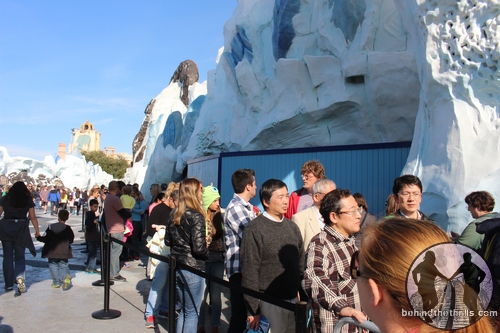 Antarctica:Empire of the Penguins is getting some queue work, which pushes the line way out of the normal area. It looks like some basic rock work is being done, which shouldn’t affect things at all. However, while many could argue that the line only looks long because of the construction work, the posted wait time was still about 60 minutes, which is a pretty good wait for January. People are still loving penguins, even with the colder temperatures in Florida. 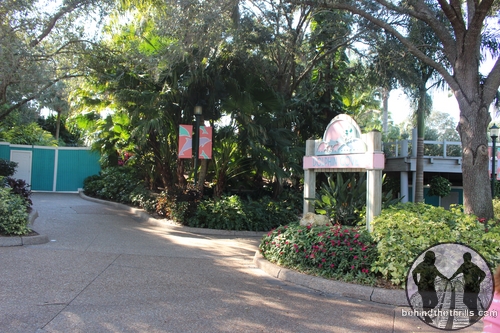 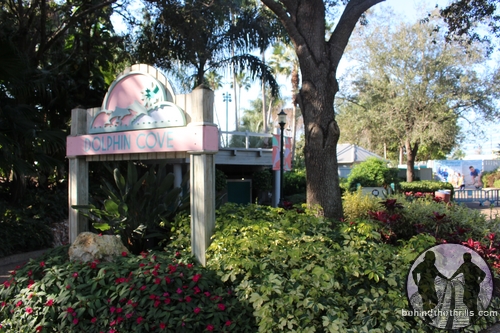 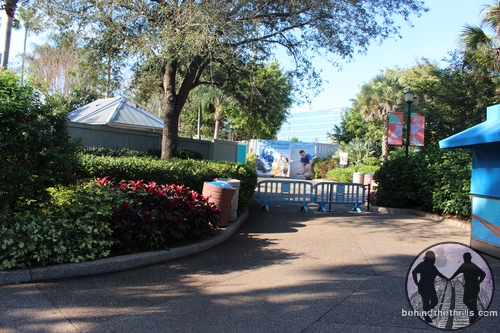 While Florida doesn’t get much of a winter, it is still cooler than normal, which keeps a lot of the big local crowds away, which makes it the perfect time to do some rehab work on major attractions, like Dolphin Cove. The area closed about a week ago, and is down for refurbishment. The official website has the area being closed off until the end of February, but some say it could be a bit longer. Still, the official word is February, we’ll have to wait and see when the time comes around.

Video-Get a great look at construction at SeaWorld Orlando

2015 should be a huge year for SeaWorld Orlando, and should kick off with a massive festival season. The park will also have some surprises in store as they continue with the 50th anniversary celebration, which continues through the rest of this year.