Hong Kong Disneyland is making some major expansions within the next few years. The park has already added Toy Story Land, Grizzly Gulch, and Mystic Point over the past few years. It added the first ever fully LED parade to the park in 2014, with the Paint the Night Parade, and now they’re giving explorers to rest their head in 2017. 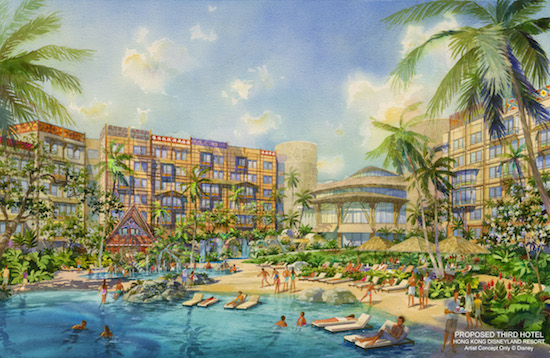 The all new Explorer’s Lodge was announced Monday for Hong Kong Disneyland, and will be the resort’s third hotel. Each hotel has a different design, style and theme, and the Explorer’s Lodge will be no different. It will be inspired by the spirit of adventure, the beauty of Asia, and themed around the 1920’s Explorers that graced the covers of such magazines like National Geographic. 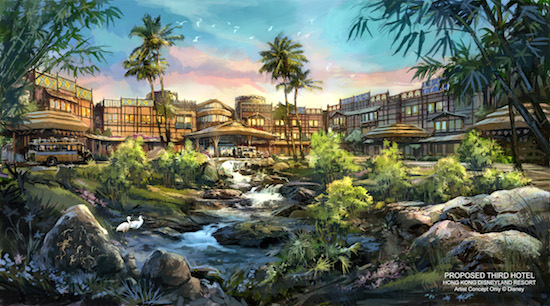 Like everything at Disney, the hotel will tell a story. Four explorers in the 1920’s build a lodge based on their travels from around the world, adding in artifacts and decorations from their adventures. The hotel will derive themes based on the adventurers travels to an African savannah, a South American rainforest, a Polynesian island, and the beauty of Asia. The hotel will feature four unique gardens for guests to explore- South American Garden, the Polynesian Garden, the Asian Garden and the African Garden.

The hotel will also feature three unique restaurants, as well as a huge outdoor pool and more.

This hotel joins the latest expansion coming really soon to Hong Kong Disneyland, an area based on Marvel’s Iron Man. The new area will feature an all new ride where guests get to go along with Tony Stark on a ride fighting bad guys, and all kinds of mechanized monsters.