It’s bound to be one of the biggest attractions in Central Florida, quite literally! The Orlando Eye, at I-Drive 360 is all but complete. The wheel itself has been completed over the holidays, and now all that remains (besides electrical and lighting) are the 32 massive gondolas that will actually carry guests 400 feet in the air on the 20 minute journey. While the Orlando Eye itself is awaiting completion, several other venues are finishing up, and even more new venues are starting construction. We take a look around the area, and check on that massive wheel. 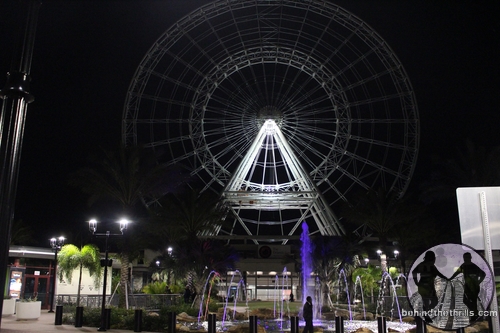 The Orlando Eye is truly the centerpiece of I-Drive 360. It sits almost dead center of the property, towards the back, looking out over the rest of it’s domain. The area is starting to see a lot more traffic than in the past few months, as many more venues are starting their completion, and much of the area is open to foot traffic. So far-Yard House, Outback, Carrabba’s, and Tin Roof Orlando have opened their doors at the all new dining and entertainment district. There are several more on the way, but it’s the Eye and the other attractions that so far are the magnet that everyone in Orlando is drawn to. 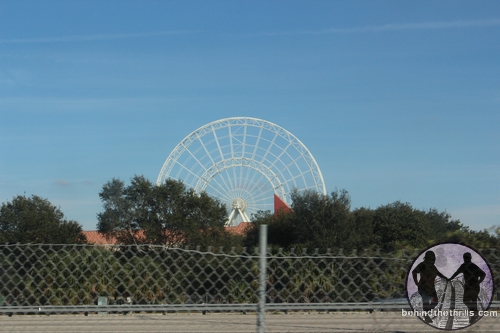 Probably one of the most impressive things about I-Drive 360 is that you can see the Orlando Eye from just about anywhere in Orlando. The Eye is absolutely massive, and makes for a great focal point along many highways and roads. Once complete, the wheel will draw in tourists and locals alike to the new destination. Tourists will want to see the new attractions, while locals will love it for the great hang out and atmospheres that the restaurants and shops will bring, or at least that’s the hope. 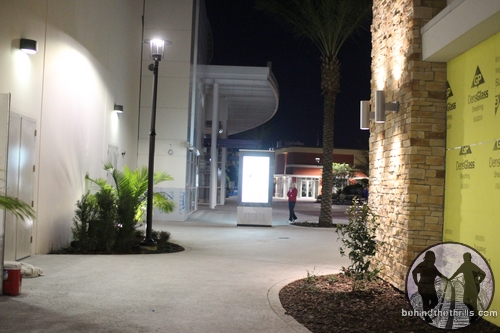 Much of the area is now open to the public, with the attractions all still under wraps. The area have a very cheerful vibe to it, and is really starting to see the crowds with the few restaurants that are open. There are still quite a few places left that will be open very soon. Advertising is already up for Cowgirls, a bar that promotes a mechanical bull. There’s also Toca Boca which is advertised as a Tapas Bar and Paella (not sure what it is, but it sounds delicious). The most curious for us, however, is Sugar Factory. The restaurant/candy store specializes in “couture pops” which allow you to basically do your candy like a rock star. You choose a handle, and lollipop flavor, and do it up Hollywood Style. Of course everything else, from the food to even the cocktails will have a candy flair making it the perfect match for Orlando. Visit the official Sugar Factory Orlando Facebook page to find out a little more. 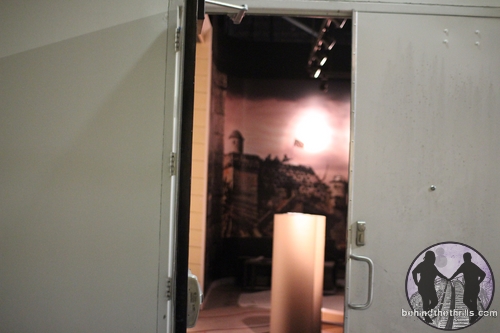 One of the main new attractions is going to be Madame Tussaud’s Wax Museum. While the attraction isn’t open yet, an open door gave us just a peek at what we could expect. While we didn’t go in, or see any wax figures, the museum did promise a look at Florida culture. What we could see on the wall looked like a mural of the Castillo De San Marcos in St. Augustine. There could be other Florida locations as well, but the part that we are most curious about are which celebrities will be part of the show. We already know that Selena Gomez and Ricky Martin will be on display, but who else?

Video-Go on a tour of I-Drive 306, opening Spring 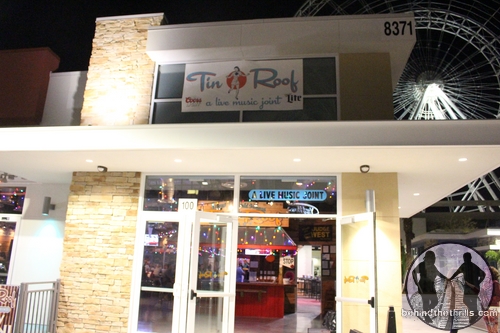 The newest addition to I-Drive 360 is Tin Roof Orlando. The all new bar/restaurant is from the chain that originated in Nashville. The focus is music and good times, but the Orlando location is diving into food that isn’t just bar favorites. Stay tuned for a huge review and tons of pictures a little later.

Slideshow-Check out even more pictures from around I-Drive 360

There should be so much more happening at I-Drive 360 in the coming few months, as more openings are scheduled, and the Orlando Eye finally starts spinning! I-Drive 360 is making our list of the most anticipated new attractions, for the sheer fact of the unique mix of attractions and restaurants coming to the new district later this year.

For more information about The Orlando Eye, and other attractions, visit the official Orlando Eye website by clicking here!

TAG2015 Attractions I-Drive 360 The Orlando Eye Tin Roof Orlando
Previous PostUniversal Orlando releases line up for 20th annual Mardi Gras! Next PostConstruction at SeaWorld Orlando ramps up, as the park gets ready for a huge 2015