Legoland Florida has fast become a favorite destination for families, with tons of attractions and fun based on the colorful bricks that make up many childhoods. In the few years that the park has been opened, they have expanded to include a waterpark, several new attractions,  and even the historical Cypress Gardens, on which the park was built. In 2015 the park pushes to become a multi day destination as they get ready to open the all new Legoland Florida Hotel. In addition,  the park is poised to open an all new attraction with Lego Friends Heartlake City. 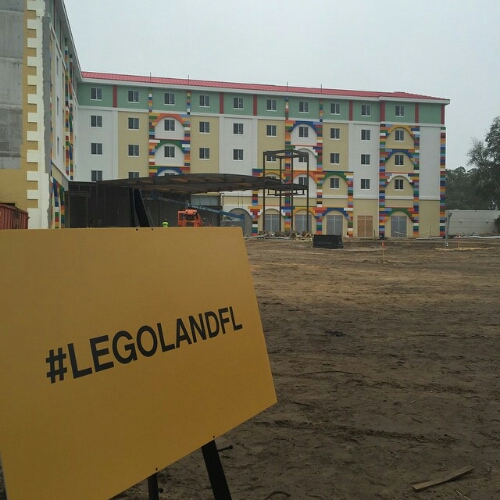 The new hotel will be  the centerpiece of the Legoland Florida Resort. The hotel will give guests the chance to stay, literally,  onsite at the park as the hotel is just steps away from the park. The all new hotel is also a huge boon for the community,  as it brings in 150 jobs. 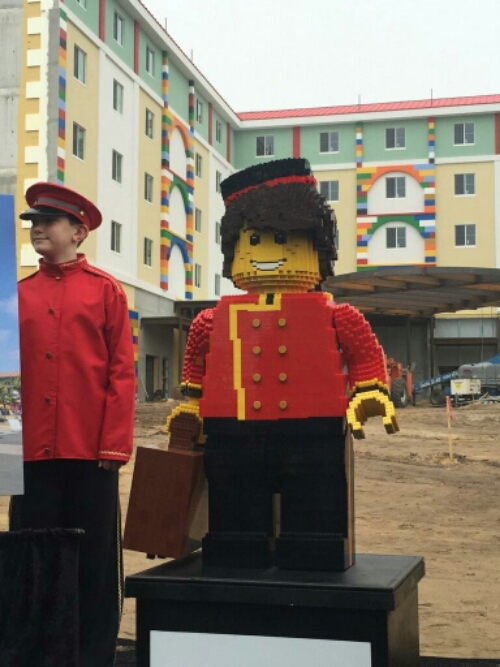 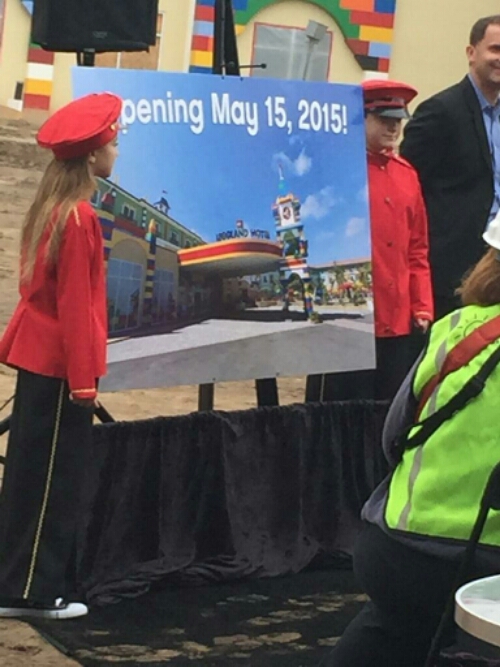 The all new hotel will feature four themed room areas, a child size buffet as well as Lego models everywhere. Guests can even watch Master Builders at work, as the park’s master builders will be moving their workshop into the hotel. Guests can even take classes to learn how to become a master builder themselves while staying at the hotel.  Our favorite feature not the elevator will be the disco-elevator. Dance your way to your room!

The hotel will feature 152 rooms, themed to one of four themes. So far the three known themes are Pirate, Kingdom, and Adventure. The fourth theme will be known at a later date, but we’re going to speculate and say that they will either be filmed to the Lego Movie, or to Lego Friends. The hotel will also feature four huge VIP suites, which will feature amazing views of the park and the lake, as well as possibly give guests use of an iPad for the “downtime” when they aren’t being amazed by the hotel. Another really cool feature will be in room character dining. How personal of an experience is that for your little ones?

Brick’s Family Restaurant will feature a kid sized buffet, with free breakfast for hotel guests, and will also feature lunch and dinner. The hotel will also feature about 2,000 different Lego models around the hotel, and pool areas. Speaking of the pool, it will be a zero entry pool, with great views of the nearby lake. There will also be a rebuilt boardwalk area for guests to enjoy.

Reservations are open now, and are booking fast for the summer. The hotel is the third Legoland hotel in the world, and the second in the United States. 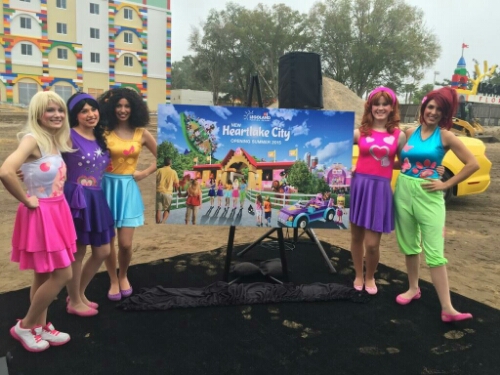 Legoland Florida is also bringing the Lego Friends line to life in a the park with the all new Heartlake City. The Lego Friends collection focuses on friendship and fun for girls, and the new area in Legoland will do the same. 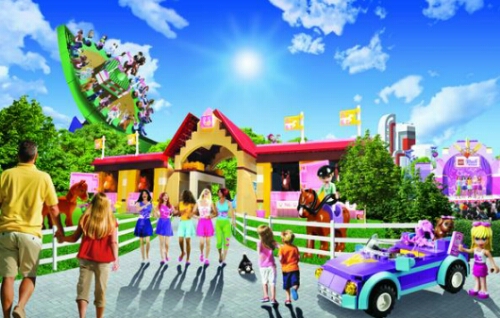 The area will feature Mia’s Running Adventure, which will be a Disk-O or “halfpipe” coaster type ride that will simulate being on horseback. The ride is very tame, and should be good for the entire family. The area will take up the space around the mansion, and greenhouse area. Heartlake City will also feature interactive shows, restaurants, and shopping all themed to Lego Friends.

2015 will be a huge year for the park as they make the huge transition into a multi day resort. The park is also putting together some massive events for 2015, all of which will be included with theme park admission.
We are embarking on a huge construction tour of the hotel, so tune back in later today for even more photos and videos.
Stay tuned for more from Legoland Florida,  and be sure to get social with us on Facebook and follow along with us on Twitter @BehindThrills for the latest updates!

For more information about the Lego land Florida Resort,  including tickets and hotel reservations,  visit the official website by clicking here!