An outbreak of measles has been linked to Disneyland, and it’s spread as far as Utah. Several news sources are reporting that the California Department of Health is investigating nine cases of measles tied to Disneyland or California Adventure. The spread of germs, and infectious diseases are common occurrences in schools and work places, but theme parks? It really only makes sense, with that many people coming from different areas of the world, and that many walks of life that sooner or later you’ll catch a cold or flu or something in a park. But measles? The nine cases are believed to be linked to one case that started at Disneyland in California. 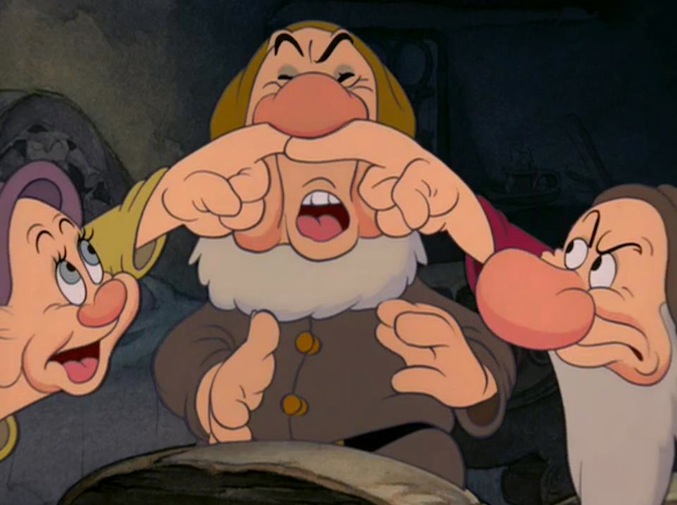 The measles vaccine has all but wiped out the vaccine, but there has been an uptick in measles cases over the past few years, with the disease breaking out more in Southeast Asia, Europe and The Middle East. In the states kids are vaccinated for measles, mumps and rubella as early as one year old.

So what is the Disney connection? Officials say they believe a single person visited Disneyland in late December, which could have lead to the infection of others, which of course could have spread to a few more people. The disease is infectious for nine days, and in the first few days, it’s hard to tell the signs apart from the common cold or flu. Naturally Disney is working as hard as they can to help with the investigation, and keep the sickness from spreading.

It really does bring up a good question, should you be concerned about germs and the spread of infection while visiting a theme park? Yes, and it’s something that a lot of people are not only concerned about but also actively battling against.

We took to social media to ask what the concern was, and to ask what you would do to help stop the spread of germs. Here’s what you said:

@BehindThrills Silver Dollar City has GermX dispensers all over the park for their guests.

@BehindThrills It does gross me out (as in any public place.) I wash my hands a lot and carry hand sanitizer. — Perky (@PerkyJewels) January 8, 2015

@BehindThrills not concerned really, grew up with out sanitizer, drank water from garden hose, was always getting dirty and didnt care.

Germs at theme parks are a viable concern, especially for those parks in warmer states that are open during the winter. However, a lot of people seem to have the same ideas, and opinions-wash your hands, carry hand sanitizer.

While getting sick at any theme park is a risk, it’s less than a risk then getting sick at work or school. The biggest things to remember is that you don’t really know that person in line next to you, so it’s best to keep a bottle of hand sanitizer either in your pocket or bag, or as close to you as you can. Washing your hands is also a very good way to keep from getting any bugs that might be floating around. Another tip? Stay hydrated. When you let yourself get dehydrated, even if the weather is cooler, you lower your immune system and risk the chance of infection.

The biggest tip of all, however, is if you feel a little under the weather, stay home. Theme park trips can be rescheduled, and it’s not worth feeling miserable to enjoy a little park time. If you do feel a cough or cold coming on, be sure to pack plenty of tissues, and be courteous…try to get away from crowds when you feel a sneezing or coughing fit coming on. And of course, just like mom said, wash your hands.

Many parks, like Silver Dollar City, offer hand sanitizer stations throughout the park. Many parks have gone to touchless systems all around in the bathrooms to help control the spread of germs, with touchless sinks, toilets and even paper dispensers being the norm in most theme park restrooms.

While an outbreak of any disease or major flu is rare, it does happen, especially this time of year. So when visiting a theme park, take a little extra care, a little extra hand sanitizer and wash your hands a little extra.

Update
As many as 70 people have now been confirmed as being infected with measles, prompting health officials in California to urge anyone who has not been vaccinated from the disease to do so immediately.
Among the sick are five Disneyland cast members. The disease has been reported in five states as well as Mexico, and has affected people from the ages of 7-70.
California typically reports anywhere between 5 and 60 cases of measles yearly, so to start the year of with 62 cases in California alone is not a good way to start.
While Disneyland has been the park affected, all Southern California theme parks could become potential areas of infection, though no other links have been made yet.
It is very important to remember to be vaccinated before you go, and to follow the most basic of healthy tips, like the ones above.