Ozzy to open “Hellgate” in Vegas this October

The Internet is all abuzz today after Ozzy Osbourne appeared on his wife Sharon’s show, The Talk, last night and made mention of Hellgate. What the hell is Hellgate? When the hell did Ozzy announce this thing, and when the hell will we know more? Your guess is as good as ours. 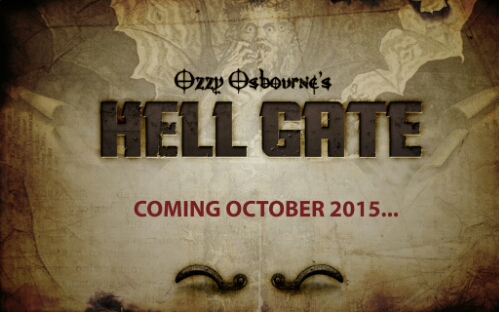 The Facebook page was created in September of 2014, and has been sitting there relatively unnoticed. Sharon Osbourne has been quoted in several papers and interviews as saying that she was working on something in Vegas for Ozzy just in time for Halloween.
It wasn’t until Ozzy’s appearance on her show that it was announced to be an interactive experience. But what does that mean?
Are we looking at a stand alone haunted attraction? Perhaps there will be some amazing show that will be happening for the entire month. Whatever it ends up beimg, we’re very curious.
It would not be very surprising at all if it ends up being a haunted attraction. Ozzy, and the rest of Black Sabbath had their music as the centerpiece of the Halloween Horror Nights Hollywood Maze: Black Sabbath-13.

The maze was a huge hit with fans. Rob Zombie had a similar themed house over several years at Halloween Horror Nights Hollywood,  and started his own haunted attraction in 2013.
Rob Zombie’s Great American Nightmare was a stand alone haunted attraction which featured three haunted mazes. In 2014 it expanded from one event into two.
With another artist making the break from theme park attraction to stand alone haunt, and Ozzy being the Prince of Darkness,  it’s very likely that he will headline a very highly themed haunted experience.
Let’s also not forget that Vegas seems to be the place for haunted attractions,  with several opening in September and October every year. Eli Roth also tried his hand at creating a year round haunted attraction, bringing his storytelling and penchant for blood and guts to Goretorium. The venue was plagued with financial problems and closed less than a year later, but Vegas does seem to be extremely popular for haunted attractions,  and certainly has the crowd levels for a huge production.
So far, the only information is from the Official Ozzy’s Hellgate Facebook page.