Harry Potter fans all over the world will descend on Universal Orlando for what is shaping up to be an annual celebration. A Harry Potter Celebration is in it’s second year of being an annual event, and this year brings some big changes to the two day festival that celebrates the boy who lived. To help you plan everything out, and get the most out of your celebration, Universal has released the schedule for the all new celebration, showing you where you can go to see the Q&A sessions, the Harry Potter Expo, and much more. 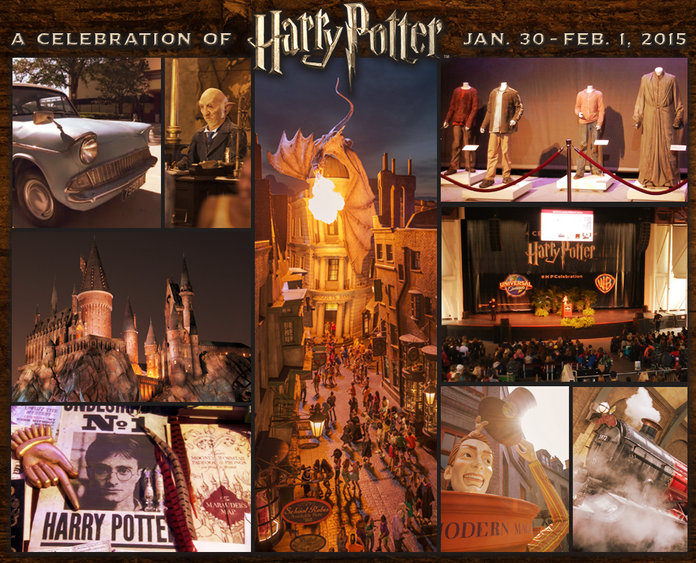 Unlike last year, the Celebration of Harry Potter takes place entirely in Universal Studios. The reason being that the all new Diagon Alley is open, and is much larger than the Village of Hogsmeade. Universal will split up the big Q&A sessions between being at the Music Plaza Stage and the Fear Factor Live Stadium, right next to London.

The events are also very unique this year, and there are more of them. This could be Universal’s way of testing the event for a much larger run in the coming years, especially with more Wizarding World films hitting in 2016 with Fantastic Beasts and Where to Find Them beginning it’s trilogy run.

The schedule breaks the events down over the the three days, with most of the festivities happening on Saturday, then into Sunday.

There will also be autograph sessions happening, however you must have a ticket to get an autograph. There will be three autograph sessions on Saturday and Sunday, all three happening at the same time, and with different film talent. If you wanted to get all three, you’re going to be out of luck. The tickets are going to be given out at the Blue Man Group Theater, beginning at 7:30 a.m. You can also only get one autograph session ticket per day. We imagine that the park will use the return ticket machines that they currently use during busy sessions for the Wizarding World of Harry Potter to distribute the tickets, and that they will be tied to your theme park admission ticket, though that has not been confirmed.

Need to know more? Of course you do! Check out our 7 Things You Need To Know About A Celebration of Harry Potter!

The line up is absolutely huge this year, and looks like a ton of fun.
Update

It looks as if Robbie Coltrane, who played Hagrid in the films could miss the event altogether.
According to the Telegraph Mr. Coltrane fell I’ll with flu like symptoms, and was admitted into an Orlando hospital. Good chance he will have to bow out, which is no big deal, as his health is much more important than an appearance. He could possibly still make the event, but let’s hope he only does so of he’s feeling much better. Let’s also hope for a speedy recovery.
If you want to download a PDF of the schedule, click here.

Stay tuned as we bring you even more Harry Potter fun, and be sure to get social with us on Facebook, and follow along with us on Twitter @BehindThrills for the latest updates!

For more information about A Celebration of Harry Potter at Universal Orlando, including tickets, visit the official website by clicking here!