Busch Gardens Tampa has received a double dose of cutey pie, cuteness on a cutescicle with cute on top. Is that enough cute for you? Probably not, but the park has welcomed two three month old cheetah cubs. The cubs are part of the Association of Zoos and Aquariums’ (AZA) Species Survival Plan. Cheetahs are extremely endangered in the wild. 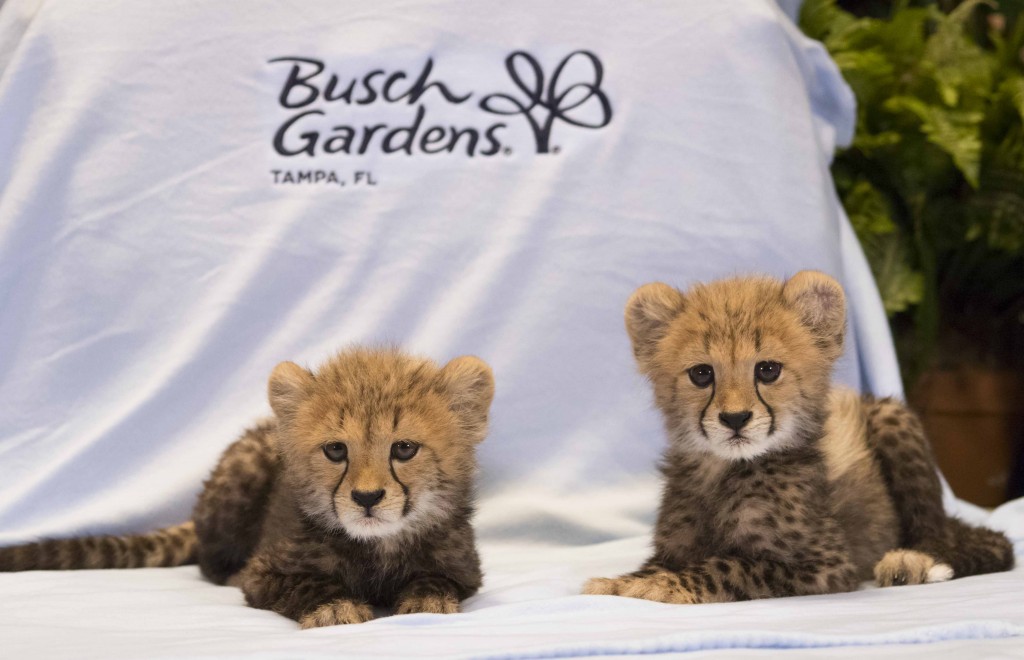 While Cheetah Hunt is an exhilarating launch coaster, meant to match the speed of the world’s fastest land animals, Cheetah Run is a naturalistic habitat in which the animals can play and run.

Today there are less than 12,000 cheetahs left in the wild. They are being hunted for their fur, pushed out of their habitats by constant development, and are having their food sources threatened as well. While cheetahs are capable of reaching speeds of over 65 MPH, they can only do so in short bursts, which they do only while hunting. The common misconception is that a cheetah just goes running around all day at super-hero speeds, but the reality is speeds like that take a lot of energy, so they reserve it for hunting. Once they land their prey, they must eat and feed quickly before larger more aggressive animals, such as lions, and hyenas, come in to steal their prey.

Cheetah Run at Busch Gardens is one of the places that people can see the animals not only in action, as they have daily runs for enrichment, but also relaxing with other member of their family. Programs like the ones at Busch Gardens Tampa, and other zoos around the world, are key to not only understanding the animals, but also in helping the animals strive in the wild, as we learn more about the behavior and how we can help.

Stay tuned for even more from Busch Gardens Tampa, and be sure to get social with us on Facebook, and follow along with us on Twitter @BehindThrills for the latest updates!