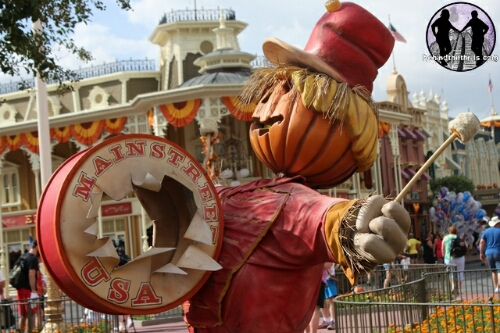 Mickey’s Not So Scary Halloween Party, and Very Merry Christmas Party are huge events that require separate tickets. Meaning, you can’t get in for a regular park admission.
While that sounds like a bad thing, it actually works out to be a little more beneficial. Right now, the special event tickets are much cheaper than a one day admission to Magic Kingdom. Rides are still open, and there’s extra shows, characters and fun that you can’t get during a regular day in the park.

This year there are 25 days for Mickey’s Not So Scary, and 20 for Very Merry. The date of both also starts later than last year. That might be okay for Not So Scary, but Very Merry sold out the first night and stayed busy for the entire run, thanks in large part to Frozen.

Here’s the dates for Not So Scary:

And here are the dates for Very Merry Christmas:

Tickets for both events go on sale in April, and with many dates, they will sell out quick.

For more information about Magic Kingdom at Walt Disney World, including tickets, visit the official website by clicking here!