Loews Hard Rock Hotel at Universal Orlando Resort has been long considered one of the coolest hotels on the planet. The outside of the hotel is designed to look like the “Hotel California” cover from the Eagles. There’s rock memorabilia everywhere, and they have concerts in the lobby lounge! The hotel just got a little bit cooler as the Hard Rock Hotel turned the volume up to 11 on their rooms, and have revealed all new “amped up” offerings. The new rooms have a new attitude and some new flair to make it easier for guests to live like rock royalty. 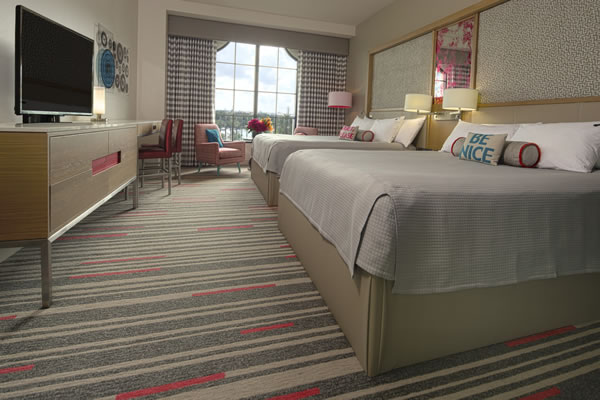 Clean retro shapes, colors and patterns are set against this all new design inspired by the music that defined generations, and the on-site location of Universal Orlando. The rooms come alive with new rock themed murals, decorations and attitude.

“We are excited to reveal a totally new and distinctive look for our guest rooms and corridors,” says Managing Director Carlton Hudson. “Guests are already telling us the transformation is off the charts.” 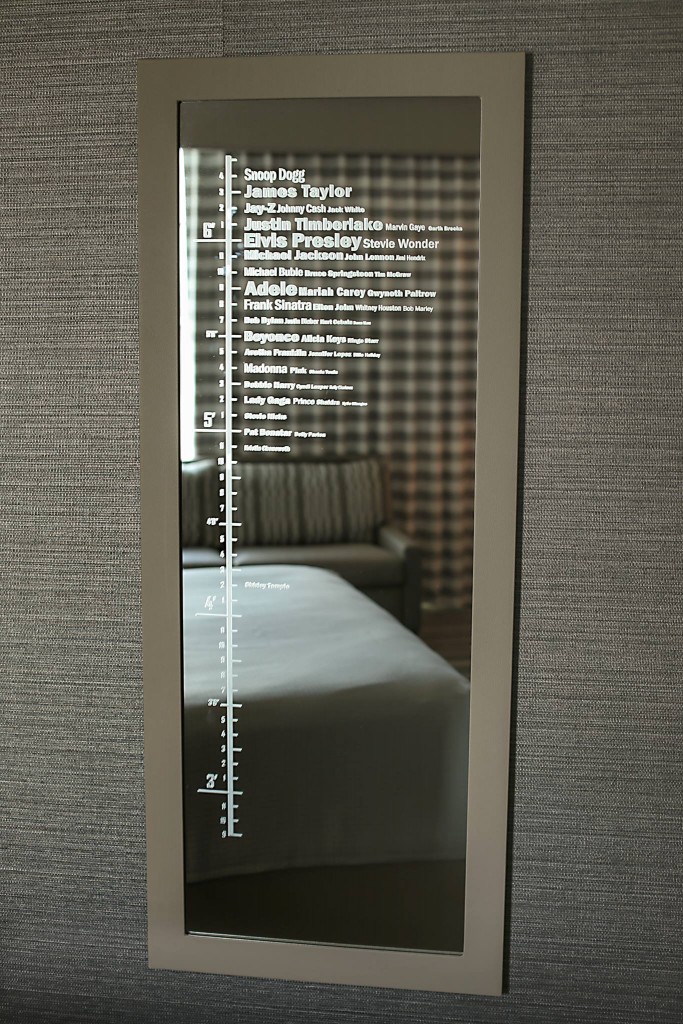 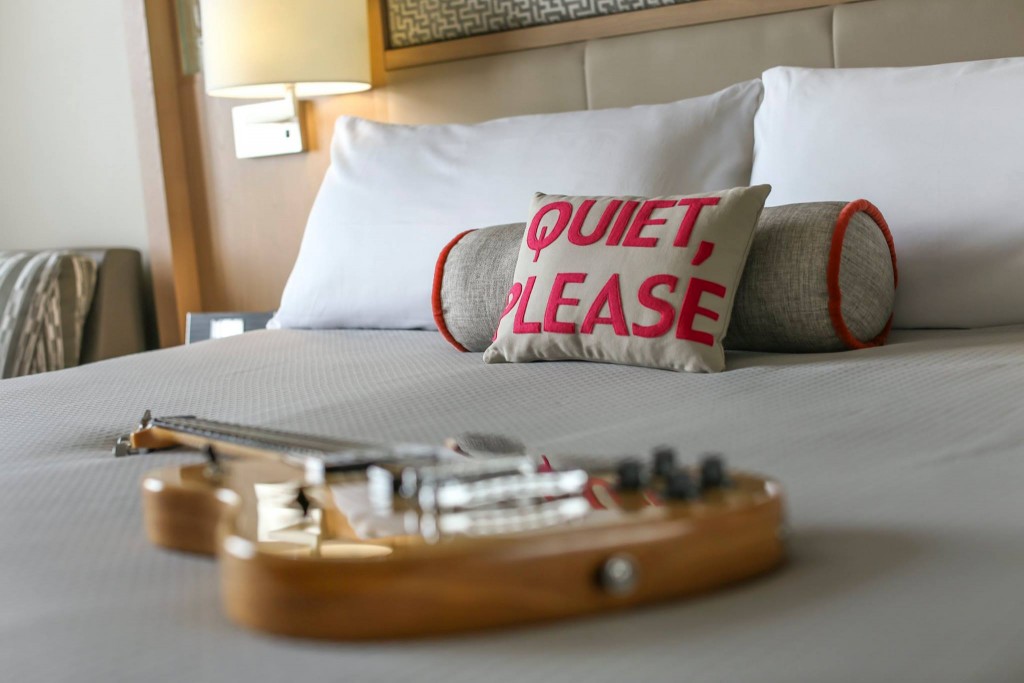 Drumstick art, and a mirror that measures the height of some of the world’s most famous musicians are some of the key features of the all new rooms. The hotel also redid all of the corridors and passages in the hotel to match the rooms.

The hotel has tons of benefits, most of which guests at Universal already knew about. The hotel is literally steps away from the park, has a massive pool, and three great restaurants onsite. Guests also get unlimited free Express at Universal Orlando for the length of their stay.
Some new benefits include “The Sound of Your Stay” which allows guests to pick up a guitar to use in their room…for free…to jam out with.

Stay tuned for more from Hard Rock Hotel, and be sure to get social with us on Facebook, and follow along with us on Twitter @BehindThrills for the latest updates!

For more information about the all new rooms at Loews Hard Rock Hotel, including reservations, visit the official website by clicking here!