All about the hat-Does taking down the Sorcerer’s Hat at Disney’s Hollywood Studios really make a difference?

The sorcerer’s hat at Disney’s Hollywood Studios has been a topic of debate since it went up for the “100 Years of Magic Celebration”. The hat has finally come down, and has revealed the original look of the park, as it was intended, when it opened in 1989. The reason the hat stayed up so long is a mystery, and it’s also a topic of hot contention. The real question, however, is does the hat really make a difference? Was it so bad, and if it was, why was it so bad? 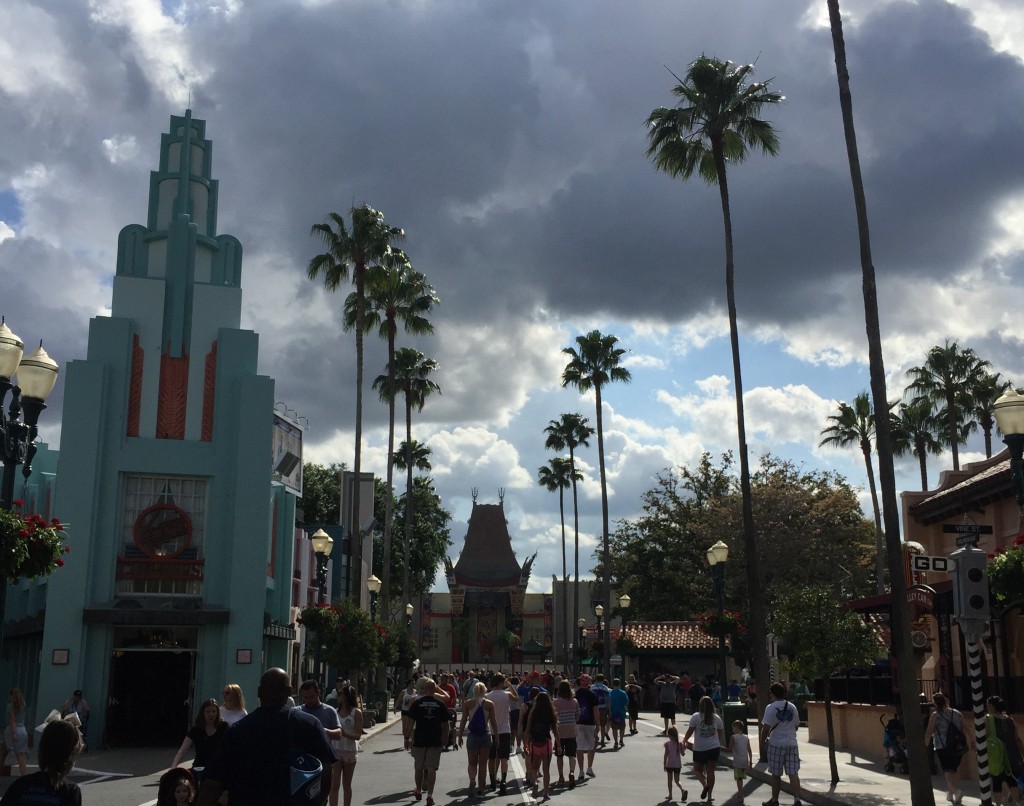 Disney’s Hollywood Studios is a place where you can relive the golden age of Hollywood, and feel what it was like to be a movie star in the early days. The glitz and the glamour are all around, from the very moment you walk into the park, and look down the front gate to the end. Only, what is now a beautiful view, once was the view of a giant weenie, and what many called an eyesore. For those who aren’t familiar with the term, weenie was used by Walt Disney himself to describe the landmarks within the parks. Maybe it was because they stuck out? Not sure…moving on.

There’s many reasons that people whisper about, but probably the biggest reason was just timing. The hat went up in 2001 as part of the huge “100 years of Magic” celebration, that celebrated Walt Disney’s 100th birthday. Then, everything fell apart as the terrorist attacks of 9/11 happened. Attendance at the parks dipped, and tourism was pretty much finished for a good long while. The industry didn’t start recovering to pre 9/11 levels until around 2004, and at that point the economy started diving. Management shifts also started happening around that time. So, given all those reasons, it was probably not a good idea to spend money to take the hat down. Also, there was the rumored lawsuit from the owners of the original Chinese Theater in Hollywood.

Let’s fast forward to 2015, and look at the park now. The hat is gone, and fans everywhere are rejoicing. But why? Does a hat really make that much of a difference? Sure, we prefer the look of the park now, but why all the hate?

Apparently, it’s all about story.

Disney’s Hollywood Studios, like all Disney parks are supposed to, tells a wonderful story through the areas, lands and rides. Arguably, besides Magic Kingdom, Hollywood Studios does it best. It has all the charm of a bustling California from the 30’s, when the film industry was still young, and everyone wanted to be a star…not only that, everyone COULD be a star.

The buildings have this grand architecture, and even the streets have a way about them. Sure, you have a mish-mash of attractions, and lands, but at the heart of it is that bygone era.

And then you had the hat…right in the middle of it. The story wasn’t exactly ruined  by the hat, but it really had no place.

Now the entire park seems like it’s undergoing a huge metamorphosis, and will become an entirely new beast. There’s rumors of Pixar taking over a corner, of Star Wars taking over another. The park will change immensely over the next few years, complete with a new name that will be coming soon. The story of the park will also, undoubtedly change, and it looks like we could see the whole park turn into an adventure through Hollywood, through different times, and art forms. The park is going from just a studio park to a full fledged adventure.

If you were a fan of the hat, take heart. The crews took special care to dismount it carefully, and it could pop up at another park, a restaurant or even a hotel. While you may not care for the hat at Studios, that doesn’t mean it doesn’t have a place.