Fast and Furious:Supercharged at Universal Studios Hollywood gets opening date and first look!

It’s getting close! The next chapter in the amazingly fun Fast&Furious franchise hits theaters in just a few weeks, and now we get a first look at the all new ride experience at Universal Studios Hollywood, as well as an opening date! The all new ride will be part of the Studio Tour and will be a 3D, adrenaline fueled thrill ride! 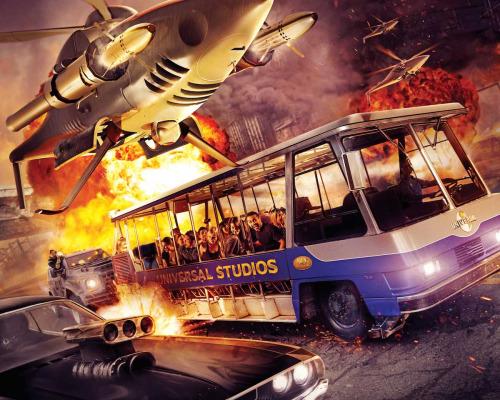 It’s coming June 25th!  The all new attraction will feature Vin Diesel,  Michelle Rodriguez,  Tyrese Gibson and Dwayne Johnson.  They will reprise their roles from the film series, and will thrill audiences with a mix of 3D, special effects and more!

Are you ready kid?

The new attraction will be the finale to the Studio Tour, and will be housed in a 65,000 square foot building,  with a 400 foot long 360 degree screen, that uses 34, 4K 3D projectors to create an amazing experience.
The new portion will.open to guests on June 25th at Universal Studios Hollywood.  The new film, Furious 7, opens April 3rd.