To even the most casual film fan to the biggest cinephile, the Florida Film Festival has panels to suit your taste. In order to get a better perspective on filming and film making, we recommend if you plan to attend any of the films of the film festival to try to make it out to a panel or two. 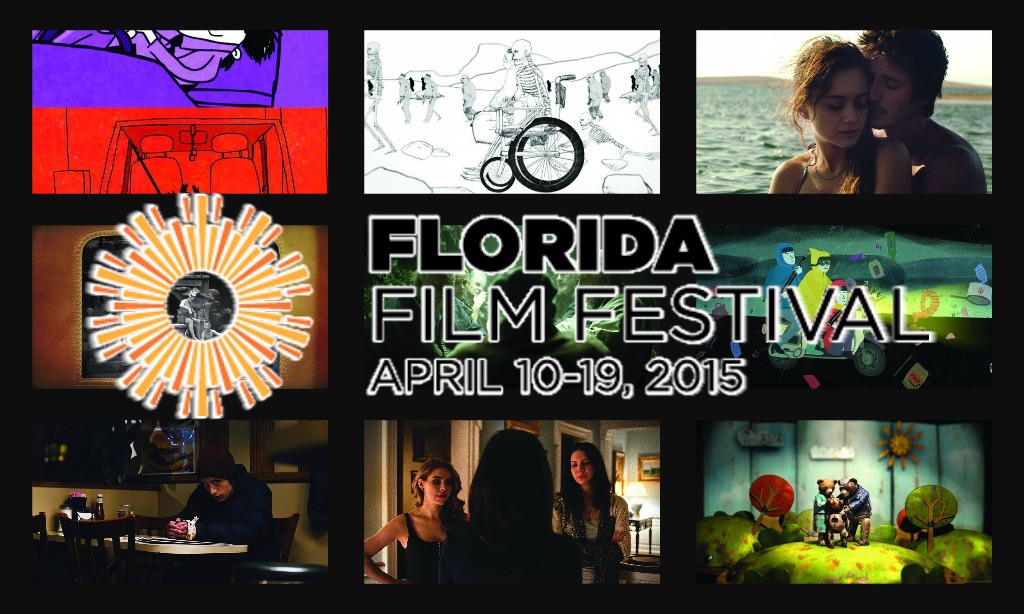 From white sandy beaches to brick paved main streets, Florida is America’s backlot. The Film in Florida panel is your Everything You Need to Know Guide for filming in Florida, from locations, to incentives, and everything in between. Learn more about how Florida has the 3rd largest talent pool in the US and how Florida can make the most out of your budget. Florida is more than just a great place to visit with your family… It’s the set of your next film. Sheena Fowler, Director, Film & Digital Media at Orlando Film Commission will moderate, and filmmakers Jason Kupfer and Tighe Arnold (“Invaders”) and Sheri Kebbel (“Dan Behind His Eyes”) will be among those participating.

After the FILM IN FLORIDA discussion, head out to Eden Bar for a mix-and-mingle with industry professionals and fellow filmmakers. This event is free and open to the public.

Films have a huge impact on our world. They not only impact how we see ourselves, but they can affect the political and cultural landscape. Ultimately, a thoughtfully expressed film can create activism and engender compassion for some of the big issues facing the world. This panel will discuss the many ways that films impact society for better and sometimes worst. Should films simply be about entertaining, or is there a larger responsibility at hand? Are documentary films more accessible than in the past, and what new distribution models allow niche projects to reach a wider audience? What are the issues and opportunities filmmakers encounter when they join forces with organizations? Filmmakers who’ve delved into broad-reaching topics such as gay marriage, Asperger’s syndrome, poverty, citizen’s rights, the environment, and freedom will participate in the discussion. Maylen Dominguez, Program Director of the Film Production Master in Fine Arts at Full Sail University will moderate.

What happens when two writers who happen to teach at the University of Central Florida—one in the film department and one in the English department—end up writing films for two of the most brilliant, visionary, and over-the-top (some might say “crazy”) directors in British film history? Find out as American screenwriters Barry Sandler and Pat Rushin share their experiences working with Ken Russell (The Devils, Tommy, Altered States) and Terry Gilliam (Monty Python and the Holy Grail, Time Bandits, Brazil) on the films Crimes of Passion (1984) and The Zero Theorem (2013). Both of these iconoclastic English filmmakers are known for their unpredictability, excess, and wild imaginations, and Barry and Pat will unfold the layers of creative collaboration that went into producing such a provocative sexual thriller with Russell and a playfully cerebral work of science fiction with Gilliam. Moderated by Stephen Schlow, UCF Associate Instructor of the School of Visual Arts and Design, Film Division.

Filmmaker Forum
Friday, April 17, 2–3:30PM at Regal Winter Park Village
The Florida Film Festival hosts some of the most talented new independent filmmakers every year and always sets aside one day just to pick their brains. This lively and dynamic exchange of ideas and know-how inevitably defines a high point in the festival—peppered with tales of triumph, challenge, and creative methods. Don’t miss this once-in-a-lifetime airing of artistic laundry by the filmmakers who get the job done. FFF selections committee member and Rollins College Professor Denise Cummings, Chair of the Department of Critical Media and Cultural Studies, will moderate.

Of course, all panels and discussions are open to the public and free at the Enzian unless otherwise noted.

Stay tuned for more from The Florida Film Festival, and be sure to get social with us on Facebook, and follow along with us on Twitter @BehindThrills for the latest updates!

For more information about The Florida Film Festival, including tickets, visit the official website by clicking here!

Orlando Eats: Florida Film Festival Parties Promise to be Loved By Fans of Film and Food