Late Saturday night, firefighters battled a fire on “It’s a Small World” at Disneyland. The iconic attraction is currently undergoing rehab work on the outer facade, while the ride itself is opened. The fire began around 9:20 PM PST, and is believed to be caused by fireworks. 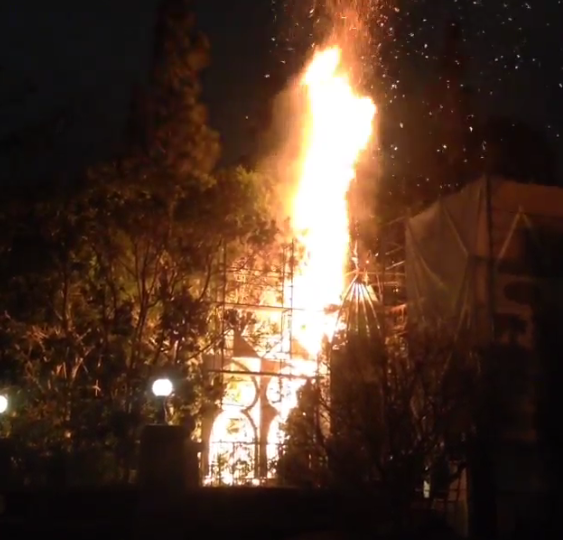 The fire quickly engulfed a tree, and took over some of the tarps and surrounding structures. No injuries were reported, and firefighters were easily able to extinguish the flames. The ride was expected to reopen later Saturday night, as no damage was done to the ride or building itself.

Twitter soon broke out in a frenzy, with many people saying “It’s Karma for Disneyland raising the ticket price”.

The most important thing is that there were no injuries.

Late 2014, a similar problem happened at Walt Disney World when the all new Seven Dwarfs Mine Train Coaster caught on fire. That was also quickly extinguished, and was determined to be caused by falling embers from fireworks as well.