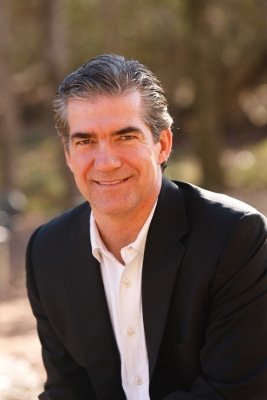 Manby is credited with helping Herschend Entertainment grow from a modest family company to the largest family owned entertainment company in the United States. In his tenure, Manby helped to grow parks like Dollywood and Silver Dollar City, and doubled cash flow. He also helped to take Herschund from six properties to 26.

“I am honored to be selected as SeaWorld Entertainment’s new CEO. This Company has tremendous brands, and for more than 50 years, families have come to our parks to learn about animals, have fun and be entertained,” Manby said. “We are known for our exceptional operations and world-class animal care. My job is to build on that foundation while consistently improving and innovating in a competitive environment. I look forward to working with our more than 23,000 team members through the challenges ahead.”

“The Board of Directors has completed an extensive search process and we are extremely pleased to welcome Joel Manby to SeaWorld Entertainment. Joel has nearly 20 years’ experience and a proven track record with business models very similar to ours – multiple brands and multiple properties in the entertainment and theme park industries,” said D’Alessandro. “Even in the most challenging business environments, Joel has consistently enhanced the performance of the companies he has led for customers, investors and employees alike. He has the experience and qualifications to lead our Company into the future.”

There are definitely some challenges ahead, as SeaWorld is facing a seemingly uphill battle of declining attendance and sliding stock prices. SeaWorld has faced harsh criticism from animal rights activists, as well as what many dub “copy and paste” activists after CNN aired the anti-SeaWorld film, Blackfish. Couple that with a premature introduction into the stock market, and then owner Blackstone dumping all their shares, and you have a recipe for disaster.

Still, there is hope for the future as the new CEO takes the reigns. The company is about to break ground in San Diego on the huge Orca tank expansion that will effectively double the size of the tanks, and will bring guests a lot closer to these powerful animals. That change will happen at three SeaWorld parks across the country. The chain is also making huge expansions in many of it’s other parks, such as Busch Gardens Williamsburg,  where it will open a huge new coaster.

In the meantime David D’Alessandro will remain acting as CEO, and will remain with the company as chairman of the board.