SeaWorld San Diego is proving, once again, that they play a vital part in the rescue and rehabilitation programs around the country. The park is assisting in the rescue and rehabilitation of an unprecedented amount of animals, all at once. The animals are being cared for in park, and to help make room, the park is shutting down their Sea Lion show for the next weeks. It’s an unbelievable move for the animal park, and not only shows their efforts, but also their dedication to helping animals that need it. 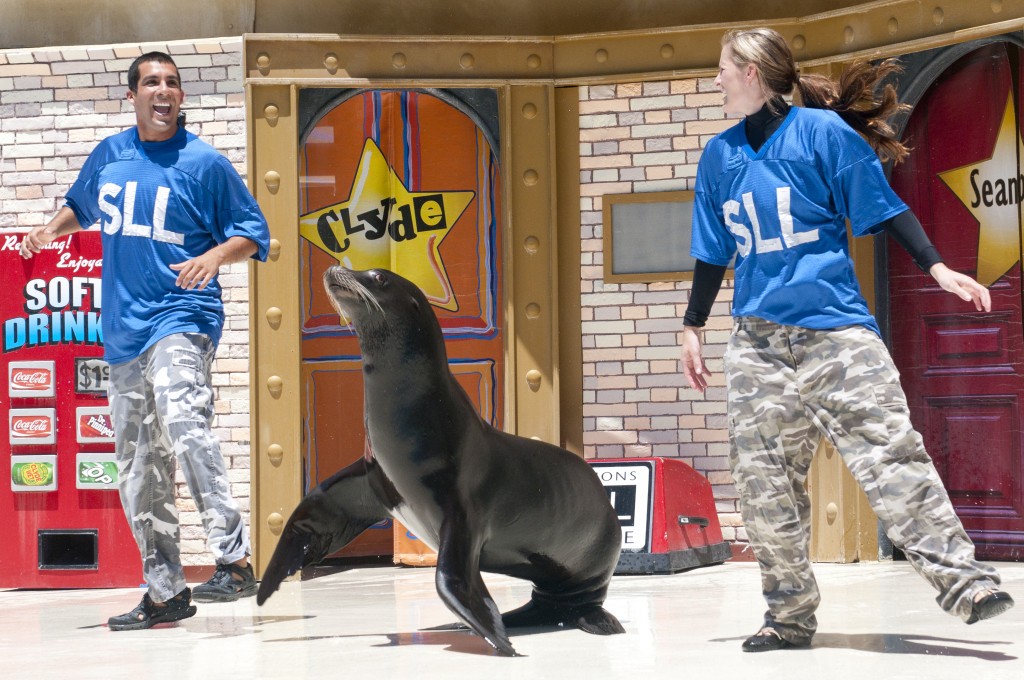 Sea Lions Live, the popular sea lion show at SeaWorld San Diego will not happen for at least two weeks, as the park has some very special guests. The park is inundated with tons of sea lion pups as an unprecedented amount of strandings of the animals have been happening all along the California coast. The park’s Rescue Team has been working non stop around the clock, while trainers from Sea Lion Stadium augment the park’s Animal Rescue Team to help them with the continuing influx of California sea lion pups stranding in mass numbers locally and along the coast of California.

The park is also building two new temporary pools to help care for the pups while crews try to rehabilitate them and find out what’s causing the strandings.

With any luck, the sea lions will be able to be released back into the wild within the next few weeks. Crews have already rescued over 400 sea lions in 2015 alone. Compared to just last year, where the number of marine mammals was closer to around 200 for the entire year.

A spokesman for SeaWorld San Diego released the following statement:

While the temporary closure of the sea lion and otter show may be a minor inconvenience to guests, we feel that it is important to ensure we provide the highest level of care necessary to give these stranded sea lions a second chance at life.  We thank everyone for their patience and understanding.

The show will be back, but in the mean time, the rescued animals will take priority.