Today we visit the original Universal park once again as it begins it’s year long 50th Anniversary Celebration. The park and surrounding resort is a genuine, bona fied construction site with developments happening on every end. Guests have much to look forward to as the park has announced plans to unveil three brand new offerings for the celebration. This includes the new Springfield expansion. The all new Fast & Furious: Supercharged attraction slated for the Studio Tour as well as a new night time version of the studio tour. 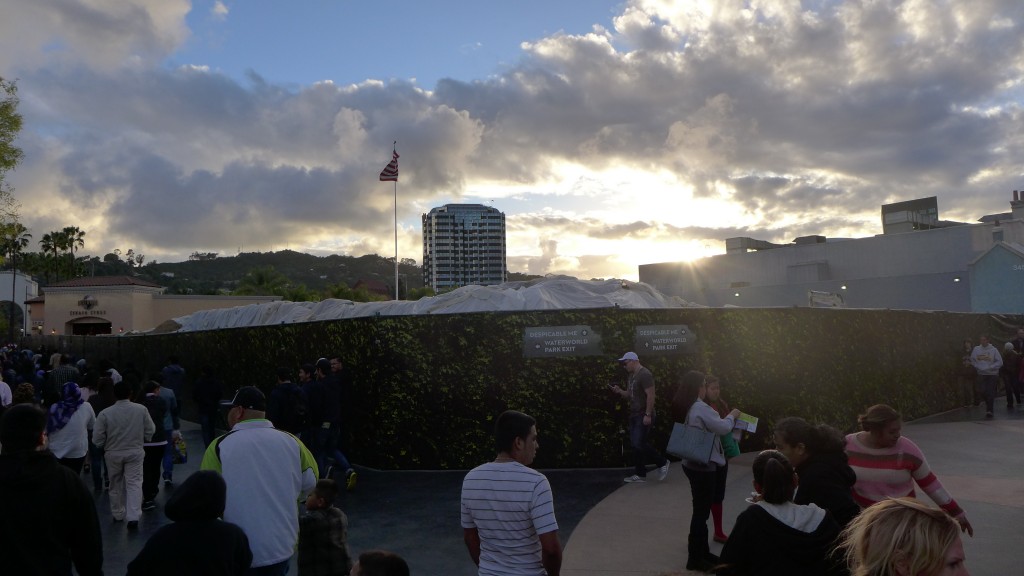 Upon entering the park guests are immediately thrust into construction, as the former Victoria station (home of House of Horrors, Hollywood Photoland and the Blue Brothers Stage) has become nothing more than a dirt lot and memory. As of right now construction is currently dormant but once sections of Springfield are revealed we will start seeing some activity pick up for the new Dining/Entertainment venue. 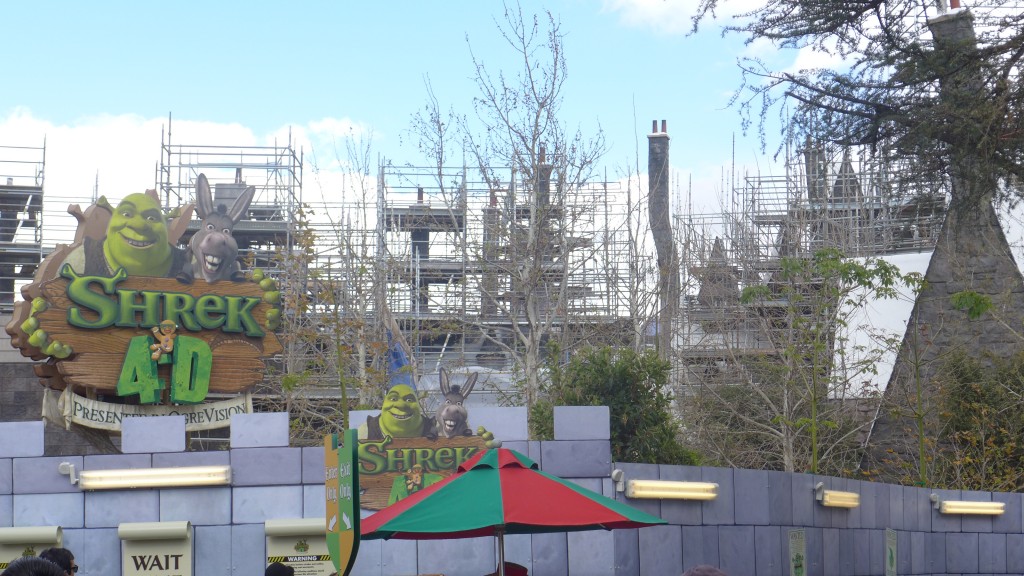 Shrek 4D is also receiving some love. A direct result of having a very powerful wizard as their next door neighbor. The aging 3D show receiving a brand new themed marquee and will be getting a brand new outdoor wooded style queue. This also works well to create a visual berm for when guests are inside of Hogsmeade. Dozens of new trees are being added and lots more are awaiting their installation. 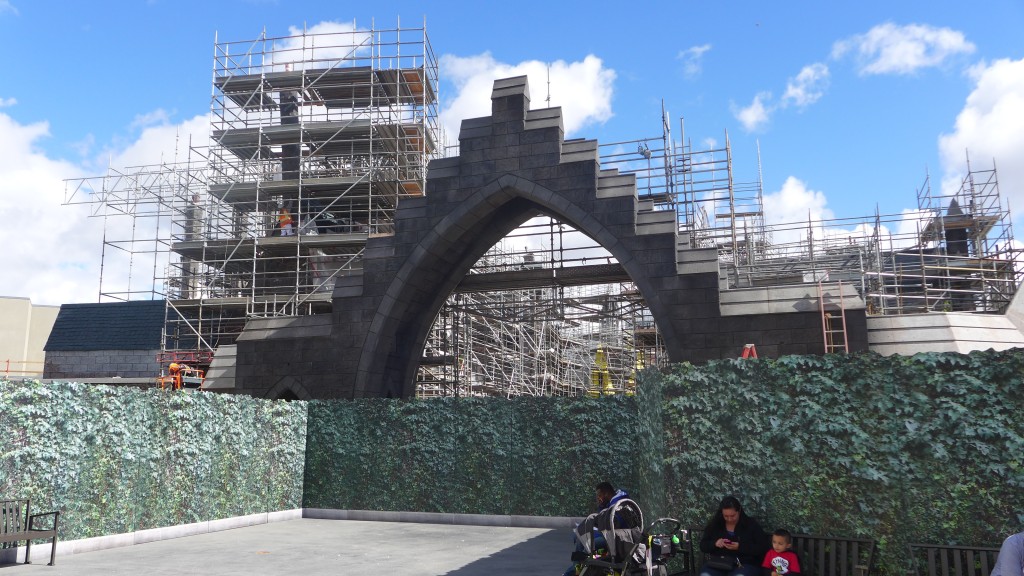 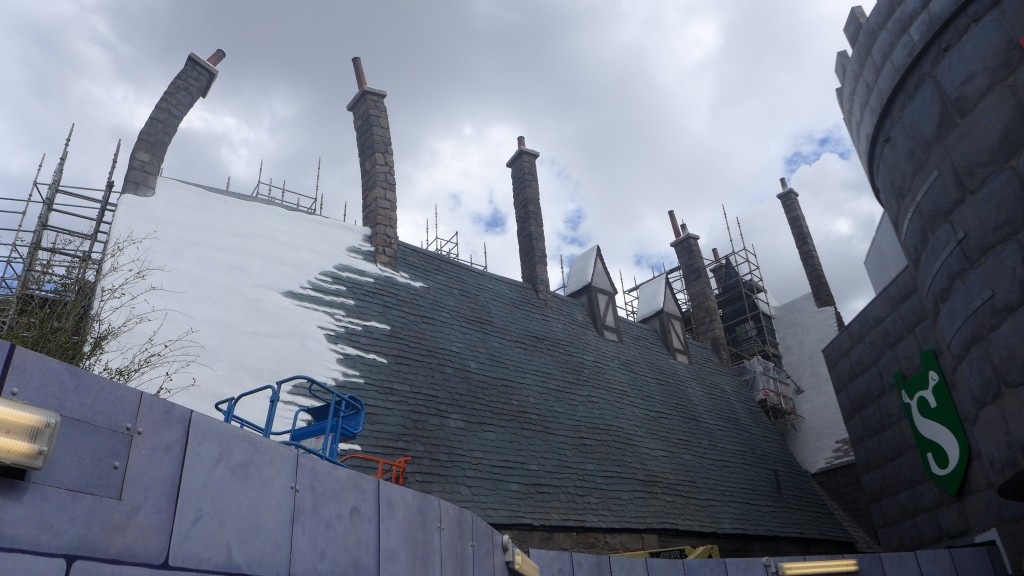 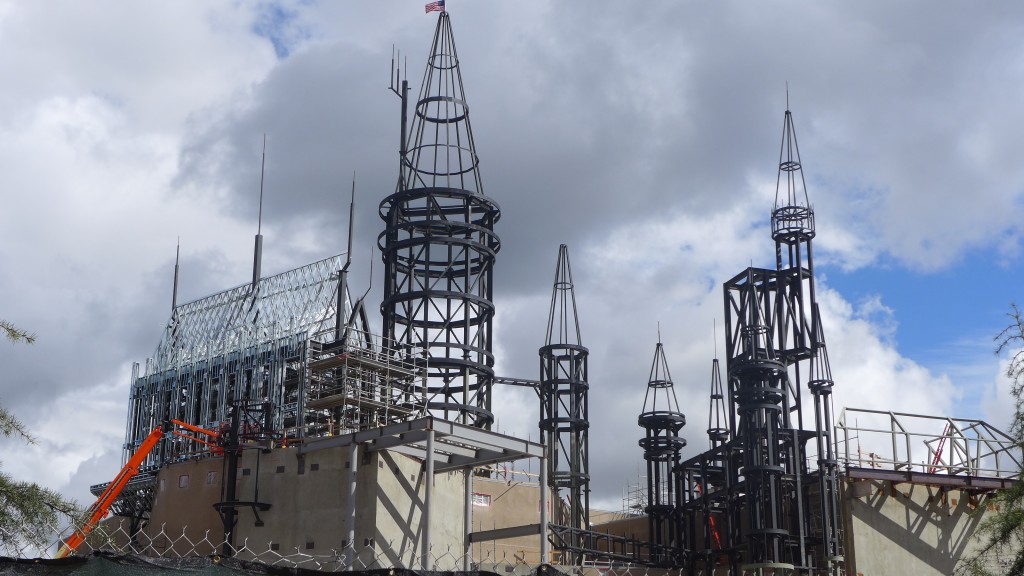 The Wizarding World of Harry Potter is fast becoming a very dominant feature in the park, with the towers of Hogwarts spiraling toward the sky! The amazing new addition will feature “Harry Potter and the Forbidden Journey” as well as Hogsmeade Village, with several new shops and of course, Ollivanders Wands. The entrance way is starting to take shape in the village, and the roof is starting to get snow…a rarity in Southern California for sure.

The all new section is expected to open in 2016, which will make the park an enormous destination for Harry Potter fans. The Wizarding World in Orlando changed the theme park industry, and the Osaka version has made Universal Studios Japan one of the top destinations in the world. 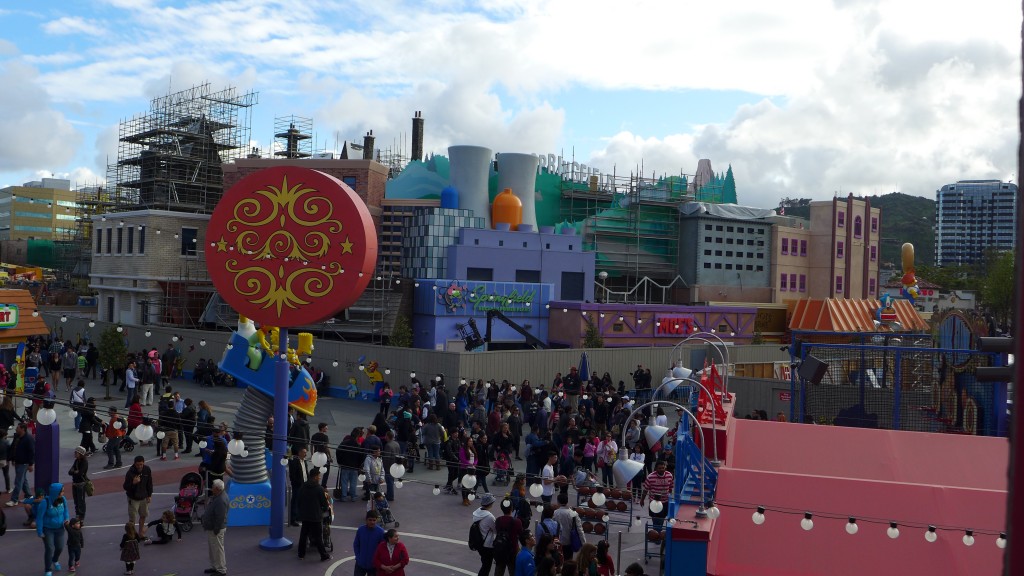 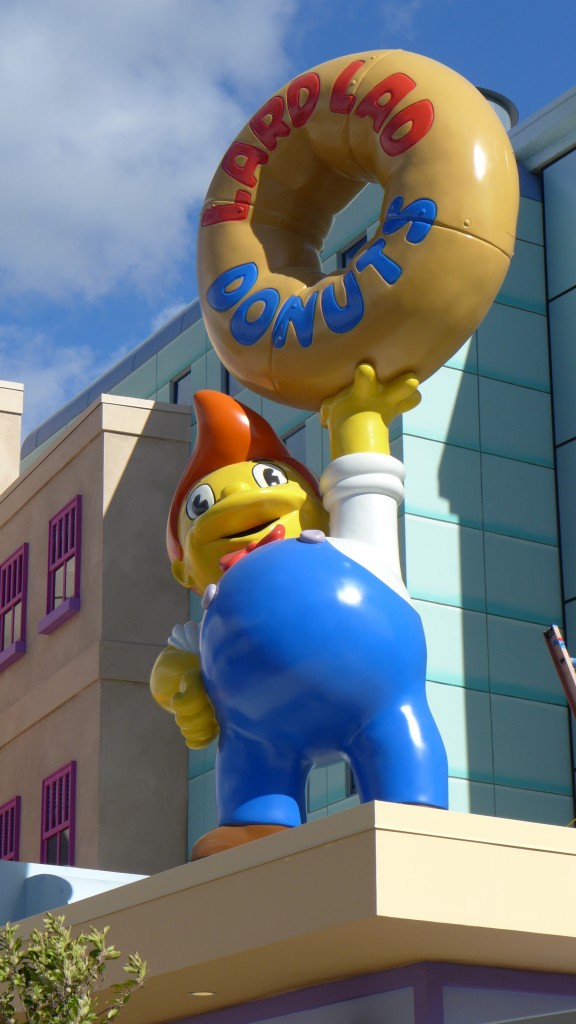 Meanwhile, right next door, Springfield is blossoming to life! The all new addition is expected to open this Spring, and is growing at an absolutely astonishing pace. Lard Lad, while at the entrance to the Florida version of Springfield, is a Kong-like Figure among the many buildings of Springfield. The huge figure sits on top of the Lard Lad Doughnut shop. The entire area is extremely detailed, with tons of stuff to look at.

The new area will feature Fast Food Boulevard, with Krusty Burger, Moe’s Tavern and several other new shops that are not included in the Florida version. There’s also the Duff Brewery, which will apparently come online later. 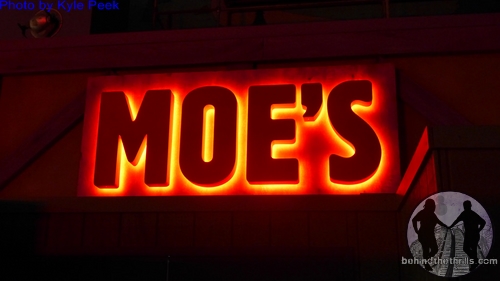 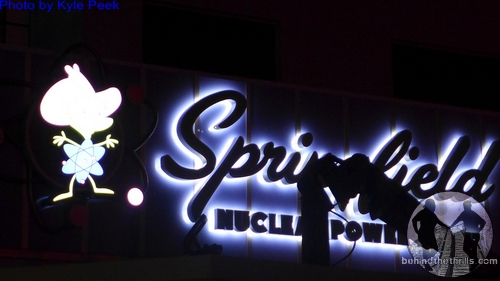 When the lights go down in the park, the entire area also is starting to light up, with signs being tested on the signs. It’s just another indicator that the area is very close to being complete. 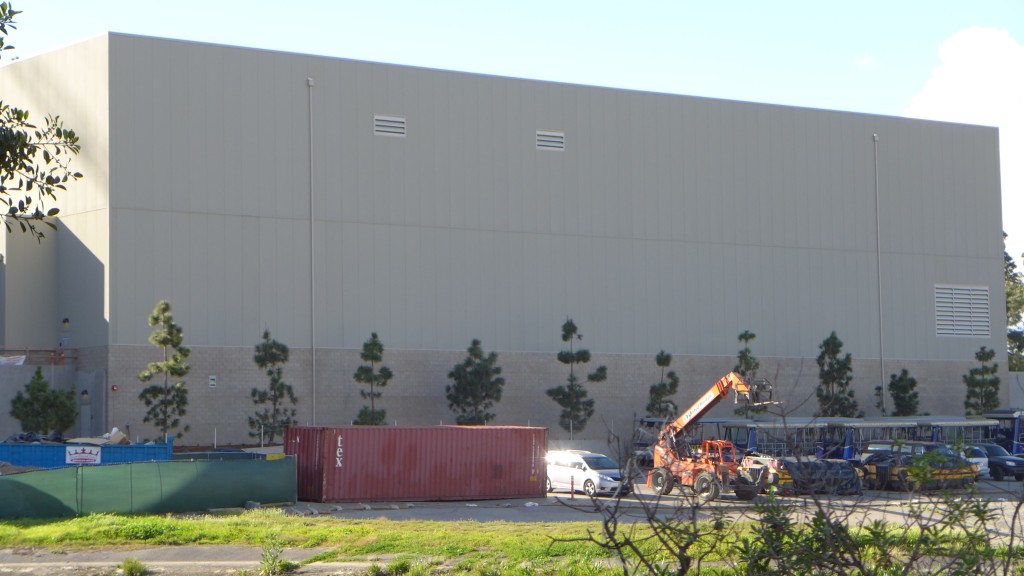 The Studio Nighttime tour will kick off 4th of July weekend, and will focus on what it takes to bring the movies to an all new light, at night. 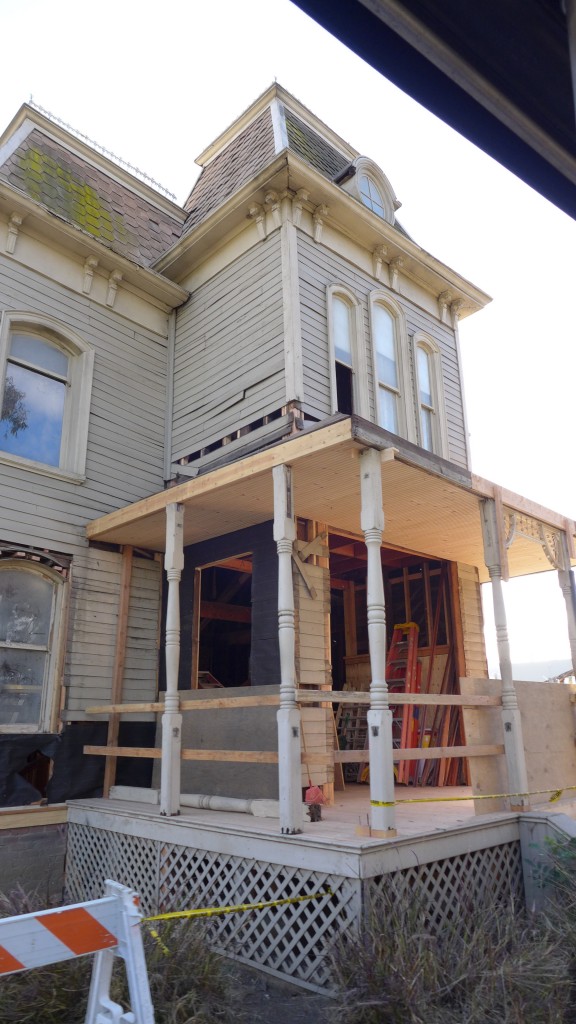 Mother would be pleased, as the Psycho house is also getting some love, as a much needed restoration is currently underway. The house will be prominently featured on the new night time tour, and should also feature an appearance by Norman Bates. 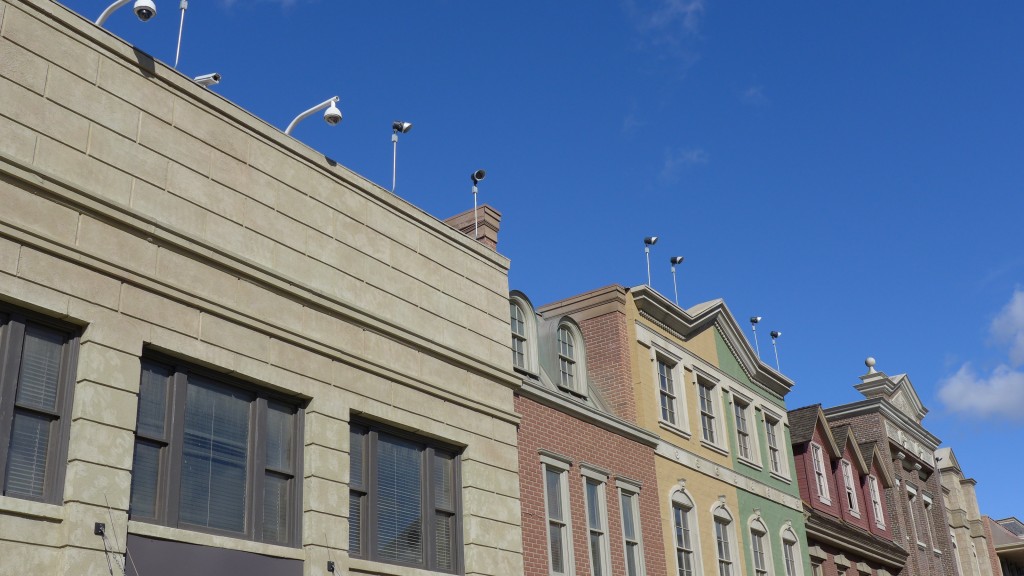 New lighting tracks have been added to Courthouse Square, which is very interesting, because it means that the new area will be part of the new tour addition as well. It could also mean that something big is happening for Back to the Future…time will tell. 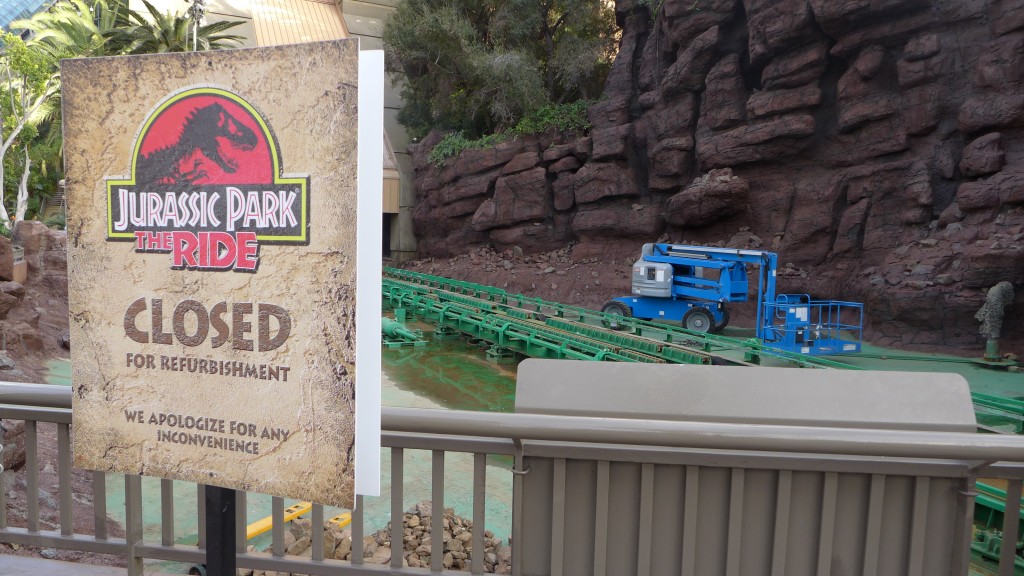 Down on the lower lot, Jurassic Park is currently closed receiving it’s annual refurbishment before big spring break crowds begin to descend upon the park. The ride will be getting a ton of attention this year, as the huge new Jurassic World is scheduled to hit theaters this summer. Is it possible that we will see some updates to the ride, or even the area, in anticipation for the new film? Let’s hope!

Universal Studios Hollywood is growing exponentially, and it’s going to be simply amazing when it’s all said and done. There’s still a hotel project, parking structure, and lots of additional locations on the Studio Tour are being worked on for the night time tours. It’s an amazing time to visit the park, as so much is changing, that the park will definitely become a different place!

For more information about Universal Studios Hollywood, including the 50th Anniversary Celebration, visit the official website by clicking here!