The Dubai Comic Con just wrapped up, and it did so with a bang. The convention,  which had guests from William Shatner, to Game of Thrones stars, was closed by a huge announcement for the all new theme park attraction based on the characters from the upcoming Avengers:Age of Ultron film. The surprising thing, it’s not coming to a Disney theme park, and it’s slated to open before the first Disney Marvel attraction opens its’ doors. 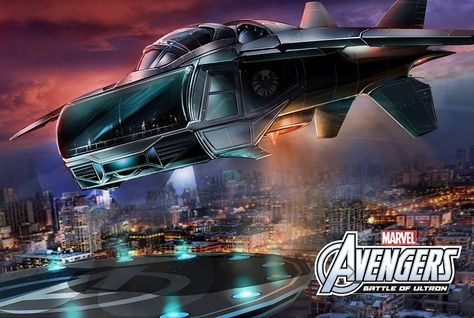 Avengers:Battle of Ultron will be premiering later this year at the IMG Worlds of Adventure indoor theme park in Dubai. The theme park will be the largest indoor theme park, surpassing the indoor Ferrari World Theme Park, also in Dubai. The theme park will be a massive 1.5 million square feet, and will have four distinct lands. Marvel characters will be on display in interactive attractions, with characters ranging from The Avengers to Spiderman and other popular characters.

Guests at the Dubai Comic Con were able to try Oculus Rift headsets to get a feel of the realism and depth of the new 3D attraction. While not using Oculus Right, the new attraction will combine high definition 3D film, with immersive and real sets to bring the huge battle between The Avengers and Ultron to life.

The second film in the Avengers series-Age of Ultron, opens on May 1st, and will be followed by two more films in the series with the current cast (we’re assuming anyway). The attraction is expected to open at IMG Worlds of Adventure when the park opens later this year.

This is not a Disney production, and is not tied to the chain in anyway. Disney is expected to open it’s first Marvel attraction in 2016 at Hong Kong Disneyland.

IMG Worlds of Adventure will feature four distinct lands, including Marvel, Cartoon Network, and Lost Valley Dinosaur Adventure. The park will open later this year. The park will boast several new coasters, 3D attractions, and much much more.

Stay tuned for more from IMG Worlds of Adventure, and be sure to get social with us on Facebook, and follow along with us on Twitter @BehindThrills for the latest updates!

For more information about IMG Worlds of Adventure, visit the official website by clicking here!