Furious 7 is on a ridiculous track. The movie is smashing records, almost as much as fast as it smashed cars. The movie isn’t the only way Furious Fans can feel the rush this summer, as Universal Studios Hollywood is getting ready to unveil their huge new thrill ride, Fast&Furious:Supercharged.  The new attraction will take guests on the iconic Studio Tour, and through the streets of Los Angeles for an explosive new finale.

The new attraction will combine live action effects, with high definition 3D films on an all new massive, 65,000 square foot stage, with a 3D screen that measures 400 feet in length. The immersive new attraction will feature a completely 360 degree experience,  that will place guests in (simulated) speeds of over 120 mph.

On top of the cast that we already know, we also know that Luke Evans, who played bad guy Owen Shaw, also returns for the new attraction.

“When you watch the movies, you feel this power, speed, adrenaline action.” Evans said about the films. “I’m honestly surprised they haven’t made it into a theme park ride sooner.” 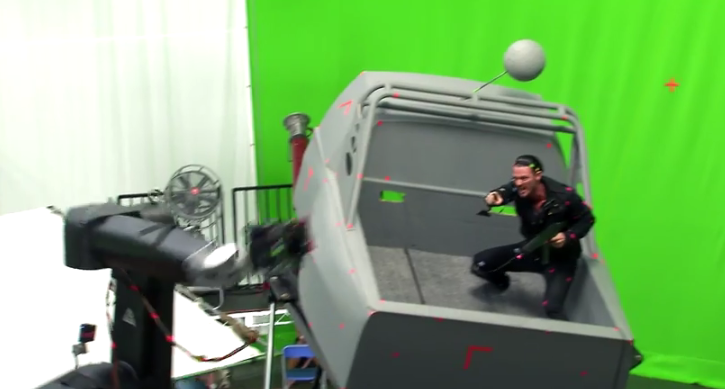 “It was really a ride waiting to happen,” said Universal Creative VP Thierry Coup “when you think about the films, it feels like you’re on a thrill ride.”

Universal Hollywood is kicking off the “Road to Fast” Campaign by releasing a ton of stuff to get fans excited about the series, including a hot new video that showcases all the stars from the film, and a look at some of the ride footage.

There’s also going to be all new art, featuring the cast, as well as some of the action from the tour. The first one includes the cast from the film and ride, racing alongside the Studio Tour Tram. 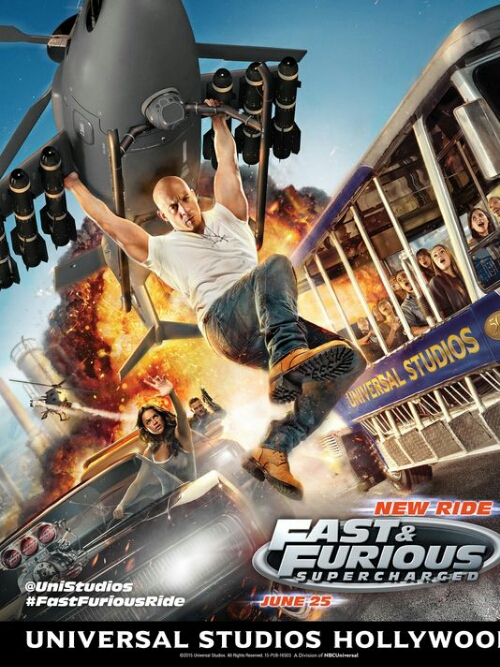 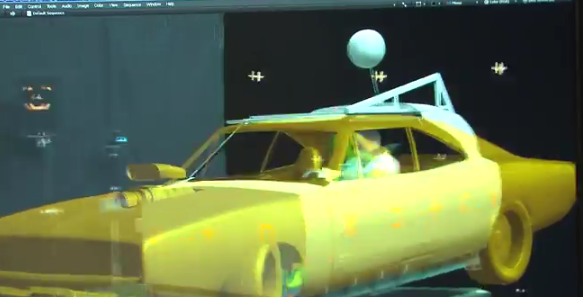 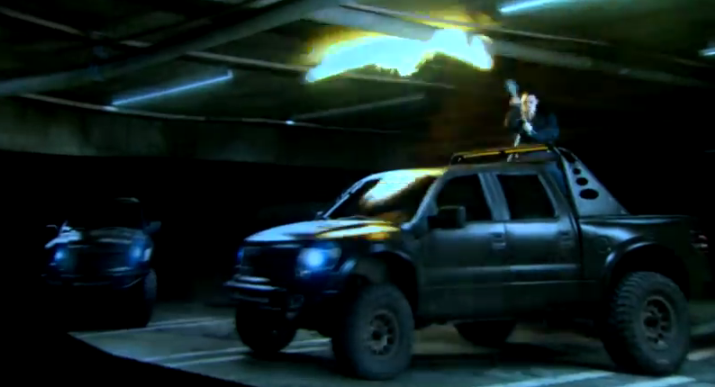 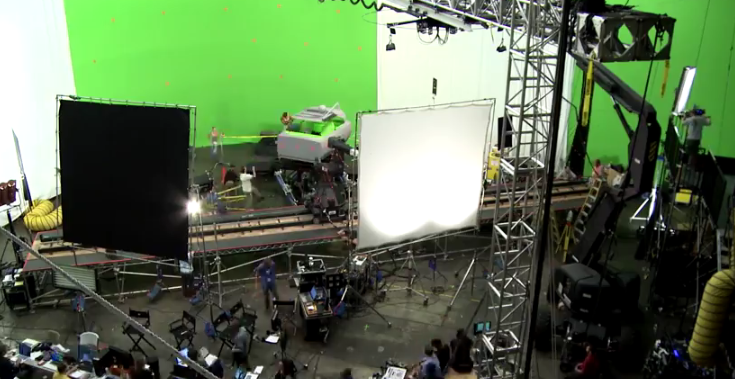 On a different note, it sounds like Universal Studios Hollywood isn’t the only place that will get “Supercharged” as Dwayne Johnson himself says “we want to create an experience that they can only feel and experience at Universal Parks”

Universal Parks…does that mean that we can expect the attraction in some shape or form at other parks worldwide? Why not? Fast&Furious is the largest, best performing franchise in the world right now. It’s likely, that if the ride is a success we could see it in other parks around the globe.