Star Wars Celebration is absolutely knocking it out of the park this year. The weekend event, which is a celebration of all things Star Wars has been the place for exclusive reveals and first looks. It’s also given Star Wars fans a reason to fly with the unveiling of a very special plane. The Walt Disney Company Japan, and All Nippon Airways have revealed a special partnership to bring the first ever R2D2 airliner to life. R2D2 will no long be sitting backseat, he will be the one calling the shots! 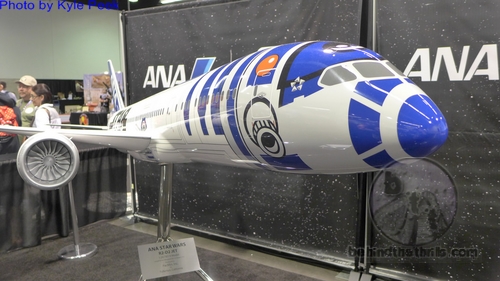 While it won’t take you to a galaxy far, far, away, the all new 787-9 Dreamliner will take International guests through the skies of Earth. The new design is part of a five year partnership with ANA and could see more planes revealed. The all new jets will premiere later this year. 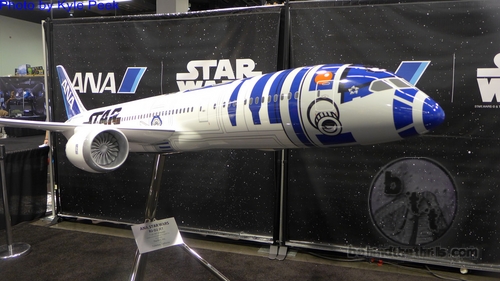 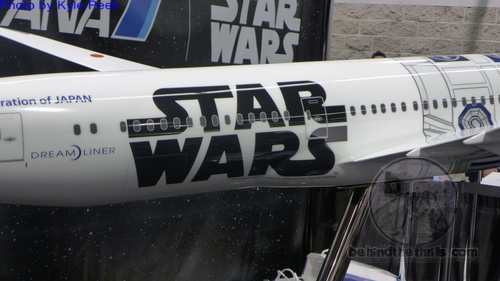 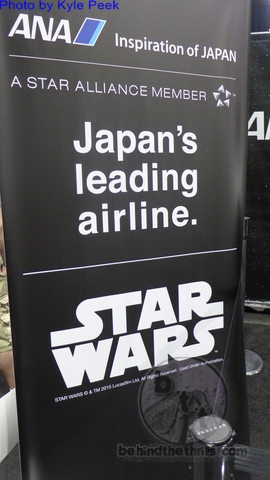 “We’re excited to be involved in this collaboration with ANA, one of the world’s leading 5-star airlines,” said Kayleen Walters, Vice President, Marketing for Lucasfilm Ltd. “We’re proud of the innovative R2-D2 design, and we look forward to witnessing the first-ever flight of a passenger aircraft featuring a Star Wars character. We’re confident that Star Wars fans around the world will absolutely love this design.”

“ANA boasts an extensive international network, along with convenient connections between the U.S. and a wide variety of destinations throughout Asia,” said Takashi Shiki, ANA Executive Vice President, Sales & Marketing. “Although it’s a lofty goal, we hope that like Star Wars, ANA will become well known and loved across all borders and generations. The R2-D2 motif works well with ANA’s blue logo design on the aircraft’s fuselage, and many people associate R2-D2 with competent and reliable service-also hallmarks of ANA’s 5-star service. We are particularly delighted to introduce this collaboration now as we prepare to launch our new international service from Tokyo to Houston in June, making it our 10th North American destination. Through the introduction of the new Star Wars livery we hope to welcome more passengers from around the world to experience ANA as the Inspiration of Japan.”

No word on whether or not we can expect to see these jets flying in or around the Orlando or Anaheim areas, but keep your eyes to the skies!