The Disney Dream Joins the Force as it Includes the Star Wars: Millennium Falcon for Kids and Teens

A long time ago in a galaxy far, far away….

…a little movie called Star Wars was made. And now you, well your kids, can experience the new Star Wars area being built on the Disney Dream cruise ship this October. 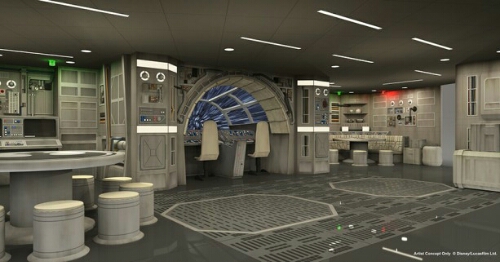 The new Star Wars play area and Disney Infinity interactive adventures that are coming to youth areas on the Disney cruise ship will include the Millennium Falcon, well part of it.

Upon entering the spaceship, younglings will join the Rebel Alliance in the epic battle of good versus evil by assisting with the navigation of this powerful space vehicle. Sitting in the cockpit, children can pilot this super-cool spaceship through hyperspace and trigger lightspeed jumps to different locations around the galaxy.

In Millennium Falcon, children can express their creativity through Star Wars-themed crafts, games and activities. They can also watch episodes from the new Disney XD animated series, “Star Wars Rebels,” on a large screen or virtually join the rebellion at gaming stations featuring the series’ action-packed adventures.

The excitement continues during a shipboard version of the popular Jedi Training Academy experience that invites young Jedi hopefuls – known as “Padawans” – to learn lightsaber moves from a Jedi Master. They can then use the Force and face off in a final test against the evil Darth Vader. 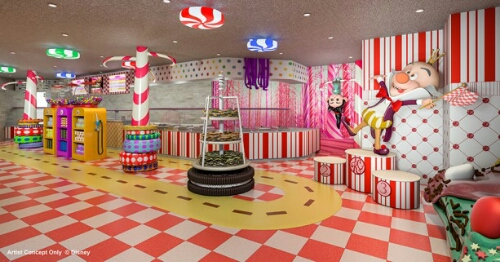 That’s not all, as the Sugar Rush gang from Wreck It Ralph takes over the all new sweet and gelatto shop. Characters from the film are all over the place, along with some sweet surprises, and tons of sweet treats.   The ever-popular Bibbidi Bobbidi Boutique, a Disney’s Oceaneer Club, and a Star Wars areas inspired by the Star Wars saga also will be options on the ship. Kids ages 3 – 12 will be able to experience this new interactive and immersive play area on the Disney Dream this November when the ship is returns from dry dock.

Stay tuned for more from Disney, and e sure to get social with us on Facebook, and follow along with us on Twitter @BehindThrills for the latest updates!

To learn more about Disney Cruise Line or to book a vacation, visit the official website by clicking here!