The Orlando Eye lights up the night with first official lighting

The Orlando Eye is readying for it’s May 4th opening, which will see the observation wheel be the biggest attraction in Orlando, quite literally. The 400 foot wheel will give riders a glimpse of Orlando, and the many attractions around the area. On Thursday night, the Orlando Eye took one more step closer to being open to the public, as they officially turned on the lights for the first time. The observation wheel boasts 64,000 individual lights that span the huge wheel. Thursday night, they were fired up in an official ceremony for employees, their families and media. 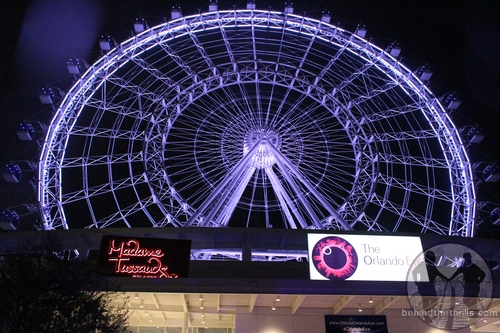 Robin Goodchild was joined on stage by a Make a Wish Foundation family Thursday night to help flip the switch and turn on the power. The wheel lit up a brilliant white, while not only the lights flickered on, but the wheel also started to rotate. The lights flickered to life one by one as the wheel rotated. The whole lighting took about 20 minutes, as that’s how long it takes for the Orlando Eye to make one full rotation.

Video-The Orlando Eye lights up for the first time!

Eventually the Eye will have a rainbow of colors on the wheel, and will eventually be able to change colors depending on the season and holidays.

The Orlando Eye already has tickets available for the Grand Opening of May 4th, and guests can ride as early as May 1st. Nik Wallenda, the famed daredevil, will help to open the Eye by walking on top of the eye as it spins on Wednesday April 29th. The feat will be broadcast live on the Today Show. 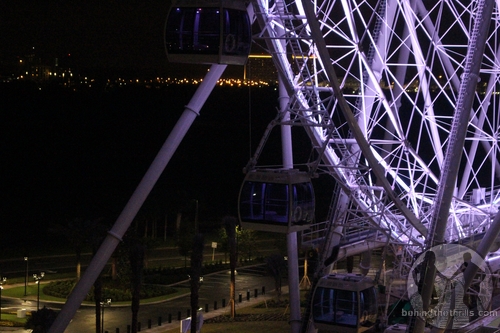 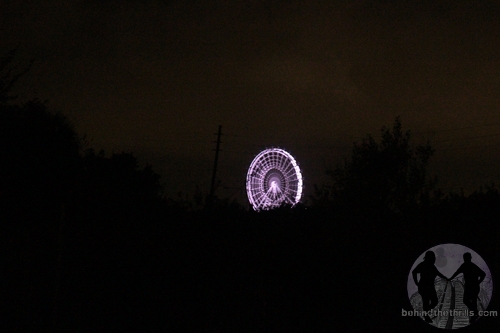 The air conditioned capsules will hold over 30 people at a time, and will take 20 minutes to complete a rotation. The Eye is now visible at night for miles, and even caused a few slowdowns on neighboring I-4 as it lit up for the first time. 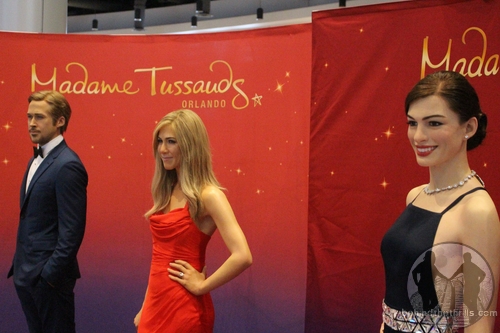 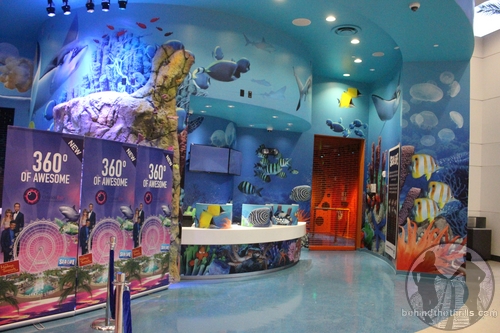 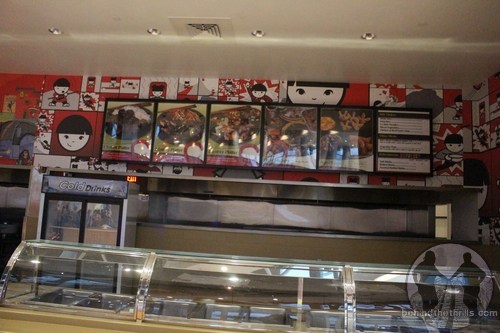 While the Orlando Eye is definitely the centerpiece of the all new I-Drive 360 complex, it’s not the only major attraction. Madame Tussauds Wax Museum, and Sea Life Aquarium also play a huge part in the Merlin family of attractions, and will call Orlando home at I-Drive 360. The main terminal of The Orlando Eye houses all three major attractions, as well as a food court. Tickets for all three attractions will be sold, as well as tickets to Legoland Florida.

Video-Check out a sneak peek at Madame Tussauds Wax Museum

The Orlando Eye will be joined by several other new attractions, including Skeletons, as well as several new restaurants and clubs. The grand opening will be on May 4th.

Slideshow-Check out even more pictures from The Orlando Eye

Stay tuned for even more from The Orlando Eye, and be sure to get social with us on Facebook, and follow along with us on Twitter @BehindThrills for the latest updates!