Last year, Tokyo Disneyland resort announced plans for a huge expansion at both their Tokyo Disneyland, and DisneySea parks. The expansion would include plans for a new port at DisneySea, featuring Frozen, and an all new Fantasyland area, with new attractions and experiences. Today,  the Oriental Land Company, in partnership with Walt Disney, announced details about these new expansions…and they are definitely ambitious. 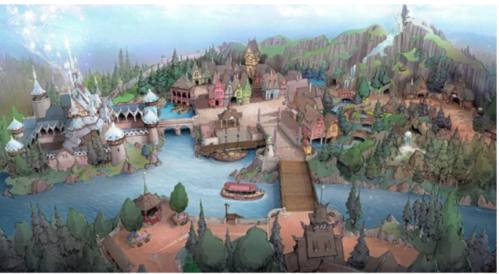 First up is the new port area at DisneySea. The new port will be called “Scandinavia” and will feature new shops and restaurants,  based around Arendelle, the home to Disney’s Frozen. The park promises original attractions, but the area does bear a striking resemblance to the Norway Pavilion at Walt Disney World’s Epcot. That park is also getting an all new attraction, in the Norway pavilion,  based on Frozen. 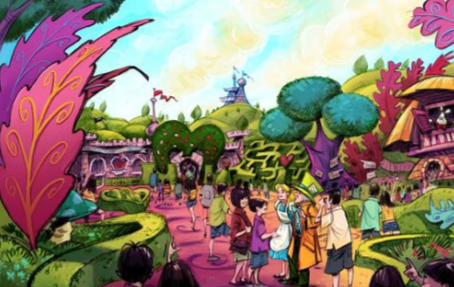 At Tokyo Disneyland,  the New Fantasyland will effectively double the size of the old one, and will include new shops, attractions and mini areas based on two huge Disney films.
Alice in Wonderland will feature mazes, and most likely a new area for the popular Tea Cup attractions. Also, in the concept art, there looks to be a castle in the background.  Could that be home to an all new attraction? 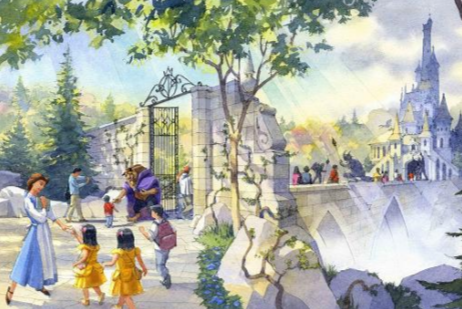 Meanwhile, Beauty and The Beast will be another miniland, and it looks as if there will be a “Be Our Guest” restaurant, just like the one at Disney’s Magic Kingdom. However, instead of being tucked away, and entering through a rock, the Tokyo version looks to employ a full sized castle that guests could be able to explore. 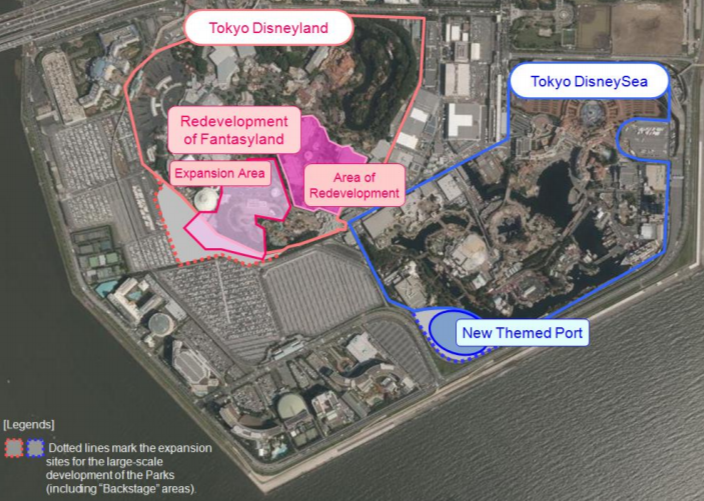 The map above gives the location of the new additions, as well as an idea about how big the new expansions will be.

The new additions are expected to come online sometime in 2017.

Stay tuned for more from Tokyo Disney Resort,  and be sure to get social with us on Facebook and follow along with us on Twitter @BehindThrills for the latest updates!