Roald Dahl was one of the most prominent authors of children’s books, and probably had a hand in many of your childhood adventures. From Charlie and the Chocolate Factory,  to James and the Giants Peach, his stories told fantastic takes and took readers on amazing adventures in growing up and the wonders of being a kid. Steven Spielberg has also shaped an entire generation of kids with many of his films. ET, Jaws, and Jurassic Park have been big screen family adventures that have taken the world by storm. Now the two are combining for a live action version of a beloved Dahl tale, and Disney is coming along for the ride. 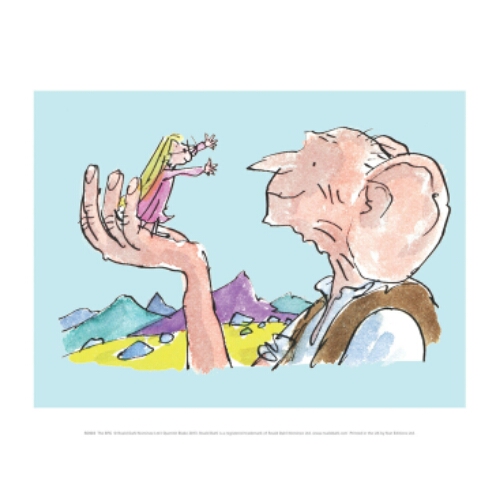 The BFG will be the first time that Disney and Spielberg has worked together on a film that Spielberg has directed.
Disney will co-finance and co-produce the film, along with Dreamworks.

“In more than 40 years of making movies, I have been on the producing end of a number of films for The Walt Disney Company, but never as a director,” said Steven Spielberg. “It is a special joy to be in the director’s chair as we start ‘The BFG,’ alongside my long-time friends and film collaborators Kathy Kennedy, who introduced me to this project, Frank Marshall and Melissa Mathison. Together with them and Disney, there are many reasons why I am so excited about this joint venture.”

“With Steven Spielberg at the helm, ‘The BFG’ will undoubtedly capture the minds of children and adults alike – as Roald Dahl’s original stories and many of Steven’s own films have done for decades,” said Alan Horn, Chairman, The Walt Disney Studios. “The team at Disney has tremendous respect for the filmmakers, and we’re thrilled to join with them to make what will be a spectacular picture.”

“This partnership speaks to the spirit of storytelling and the kinds of movies that we make here,” said Michael Wright, CEO of DreamWorks Studios. “Over the years, we have enjoyed a fruitful collaboration, and we couldn’t be more excited to be working with Disney in this expanded capacity on ‘The BFG.’”

Traditionally,  all of Spielberg biggest, and most successful family adventures have been with Universal Studios. The director has done several huge projects with the company, 20th have naturally become amazing theme park attractions.

While Spielberg doesn’t have an exclusive contract with Universal for theme park attractions,  if The BFG proves to be successful,  the director could-in theory, develop attractions for Disney based on the film.

The BFG tells the story of a girl who meets a Big Friendly Giant, who introduces her to the world of giants. The film is slated to begin production in Vancouver,  and will star  Mark Rylance who will play the  “Big Friendly Giant” and newcomer Ruby Barnhill as Sophie. The film will also star Bill Hader, Jemaine Clement, Michael David Adamthwaite, Daniel Bacon, Chris Gibbs, Adam Godley, Jonathan Holmes, Paul Moniz de Sa and Olafur Olaffson.