The Wizarding World of Harry Potter is coming to Universal Studios Hollywood in 2016, and it’s going to be huge! California has never seen anything like it before, and really isn’t prepared for what’s in store. The new section has been very quiet on the details, but that’s all about to change, as Universal Studios Hollywood is getting ready to release some details about the all new land where cars fly, and dragons exist! 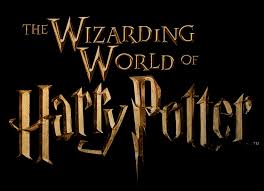 The Wizarding World of Harry Potter has been a huge boost for both Universal Orlando, and Japan. The original land opened in 2010 in Orlando, and helped the theme park to jump up over 30% in attendance in the first few months alone. The all new area in Hollywood is the latest in a series of expansions that they are calling the “Universal Evolution”. The new area will pretty much double the size of the park, and lay the foundation for future enhancements, and solidify Universal Hollywood’s place in the Southern California theme park market.

The new details will come on Tuesday, June 2nd at 10 a.m. PST (that’s 1p.m. EST) in a live broadcast. We will learn exactly what will be happening with the new area, what we can expect, and hopefully a few surprises. We already know that attractions like Harry Potter and the Forbidden Journey, and Ollivander’s Wands are coming to the area, and we can also expect to see a lot more familiar items as well. Beyond that, however, is anyone’s guess.

The new land was originally announced with a Butterbeer toast back in 2011, and has been on the fast track ever since. Guests are slowly starting to see the results of all the hard work, and will soon see everything as the park will get ready to explode with Harry Potter fandom.

Universal Studios Hollywood is on a roll lately, with the all new Springfield area this year, as well as the huge Fast&Furious Supercharged coming at the end of June. Last year the park expanded with a massive Despicable Me area and ride, and has been rolling out steady since 2010 with attractions like Kong 360.