The transformation of Downtown Disney into an all new entity continues, as Friday, Disney announced several new venues coming to the, under construction, Disney Springs area at Walt Disney World. The new area is scheduled to be completed by 2016, and will have several new venues, as well as some major revamps of older restaurants and shops. We’ve already seen some major changes, and huge grand openings of new restaurants, and some major announcements of new venues coming, but this new list looks to complete the line up. 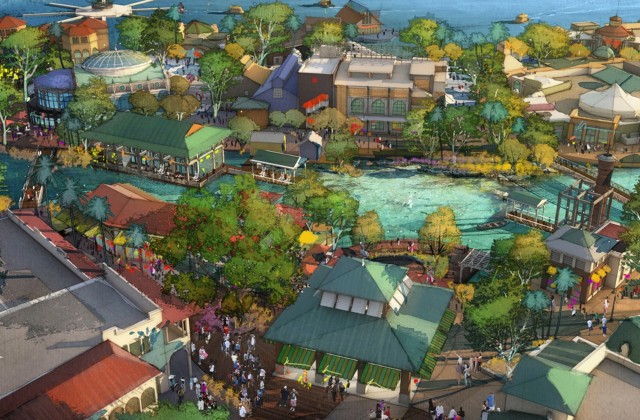 Disney Springs will slowly start emerging from the seemingly miles of construction and cranes that are currently inhabiting all of the Downtown Disney area. The new entertainment district will be a mult-level area with new and revamped retail and restaurants. The entire area will also get a back story, and become a theme park of sorts itself. Disney Springs will tell the tale of a sleepy little coastal Florida town, fed by the springs that will be all over the place…eventually.

Now we get a little bit more of an idea about which shops will call Disney Springs home.

Zara: Owned by the Inditex Group, one of the world’s largest fashion retail groups. Zara is known for its men’s, women’s and children’s clothing and accessories, and how it expertly interprets current fashion and style trends of the season, delivering original designs to the consumer in a matter of weeks.

Lilly Pulitzer: The authentic American resort wear brand, Lilly Pulitzer, is landing in the heart of Disney and will be offering their clothing and accessories, optimistic outlook, and happy prints to those who’ve loved the brand for years and new Lilly Girls out there.

UNIQLO: Leading global retailer UNIQLO designs, manufactures, and sells casual apparel that comes from the company’s Japanese values of simplicity, quality and longevity. The simplest design hides the most thoughtful details in clothing that is constantly being innovated to bring more warmth and lightness, better design and comfort to people’s lives.

PANDORA: Building on its existing relationship with Disney Parks, the popular jewelry brand offers classic yet modern charm bracelets, along with necklaces, rings and earrings, as well as a line of exclusive Disney-themed jewelry.

Edison: Inspired by The Edison venue in Los Angeles, this lavish “Industrial Gothic” -style restaurant, bar and nighttime destination is themed to a 1920s-period power plant, recalling an exuberant era of invention and imagination. It will feature exceptionally good classic American food, craft cocktails and live entertainment including cabaret and music.

Blaze Fast-Fire’d Pizza: Blaze Fast-Fire’d Pizza is a modern day “pizza joint” known for its custom-built artisanal pizzas, freshly made salads, blood orange lemonade and s’more pies. The fast-casual restaurant features an interactive assembly-line format that allows guests to customize their pizza, choosing from over 40 fresh, artisanal toppings – all for one price. The generously sized, 11-inch pizzas are “fast-fired” in a blazing hot open-flame oven and ready to enjoy in just 180 seconds. 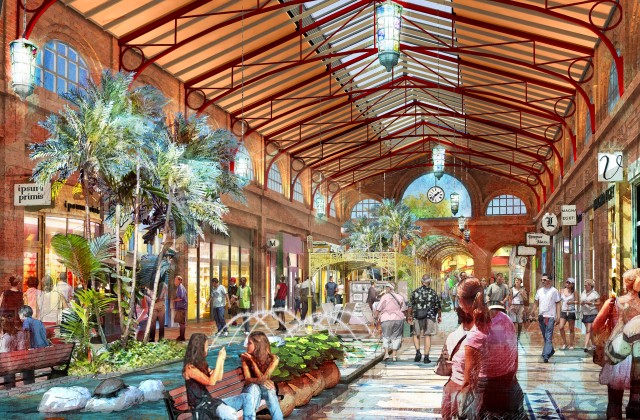 So far, nine venues have popped up, with more on the way. Last year, Universal Orlando started the first phase of it’s multi-phase CityWalk refurbishment, and opened eight new venues. Clearly Disney is trying to outdo Universal, though they sure are taking their time. Universal completed the refurbishments in less than a year, where Disney has been going steady for over two years now.

Here’s what opened at Downtown Disney so far:

The BOATHOUSE: An upscale waterfront dining experience showcasing steaks, chops, fresh seafood and a raw bar. Built over the water, the 600-seat, nautically themed restaurant also features a display of rare dream boats from the 1930s -1950s, a beautifully crafted water taxi and a fleet of amphibious autos, called amphicars. This unique restaurant was designed by Shussler Creative, which created other restaurant / retail attractions at Walt Disney World Resort, including Rainforest Café, T-REX and Yak & Yeti Restaurant. The BOATHOUSE is managed by Gibsons Restaurant Group.

APEX by Sunglass Hut: Offering the latest in sports and activewear sunglasses. Guests can try on frames and use a lens simulator to test how their lens would perform in a variety of outdoor environments and weather conditions.

Chapel Hats: Specializing in fashion hats and headwear for all ages. The store carries a variety of hats including fedoras, floppy hats, fascinators and more.

Sanuk: The Sanuk® brand is known for its street-style casual footwear inspired by a Southern California heritage and a “never uncomfortable” attitude.

havaianas: Specializing in a wide array of fun footwear and accessories, including a station where guests can create their own flip-flops.

Recently announced and opening in Fall 2015:

STK Orlando:  STK Orlando will offer a modern twist on the traditional American steakhouse featuring an innovative menu mixed with a high-energy atmosphere, complete with a sleek lounge with a DJ and rooftop dining.  At approximately 14,000 square feet, the Orlando outpost will be one of the largest STK locations.

Jock Lindsey’s Hangar Bar: With a storyline centered on the pilot from the “Indiana Jones” films, this aviation- themed lounge will feature unique drinks and small plates. Themed décor like propeller-based ceiling fans, vintage travel posters and correspondence between Jock and Indy will immerse guests in a world of adventure. 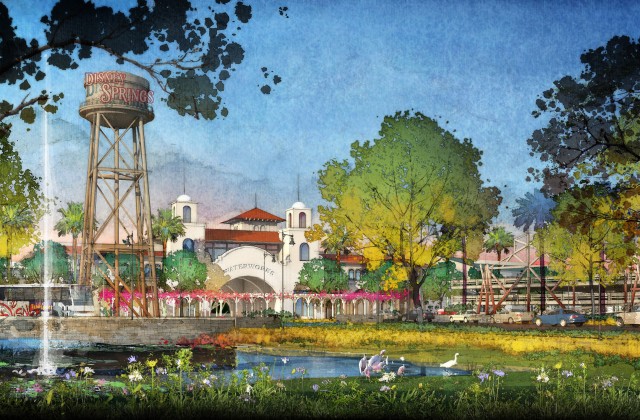 Paradiso 37: Undergoing an expansion, Paradiso 37 is capitalizing on its beautiful waterfront setting. As part of its renovation, the restaurant is doubling its seating, adding more terrace dining and building a new outdoor performance stage.

Planet Hollywood: Transforming its flagship venue, Planet Hollywood will become a star-themed Planet Hollywood Observatory to match the look and feel of Disney Springs. As part of the makeover, the venue will add a new outdoor terrace and bar space called Stargazers and feature live entertainment.