With the official unveiling of the brand new Springfield expansion, Universal Studios shifts gears to 2015’s next big attraction, Fast & Furious: Supercharged. The new mega-addition to the iconic Studio Tour will officially open to park guests on June 25 but that hasn’t stopped merchandise from slowly creeping its way into the park which guests can purchase right now! 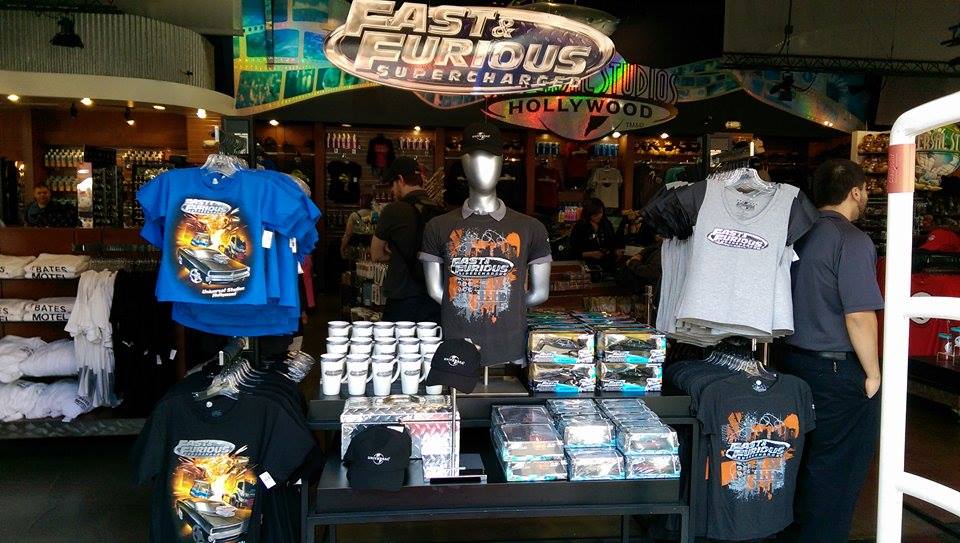 At the moment, the merchandise remains fairly basics so far, shirts, cups, mugs with the attractions logo as well as toys/cars from Fast 7 and prior movies. More unique trinkets will be expected to come out closer to the ride’s opening next month, on June 25th. The attraction will be the huge grand finale to the awesome Studios Tour, which is celebrating 50 years. 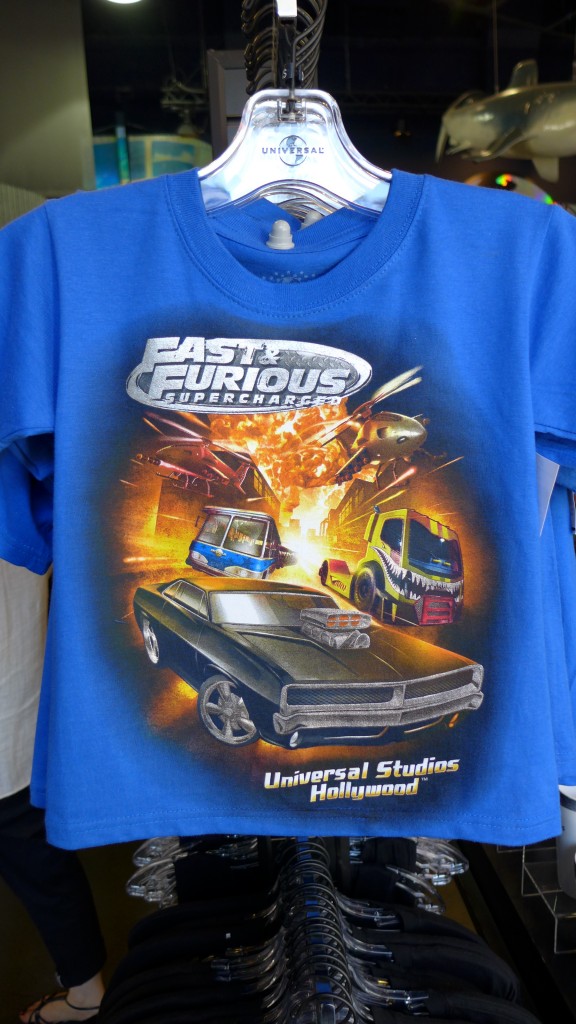 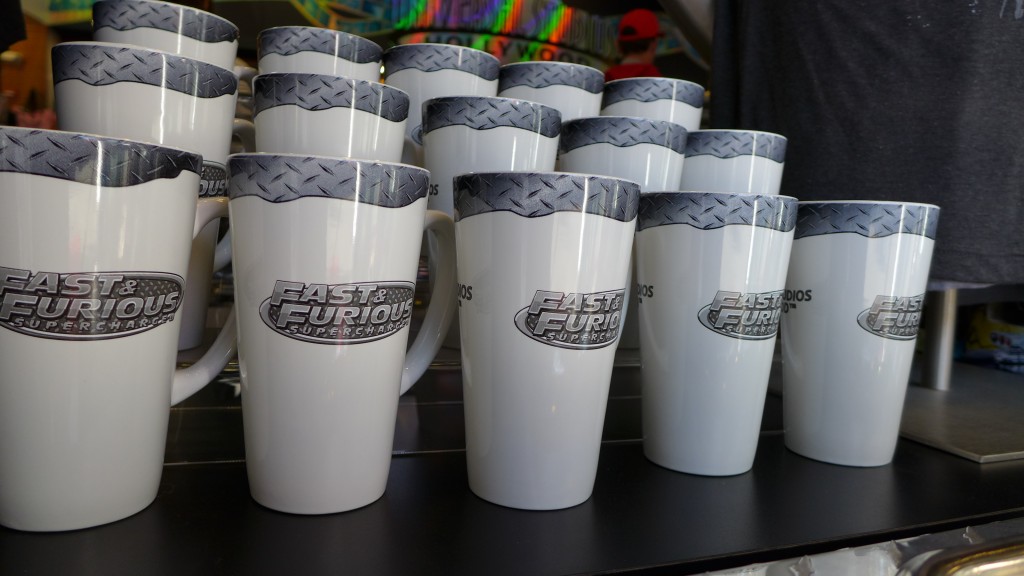 As of right now, guests can pick up coffee mugs, t-shirts, and tons of other great merchandise. This ties in perfectly for those dads and grads that are huge Fast & Furious Fans. The new film has grossed over a billion dollars at the box office, and the next installment is due out in a few years. The new ride will follow the adventures of Dom, Letty, Roman, and Hobbs, all played by the original cast of the film. It will mix 3D screens with huge sets and special effects that will help simulate speeds of up to 120 mph through the streets of Los Angeles.

Slideshow-Check out even more merchandise from Fast&Furious Supercharged!

In just over a month Fast and Furious will open and completely re-invent the park’s classic Studio Tour experience! The all new attraction opens at the park on June 25th, and will be part of the massive summer celebration going on, which will also include the opening of the all new Nighttime Studio Tour, and the Simpsons Springfield, which is now open (click here!).