The Wizarding World of Harry Potter was a groundbreaking theme park realm created by Universal Orlando, which changed the face of theme parks all over the globe in 2010. Since then, the attraction has spread to other Universal parks, such as Japan and in 2016, Universal Studios Hollywood. While we haven’t learned the details of what the Hollywood version will include, one this is pretty much for certain, we’ll see Harry Potter in 3D. Japan is proving to be the testing ground for the new enhancements on the ride, and we have to wonder just when we’ll see it in Orlando. 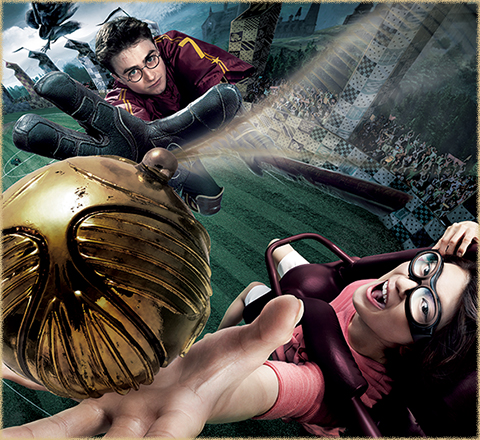 Harry Potter and the Forbidden Journey at Universal Studios Japan will “magically” go from a 2D ridee to a full 4K3D experience. It will be the first in the world, and was announced on Wednesday night, with film actors Tom Felton and Katie Leung. The actors cast a special spell to convert the ride from 2D to 4D. 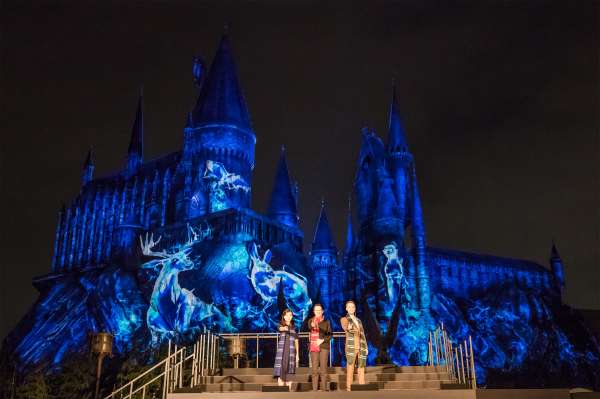 The Wizarding World of Harry Potter opened at Universal Studios Japan, as the second in the world, last summer. It helped boost the park to record numbers, just as it did in Orlando. Universal Orlando also opened a new Wizarding World area last year, Diagon Alley, which linked the two parks together to create one giant story.

The real question is, will this come to Orlando any time soon? There will be a huge announcement from Universal Studios Hollywood on June 2nd about the Wizarding World in Hollywood, and it’s very likely that 3D will be on the menu for their version of Forbidden Journey.