I put a spell on you…and now…YOU’RE MINE! How many times have you watched the Disney film “Hocus Pocus” on Halloween? Admit it, it’s every year. Now, you can add a new tradition, as Walt Disney World has announced that Hocus Pocus will be coming to the Magic Kingdom, just in time for Halloween! It’s going to be exclusively at Mickey’s Not So Scary Halloween Party, and it’s going to feature all of your villainous friends! 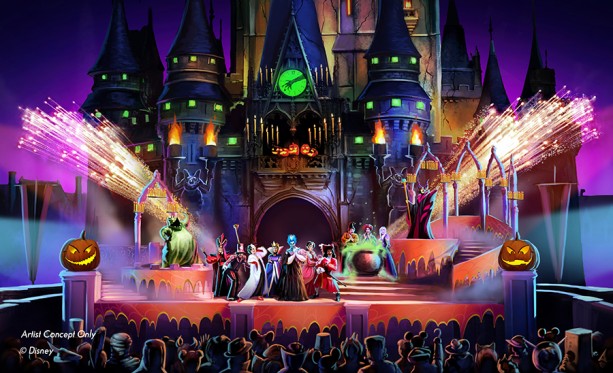 Guests at Mickey’s Not So Scary Halloween Party will be able to see the Sanderson Sisters work their…magic…in an all new show created just for the Halloween Party. “Hocus Pocus Villain Spelltacular” will feature Winnifred, Mary and Sarah, as they gather  villains together to put a “Party Potion” together and cast a spell on everyone in the Magic Kingdom. The new show will combine music, fireworks, and special projections to create a special experience for the entire family.

The show is being based on the movie of the same name that stars Bette Midler, Sarah Jessica Parker and Kathy Najimy which premiered in 1993.

The show comes at an odd time, when several movies are getting long awaited sequels and reboots. Just this year we’ve already had a reboot of the Mad Max franchise, and there will be a reboot of other franchises such Jurassic Park. Could the new show be a test for a long talked about sequel? Perhaps, but we’ll have to see how fans react to the new show first. Mickey’s Not So Scary Halloween Party begins September 15th, and runs until November 1st. Tickets are now on sale, and will go fast!

For more information about Mickey’s Not So Scary Halloween Party, including tickets, visit the official website by clicking here!