Midnight Syndicate Gets Merry With A New Holiday Album

They’ve taken us from the shadows, and into the ruins of ancient vampires. We’ve been in the carnival, and even faced Monsters of Legend. Now, for their 18th studio album, the Gothic horror band is going home…for the holidays. The band plans to release an all new album based around the holidays, PLUS we get a little bit of news on the success and the future of the bands live concert efforts-Midnight Syndicate Live. 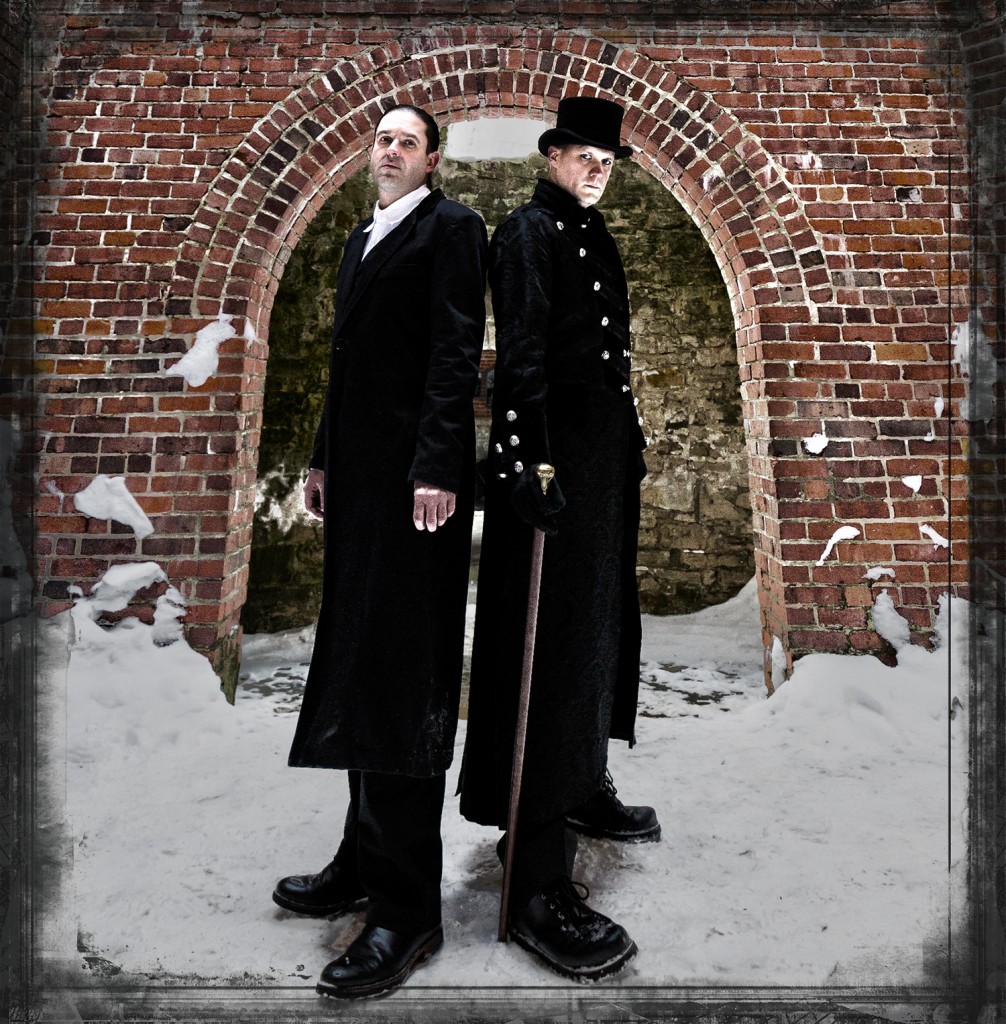 While the “most wonderful time of the year” doesn’t seem like a likely topic for the sinister duo, it’s actually a pretty natural fit. While Christmas is known for being cheery, festive and bright, there’s also a dark side. A side that Midnight Syndicate will most likely bring out. The band is doing covers of traditional songs, as well as some new material, and some “Winter Solstice” inspired pieces.

Composer Edward Douglas joked “I think there’s a rule that after a band’s been around for ‘x’ years they are required to produce a Christmas album. In all seriousness though, a Yuletide-themed Midnight Syndicate album is something our fans have been asking us for since we began; this album will not disappoint them.”

“I will say that this album has been particularly challenging because we’re taking songs that are SO familiar and that have been treated in so many different ways throughout the years and trying to make them uniquely our own,” added Midnight Syndicate composer Gavin Goszka. “We don’t want to make yet another Christmas album – we really want it to stand on its own as something truly original. We hope that it will evoke the spirit of the Yuletide season while also reflecting our ongoing musical style and vision.”

“I’ve found myself approaching this material with a very wide palette and a limited sense of allegiance to convention. That being said, it still has to make sense in some way and stay grounded in the familiar. I think we’re stretching our creative wings more than ever here, but there’s still a consistency and overall purpose to it.”  “The original songs have been a lot of fun to work on,” added Douglas. “I think the fans are in for a lot of pleasant surprises.”

Luckily, fans will not have to wait until Christmas to unwrap this present. Midnight Syndicate will be exhibiting at DragonCon in Atlanta this year on Labor Day weekend (September 4-7) and plans to have the CD available at the show. The last album, Axe Giant, was a soundtrack for the indie horror film of the same name. The band also took and remixed some of their songs, and added amazing vocals with Destini Beard, and before that took fans into a very specific story with Carnival Arcane. While most of the albums are for the horror films in your head, Carnival Arcane broke new ground for the band as they told a very specific story about a turn of the century traveling circus. While the band seems to be back to their old ways with the new Christmas album, creating soundtracks for the movies in your head, this new album seems like it too will break new ground, and we’re very excited.

The band wrapped up performances of their new show, Midnight Syndicate Live, at Cedar Point’s Halloweekends, and instead of returning, decided to take a break and go back to the studio to record. The show had rave reviews, and was a great addition to the line up.

The band has said that the show will come back, but not until at least 2016. There is no word on where or when the show will end up next, but we think it’s an amazing fit for an event like Halloween Horror Nights, Howl O Scream, or just touring on it’s own.

Stay tuned for more from Midnight Syndicate, and be sure to get social with us on Facebook, and follow along with us on Twitter @BehindThrills for the latest updates!

For more information about Midnight Syndicate, and to order any of their albums, visit the official website by clicking here!