Preview of Pixar’s “Inside Out” premieres at Epcot

Pixar is the producer of arguably the best animated films of all time. While the last few entries in their line up (Brave, Cars 2, Monsters University) have still made money, they weren’t up to the high standard that Pixar created for itself. In fact, the studio has not released a new film since 2013 (due more to edits on Finding Dory than anything else), and it makes the new film all the more important. With that in mind, Epcot has just rolled out the preview for the all new Pixar movie, Inside Out. The film takes place inside (and out) of a little girls’ head, and shows all the emotional turmoil that everyone goes through. The preview at Epcot gives just a little glimpse at that. 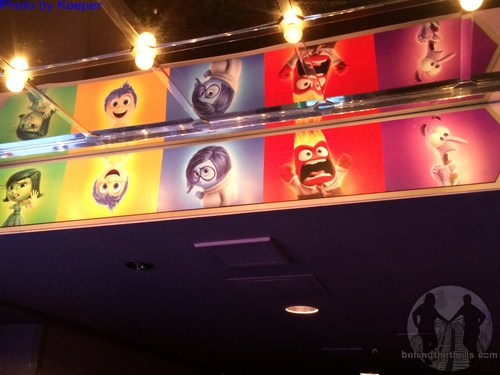 Inside Out takes over the Imagination Theater at Epcot for a preview of the new film. Unlike the Tomorrowland Preview, there really isn’t much to the screening area. The film isn’t in 3D, and there are minimal 4D effects. However, the main purpose isn’t to add a new experience, but to get you hyped up for a new film. And it works. Overall the preview gives a countdown, an interview with the directors and such, and about two minutes worth of new material. Judging from the audience reaction, the film is going to be a huge hit with women, and kids. 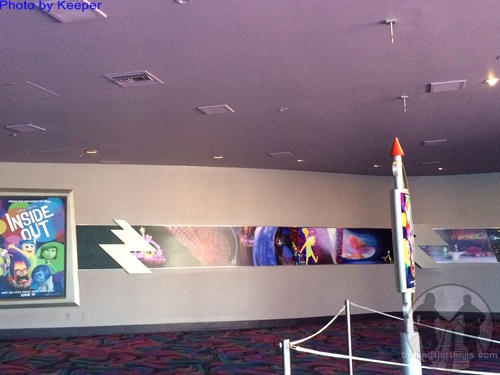 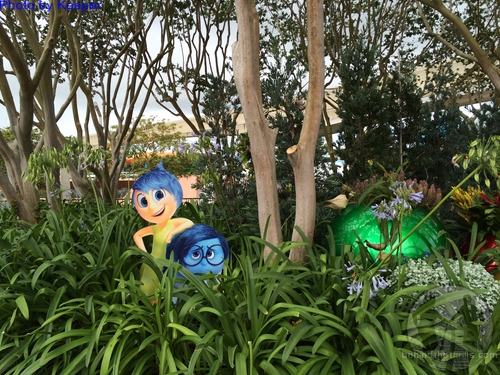 The best way to describe the new movie is the old TV show “Herman’s Head”, only for kids. The preview at Epcot is just that, a preview. It shows just a few more minutes than the trailers have, and really does nothing to spoil the movie for those wanting to see it.

The film is actually getting rave reviews, as most Pixar films do, and some are even calling it the best Pixar yet. That’s a little hard to believe, but we’ll get to see for ourselves on June 19th, when the film hits theaters.

One thing that the film screams out is “Cranium Command” from The Wonders of Life Pavilion, also located in Epcot. That film combined films and animatronics to talk about brain function and personified the emotions and functions just like Inside Out does. In fact, Disney is missing a HUGE opportunity by not holding the preview in Wonders of Life, and giving the whole pavilion a quick make over. If the film is going to be as big as many hope, (and currently it has a 100% “Fresh” rating on Rotten Tomatoes) then it’s a…no brainer to include the former attraction. Think about it, meet and greets with characters, merchandise, specialty food and snacks, and a big banner near Cranium Command that says “The attraction that inspired Inside Out”….even if it’s not true, would make for a huge draw. Chances are, if the film is as huge a hit as they’re expecting, there will most likely be some kind of attraction down the line.

Slideshow-Check out even more pictures from Epcot

Stay tuned for more from Epcot, and be sure to get social with us on Facebook, and follow along with us on Twitter @BehindThrills for the latest updates!