The Road to Fast continues at Universal Studios Hollywood as the third image of six is unveiled. This time, it’s Dom’s turn! The all new attraction will be debuting as the finale to the huge Studio Tour at Universal Studios Hollywood, and as an even bigger part of a massive summer. The new attraction will be the biggest to date, and will feature several stars from the Fast&Furious franchise. 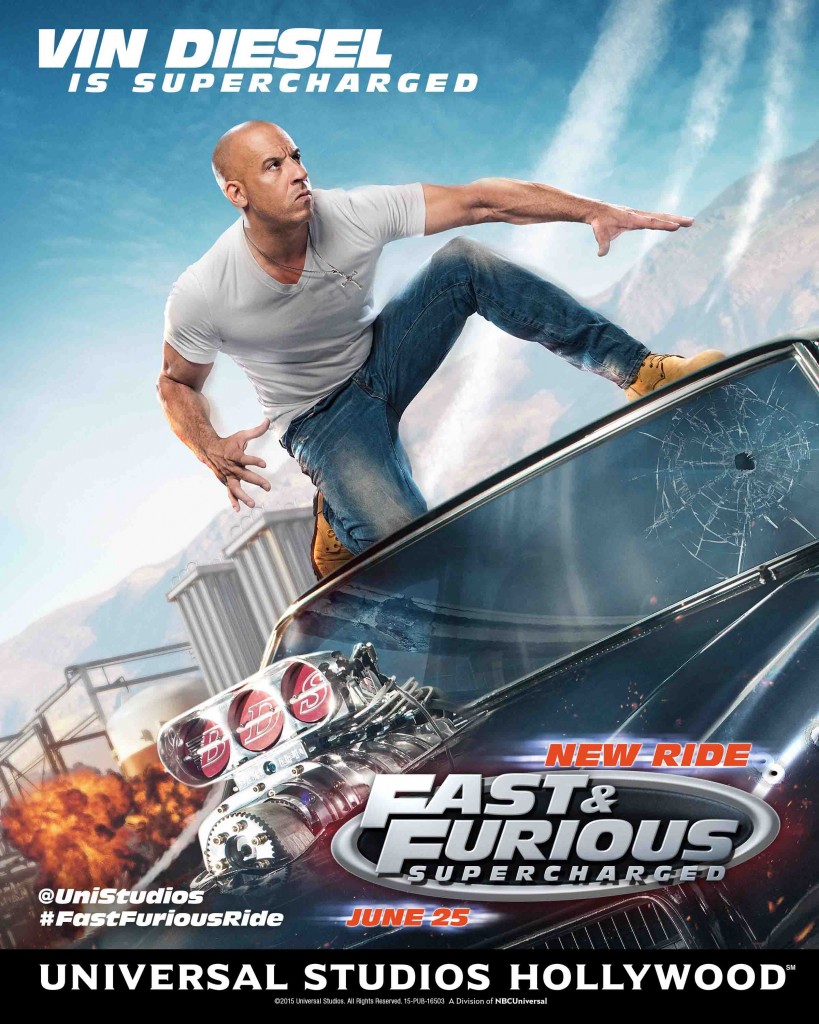 The latest poster, the third in the six part series, features Vin Diesel’s character, Dom Toretto. If the posters are any indication of what we can expect, then it’s going to be a fast paced, action packed ride. The new attraction will feature speeds simulated up to 120 mph, fire effects, huge sets and more.

The all new attraction opens at the park on June 25th, and will be part of the massive summer celebration going on, which will also include the opening of the all new Nighttime Studio Tour, and the Simpsons Springfield, which is now open (click here!).