SeaWorld Orlando isn’t taking the summer off from bringing a huge line up. The park is getting ready to launch into their nightly Summer extravaganza, featuring huge shows, huge coasters in the dark, and now…HUGE concerts on the weekends! The park just announced the first act for their “Celebrate America” series, and they are some of contemporary country’s hottest stars. It’s all part of the massive Summer Nights-2015 at SeaWorld Orlando! 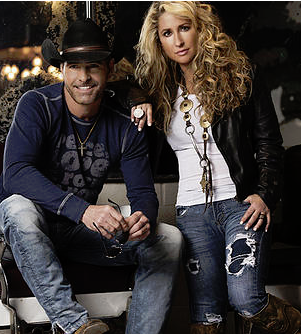 Trick Pony, who reunited in 2014 after a major hiatus, will be the inaugural act for SeaWorld Orlando’s “Celebrate America” Concert series. The concert series kicks off June 20th at SeaWorld, and is part of their huge Summer Nights line up. Concerts will be held at 5p.m. and 7:30 in the Nautilus Theater on both Saturday, June 20th, and Sunday June 21st.

Celebrate America will not only be a concert series on select days, but will also continue throughout the rest of the park on those days with special All-American food, and other festivities happening throughout the day. There will even be a special happy hour, and passholders can get a complimentary brew, which will be on hand throughout the park.

The fun doesn’t stop with concerts on the weekends. Every day guests can enjoy all the fun of SeaWorld’s daily shows, then by night, the park changes. It’s the only time you can see Shamu’s Light Up the Night. The hit show made it’s debut last year, and has been thrilling and inspiring audiences for the better part of a year.
Light Up the Night with Shamu at SeaWorld!

Plus, guests can enjoy all the thrilling coasters in the dark, as the park stays open extra hours and parties all night. Plus guests can check out the new Sea Lion High, as the show gets extended hours all summer long.