Universal Studios Hollywood has seen a massive amount of growth the past 2 years with the introduction of Despicable Me: Minion Mayhem and Super Silly Funland in 2014, Springfield which opened this past Spring as well as the introduction of the long awaited NightTime Studio Tour which is currently in technical rehearsals, set to open in July. The most significant to the park this year is the introduction of Fast and Furious: Supercharged to the Studio Tour. There seems to be a little confusion as to what exactly Fast and Furious: Supercharged is, is it a ride or part of the tram tour? Stay tuned and we’ll give you the juicy details as well as letting you know if it’s worth a trip down to the original Universal park this summer.

Fast and Furious takes place during the last 1/4 of the studio tour. It integrates video feed from various characters woven throughout the Studio Tour narration to set up the grand finale which takes place in the newly constructed show-building located at the very end the tour adjacent to Falls Lake.

You begin your Supercharged experience near Wisteria Lane (Colonial Street) as you pass by an illegally parked Dodge Charger. We later find out that this charger belongs to Vin Diesel’s character Dominic Toretto. 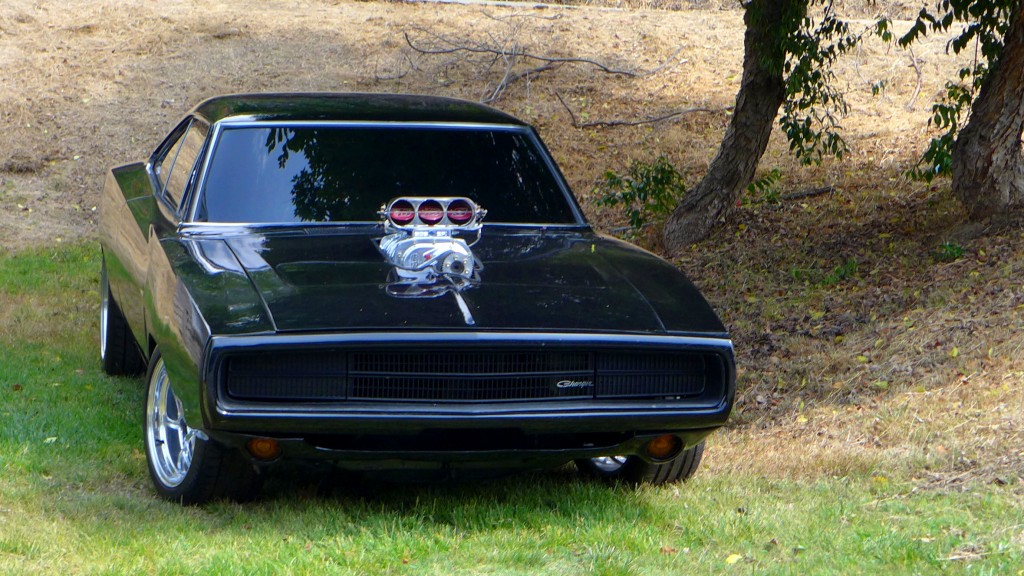 You then continue your tour as usual passing through the Whoville, Psycho and War of the World’s sets before being contacted again by an FBI Agent by the name of Agent Novak. He gives you a bit more info telling the backstory of Dominic, as well as briefly recapping his actions in the last 7 Fast films for those who are familiar with the franchise. 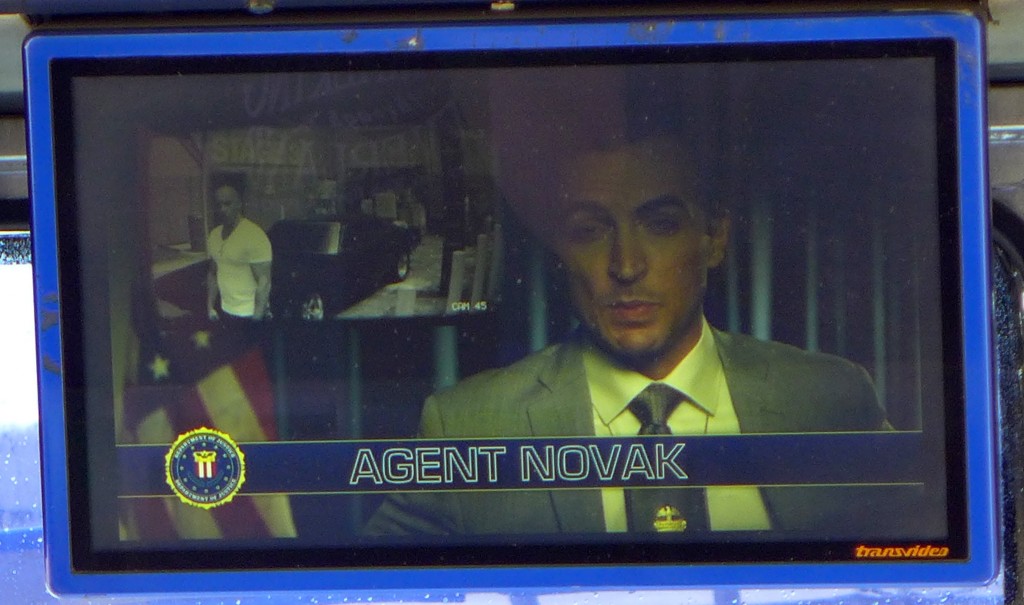 Agent Novak’s video feed is interrupted yet again by Hobbs (played by Dwayne Johnson) as he informs us of a witness who is on board the tram… think Star Tours 2.0… and Owen Shaw (The main villain from Fast 6) is in transit looking to take out the witness and any one who gets in the way, thus putting the passengers in danger. Hobbs then commandeers the Tram and instructs the driver to rendezvous in the Fast crew’s hiding spot inside of an old abandoned looking car workshop. 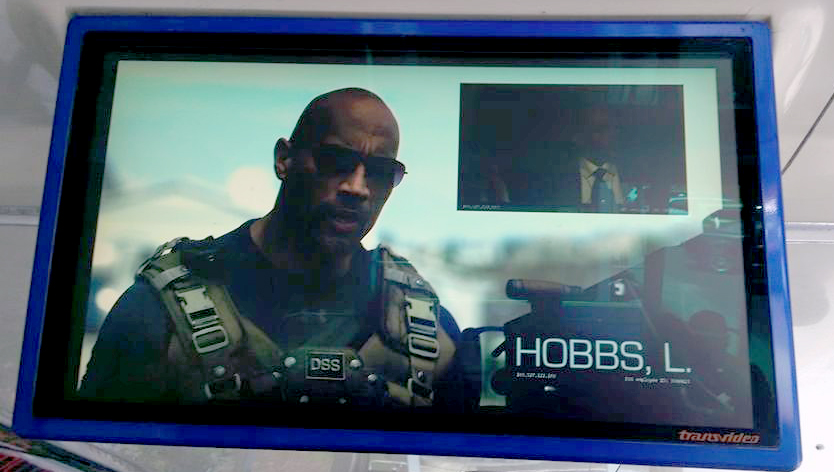 This is where things start to rev up and fans of the Tour are given a multi-scene practical tour animation. Something we as fans have not had since we lost the original Kongfrontation in 2008. The show-building (the front of it) is dressed to look like an inconspicuous warehouse/auto shop that can be found in Anytown, USA. 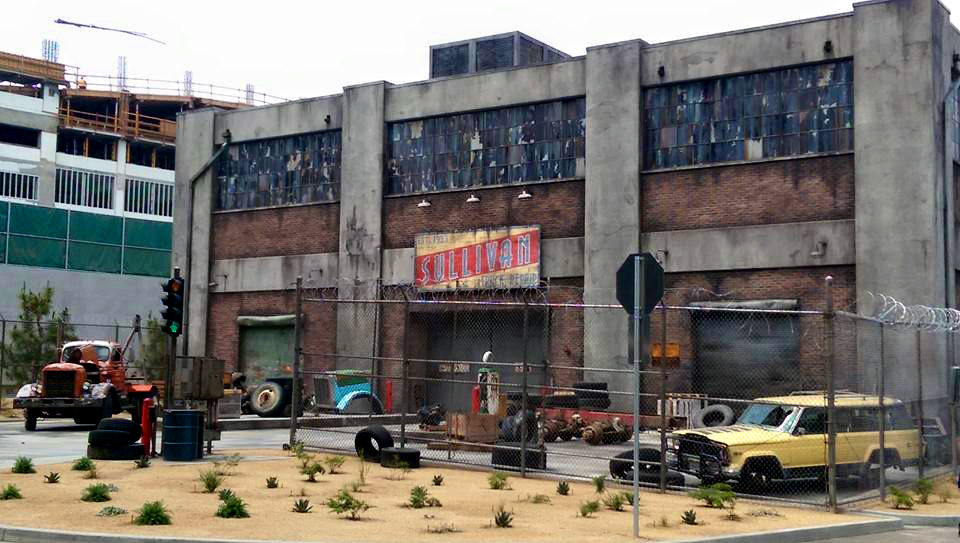 At this point we’re thrust into the world of Fast and the Furious as we’ve entered what appears to be a cutting edge workshop with Assault Vehicles, car parts, work benches, tools, welders, lathes and more. It’s apparent that whoever has been in here has been very busy. It’s best to keep an eye out for hidden details. The entire attraction has many nods to Universal that are a lot of fun and cleverly worked into the story. 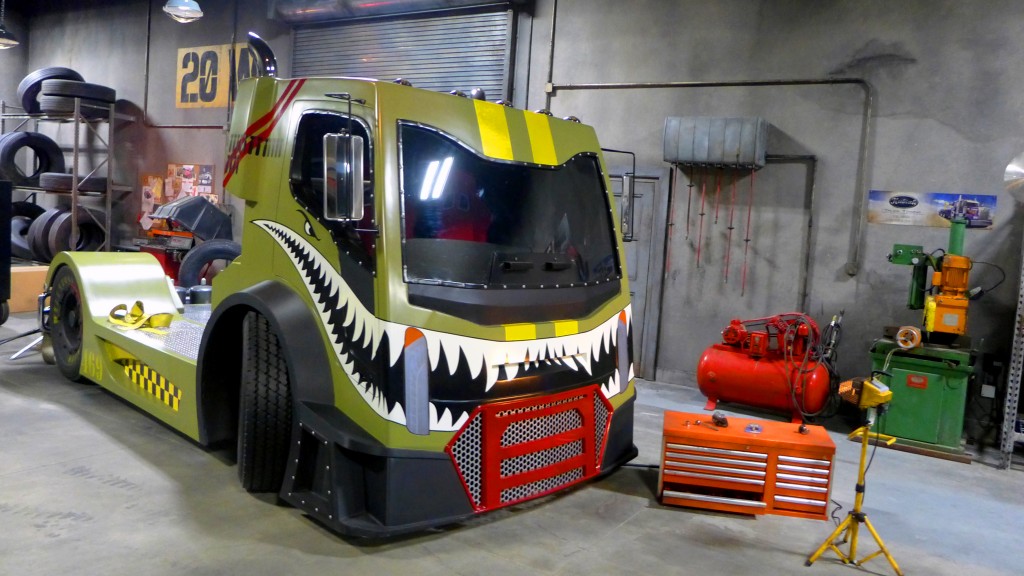 We’re then greeted (via video feed again) by Roman and Letty played by Tyrese Gibson and Michelle Rodriguez who give us the run down and tell us why exactly we’re hiding in the strange building as well as provide a safety spiel for the rooms to follow, a typical “put away your camera’s and phones” but again, cleverly woven into the story of the attraction.  We’re told to meet the crew in the next bay and we proceed into an ongoing race-day after party full of scantily clad woman. These dancers are created through the use of Musion projections. Something that fans of Universal Orlando are used to seeing at this point, but a first for Universal Studios Hollywood. The technology and scale of the effect is very impressive. 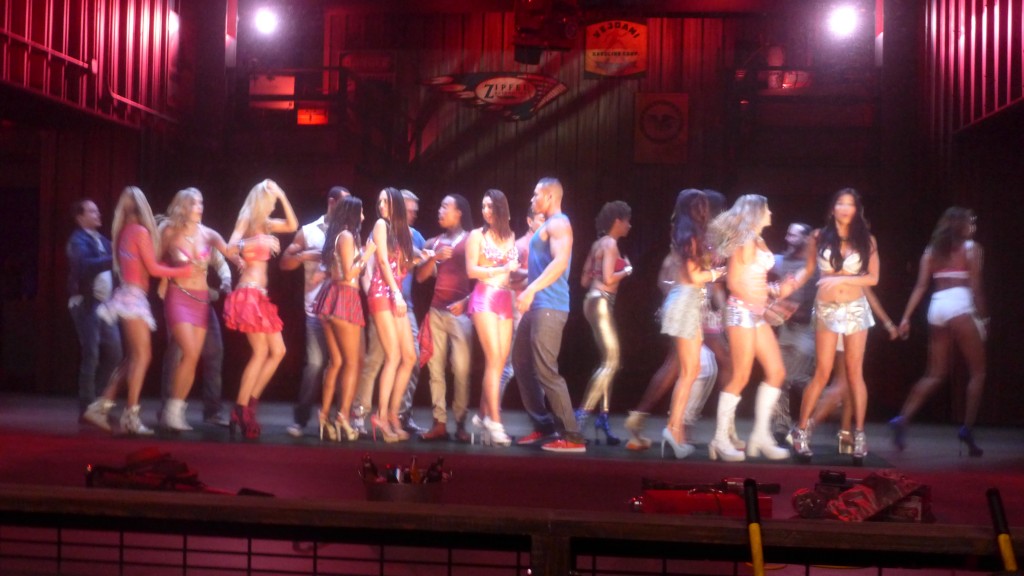 The room is then cleared by an FBI agent and Roman (as well as a few sexy companions) enter the scene. We then learn that Toretto and his crew are here to protect the tram and the witness at all costs. 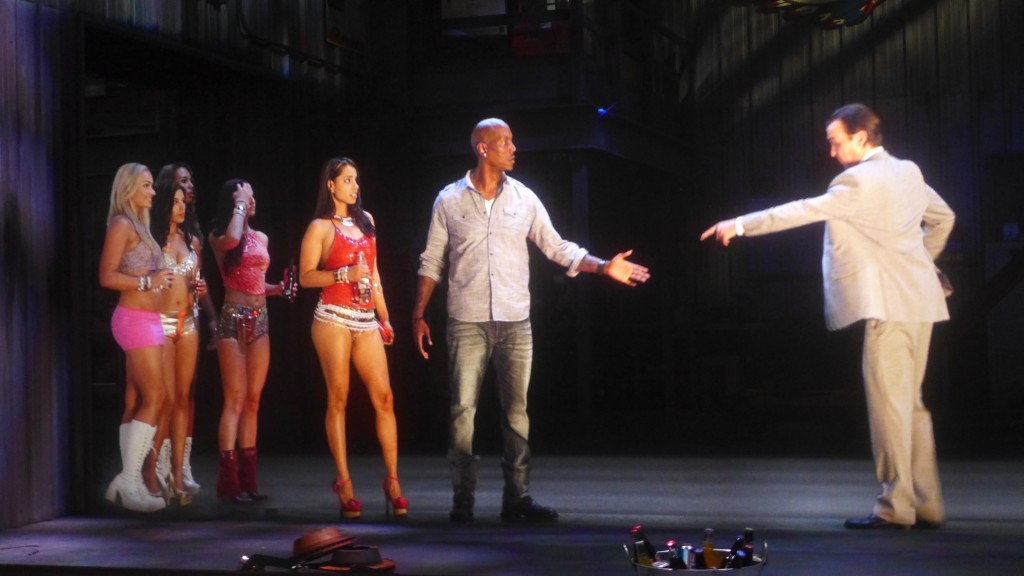 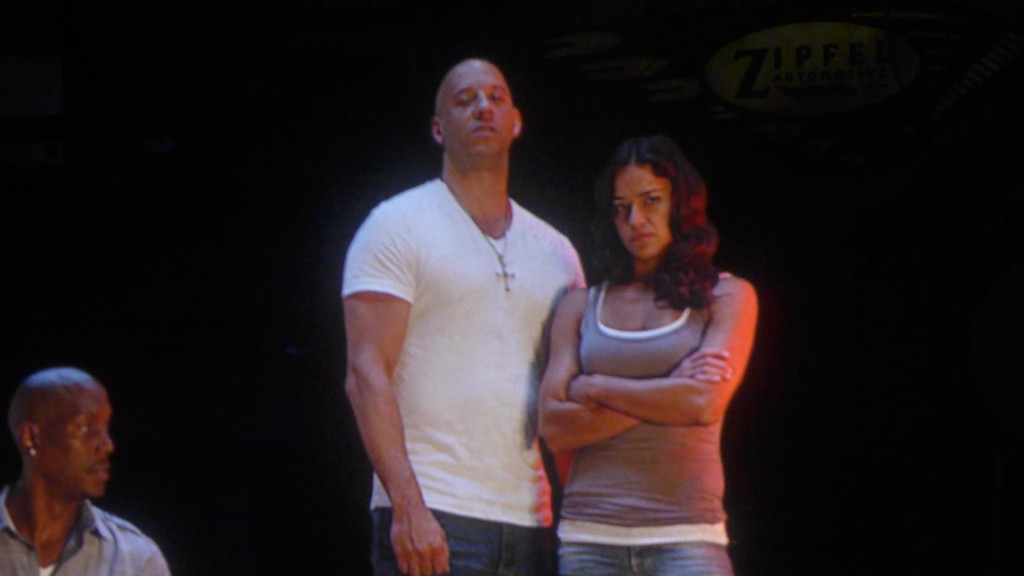 You then find out that Shaw has honed into your location and you need to proceed. This is where the 360: 3D portion of the ride begin. Fans who have experienced King Kong 360: 3D will roughly know what to expect but Supercharged does manage to offer something new to the table with many upgrades and use of the same stereoscopic 3D glasses found in Kong. Instead of being attacked in a static position like Kong you’re in fact moving forward (simulated) on a high speed pursuit through the streets of Los Angeles. Lot’s of high powered wind effects as well as CO2 effects give a real solid sensation of speed. Before you known it (after about 90 seconds) the ride is over quite abruptly. The abrupt ending seems to be a common concern than creative appears to be working the kinks out on.

So, does the attraction have a spot in the winner’s circle or does it burnout?

Supercharged does change things up big time for the last portion of the Studio Tour. While most of the studio tour is spent looking back at filming locations and history of various films, Supercharged does attempt to put riders in the middle of the films through the format of the trams. The use of multiple rooms is brilliantly done on Universal’s part, but the story does seem to bear down on guests. While the tour is mostly a ‘Turn your brain-off’ attraction, Supercharged does require a bit of thinking as the story line is a bit more complex than anything we’ve ever seen on the Trams. The content does feel a bit more adult than the rest of the tour as well. While the Studio Tour features a mostly PG setting, Fast does ever so slightly extend into the PG-13 range. The abrupt ending also seems to leave an awkward transition from 3D screens back into the real world.

I enjoyed my time in Fast and Furious: Supercharged. There are certainly kinks needing to be worked out since we were shown a VERY early version of the final product. Seeing how Universal Creative is actively tweaking and adjusting the ride does keep us very optimistic as to the future of Supercharged and we cannot wait to experience it again in its full glory.