Too Fast, too Furious. Fast and Furious is taking over the world in a high octaned flurry of cars, explosions and stunts so crazy, so fun, that they can’t be contained on the screen. The latest adventure from Fast& Furious takes guests at Universal Studios Hollywood through a massive new finale to the iconic Studio Tour. The attraction had it’s grand opening in explosive fashion on Tuesday, and it was star studded affair. 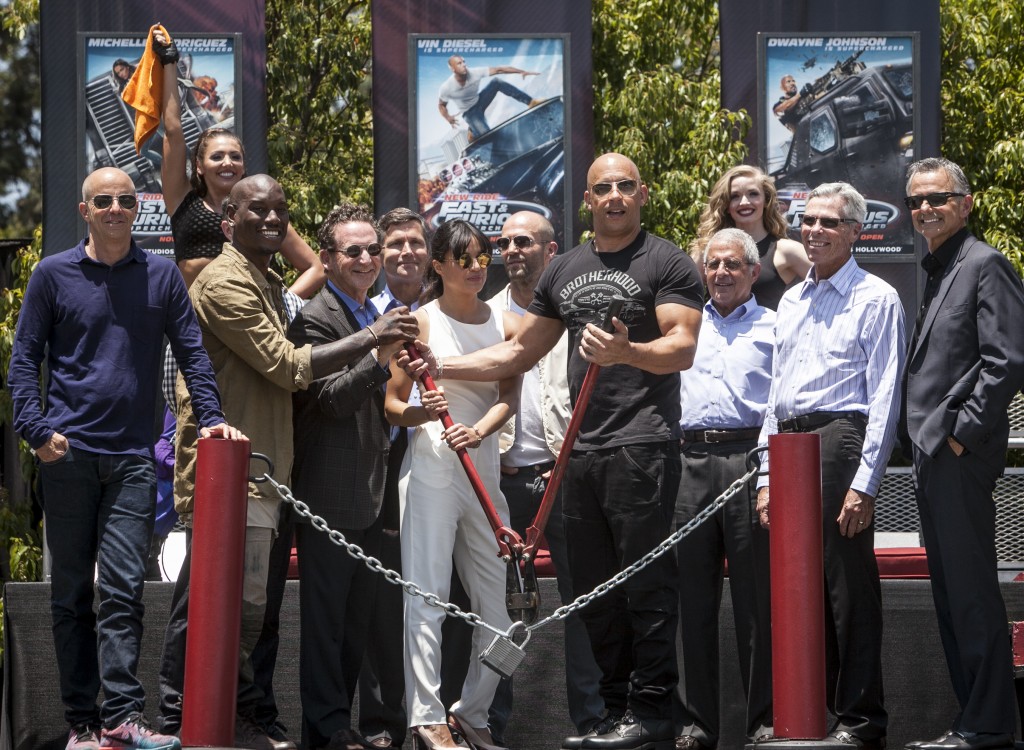 Vin Diesel, Michelle Rodriguez, Tyrese Gibson and Jason Statham all joined the red carpet as the cast from the film “cut the chain” to unlock the ride. The ride marks the first time that The Fast & Furious Franchise jumps from the screen, and into theme parks. According to a quick slip from Michelle Rodriguez, however, it’s not likely to be the last time, as the ride could find it’s way to Orlando and China. The cast was joined by Fast & Furious series filmmakers Neal H. Moritz and Chris Morgan, who were joined by Steve Burke, CEO of NBC Universal. 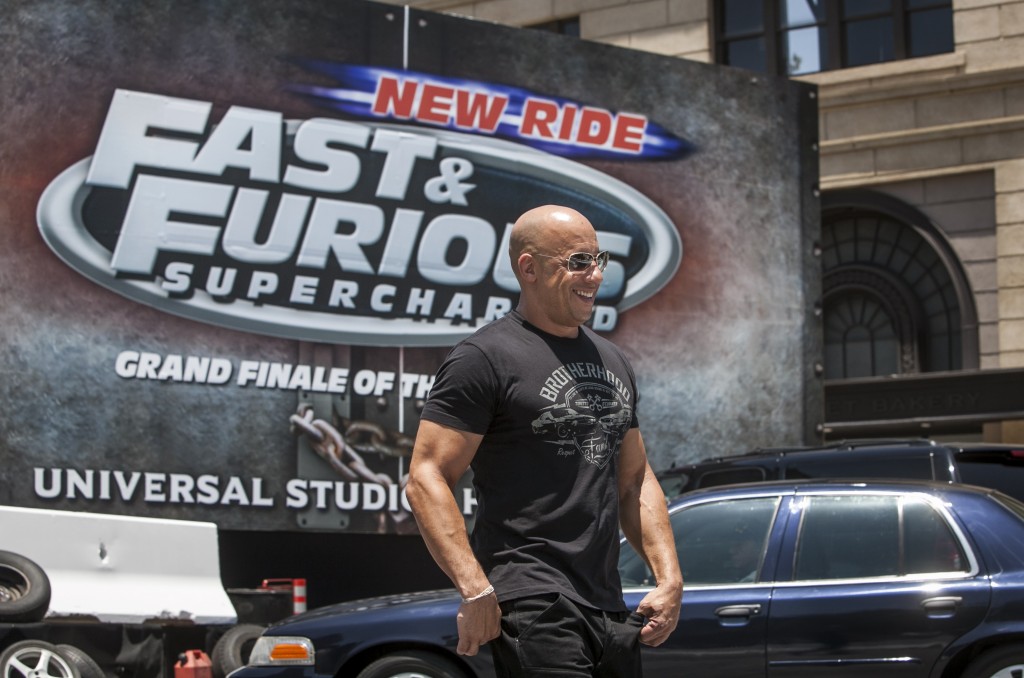 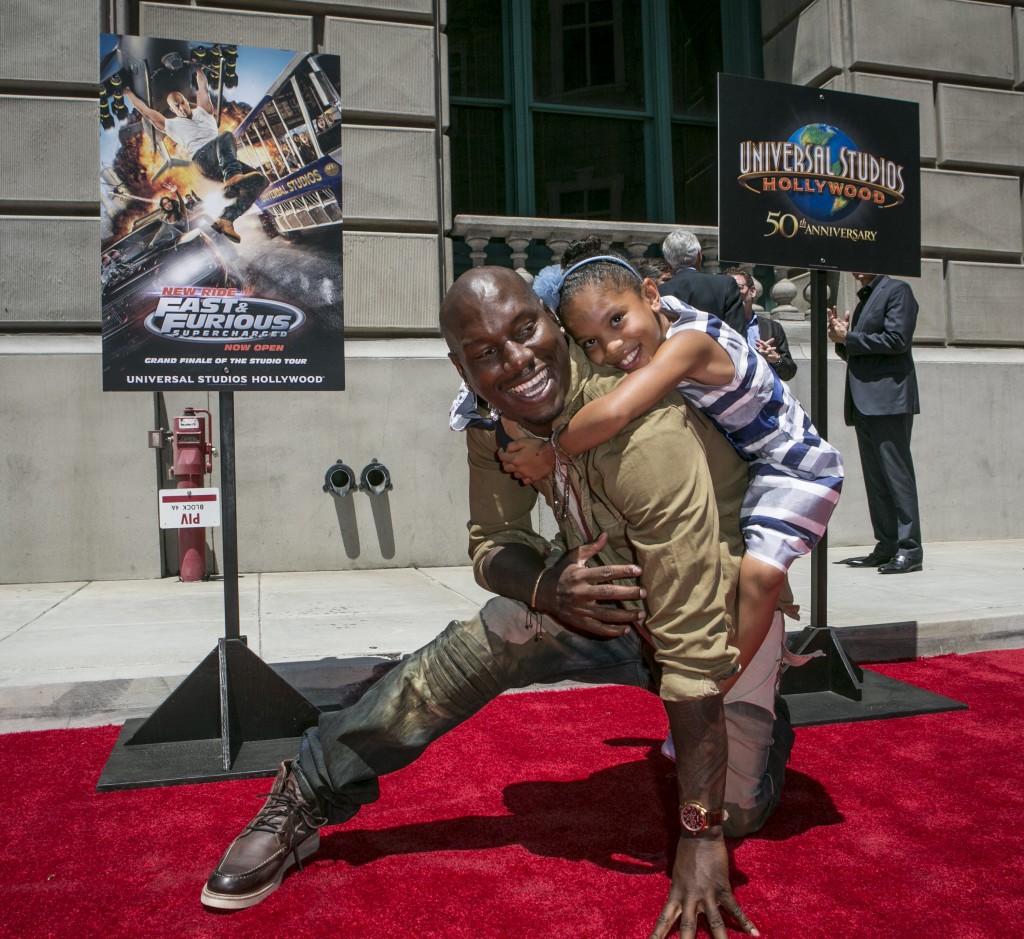 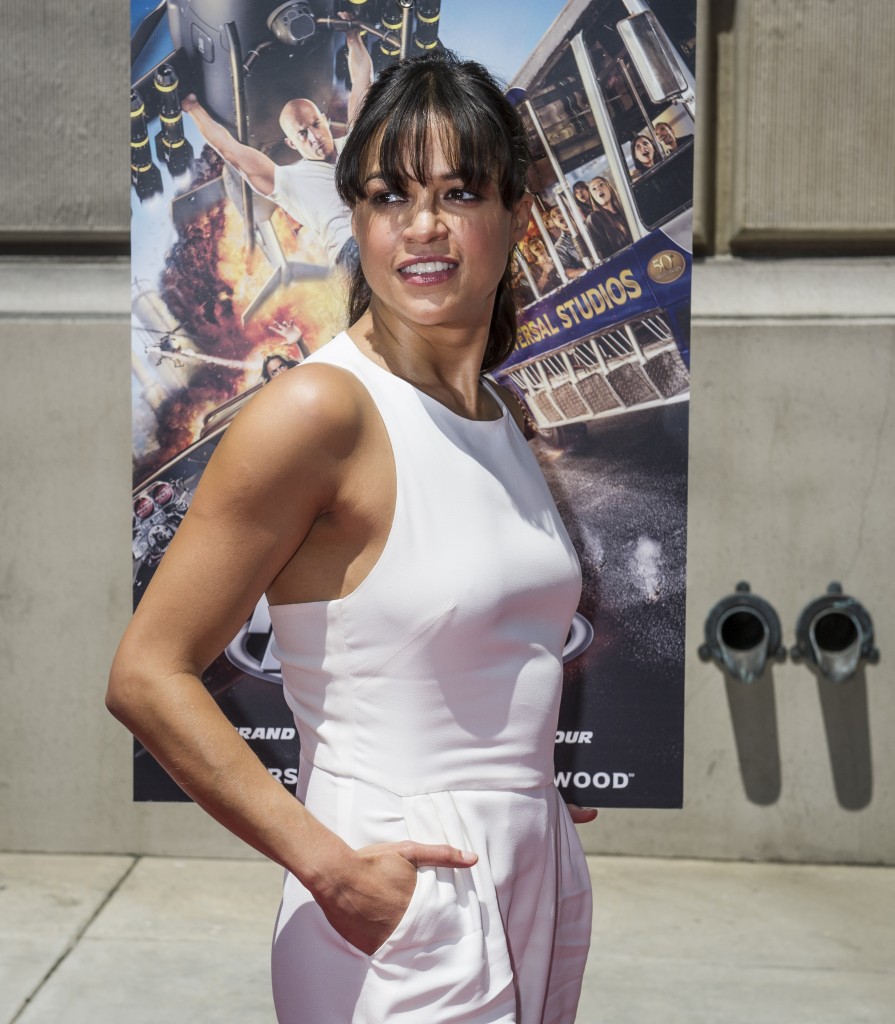 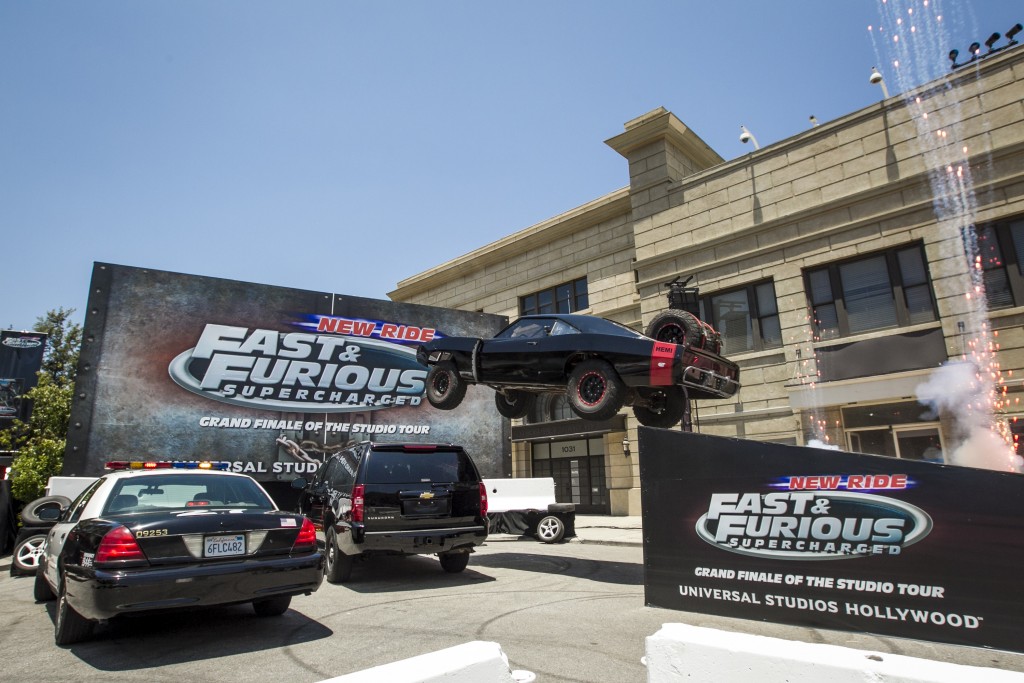 The attraction was officially launched by…what else, launching cars through the air in an explosive chase. The attraction is an all new story in the Fast & Furious franchise, and reteams not only Vin Diesel, Michelle Rodriguez, Tyrese Gibson, but also Dwayne “The Rock” Johnson, and Luke Evans, who all reprise their roles from the films.

Video-The Stars of Fast&Furious open the all new attraction with an explosive opening!

The attraction itself is an adrenaline fueled run through the streets of Los Angeles at simulated speeds of up to 120 mph. The attraction is the explosive new finale to the legendary Studio Tour. A whole new set was built specifically for the attraction, and it is the largest attraction of it’s kind ever created. 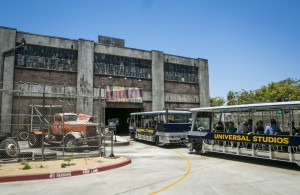 “We’ve perfected an exciting new form of immersive entertainment that combines over-the-top hyper-realistic action adventure with exhilarating custom-made special effects that will transport guests into the thrilling world of Fast & Furious, said Mark Woodbury, President of Universal Creative.  “Our collaboration with Universal Pictures to create an authentic experience through epic storytelling and technological breakthroughs continues to be a hallmark of Universal Studios Hollywood.”

“Fast & Furious is an exhilarating global film phenomenon that has been consistently characterized as a thrill ride.  Now we can officially say it is,” said Larry Kurzweil, President of Universal Studios Hollywood.  “As Universal Studios Hollywood’s ambitious epic transformation continues as part of our 50th anniversary, we are thrilled to bring Universal’s incredibly compelling film franchise to life.”

“Fast & Furious—Supercharged” tells an original Fast & Furious story. The attraction fuses sophisticated special effects with a state-of-the-art 3D audio system and 3D-HD imagery projected onto the world’s longest and most expansive 360-degree screen.  Spanning nearly 400 feet in length to encircle Studio Tour guests within a newly constructed 65,000-square-foot structure on the legendary backlot, the sprawling custom-built screen employs 34, 4K projectors and a specially configured projection system to envelop guests in unprecedented realism. Guests board the Studio Tour, and see iconic cars from the film franchise along the way.

Slideshow-Check out more pictures from The Grand Opening

Fast&Furious Supercharged is the latest in the Universal Studios Hollywood line up, which also has included The Simpsons hometown of Springfield, and Despicable Me: Minion Mayhem and Super Silly Fun Land in 2014. The park will cast it’s spell on Southern California in 2016, when it unveils, The Wizarding World of Harry Potter.