The Lego Friends have arrived at Legoland Florida in their all new area, Heartlake City and they are ready to show the world what friendship, and fun can do. The new area opened Friday at Legoland Florida, and is just the latest big addition to the little Central Florida park. It’s also a step towards showing families that girls can do just as much, and be just as imaginative as boys, and adventure is best with your BFFs. 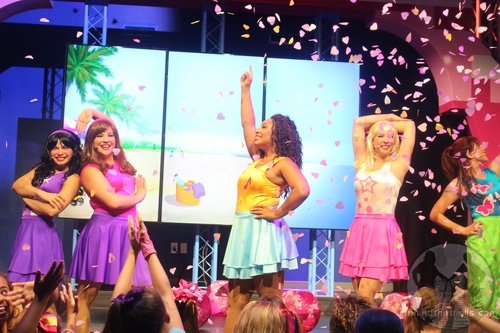 Heartlake City is nestled right in the front of the park, and is right on the shores of Lake Eloise. It’s a picturesque area right along the lake, with plenty of room for expansion. The area is themed to Lego Friends, the girl-centric Lego brick building sets aimed at girls. The area takes guests into the lives of Andrea, Stephanie, Mia, Olivia and Emma, five best friends who do just about everything together. The new area features an all new ride, as well as an all new show.

Video-Take a quick tour of the Lego Friends Heartlake City

The area is also full of what Legoland Florida is known for, tons of Lego models. The models add about another 65,000 bricks to the park, with several new models of all sizes. The area is full of new photo opportunities, and a little something for the entire family. The Lego Friends are now considered “Ever Green”, which means that they will always be a featured Lego line, and can expected to always be seen in Legoland parks. The land is geared more towards the pre-teen crowd, just like Lego Friends, so those between the ages of 8-12 will find the most fun, though there is plenty for the entire family. 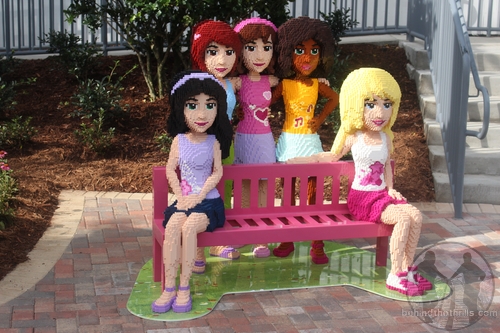 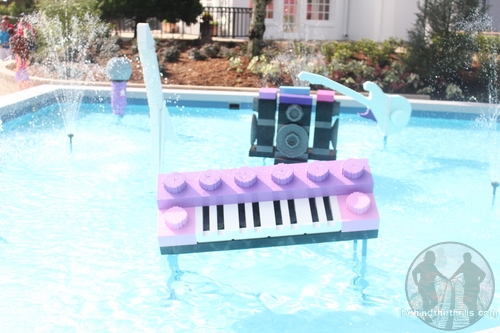 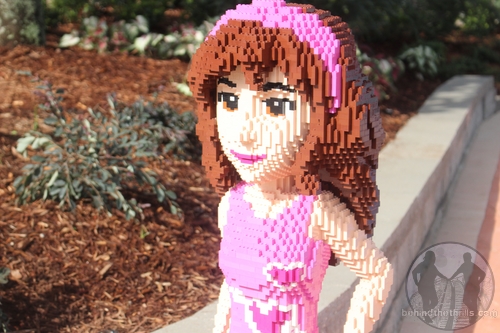 The area features a Newsroom, where guests can get a cool new photo opportunity, as well as an interactive heart shaped fountain, with several Lego models in it. Of course, guests can also get their picture taken with all five Lego Friends, both separately and together. 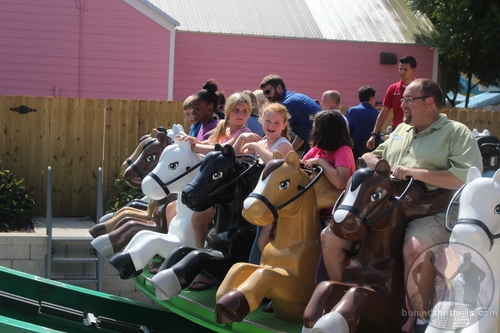 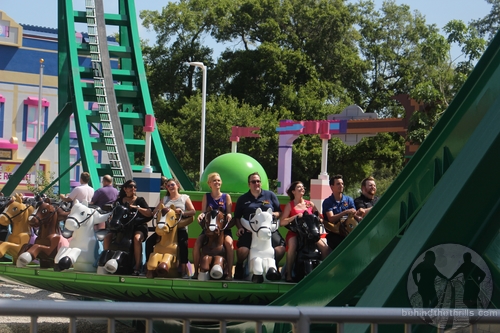 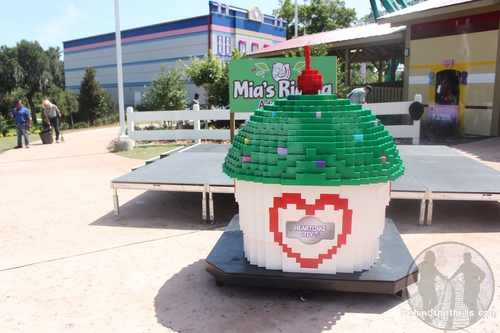 The ride takes riders back and forth, before spinning them along the track. It’s a fun, quick ride that is good for anyone over 48 inches. Like the rest of the area, Mia’s Riding Adventure is geared more towards kids ages 8-12. Still, if a thrill ride isn’t your speed, then there is something that everyone can enjoy. 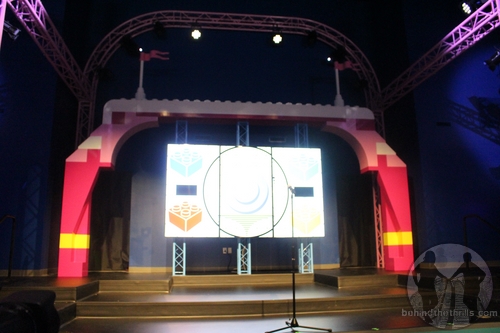 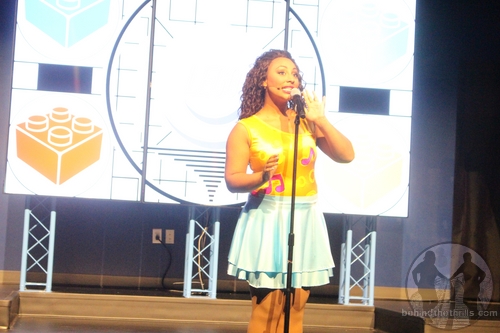 Friends to the rescue is a show that lasts roughly about 20 minutes. It’s in the Heartlake Theater, and is standing room only, with of course the kids up front. It tells the story of Andrea putting on a show, when things just go all wrong. She enlists the help of her friends, who all come to the rescue and lend a hand in their own special ways.

Video-Check out Friends to the Rescue at Legoland Florida

The show is pretty fun, and aimed directly at the kids. It was pretty amazing to see how the kids in the audience reacted, like many would react at a rock concert. The cast of the show also interact with the kids during the show, and there’s plenty of room for everyone to dance, sit down and have fun. The biggest thing is that it’s air conditioned, something that there really just needs to be more of in Central Florida theme parks in the summer.