Jurassic World gives a fun ride back to the island, while teasing what could be coming to Universal Parks in the future

An adventure 65 million years in the making? How about just a sequel over 20 years in the making? What could end up being the summer’s most talked about blockbuster, Jurassic World, has hit theaters, and it’s big! Is it as big as the first film? Possibly, but it definitely gives us a fun trip down into nostalgia, all while looking forward. It also teases the big question, just when will we get these amazing rides at Universal parks? We’ll take a look at the film, give our thoughts, and take a look at the rides that we hope to see come out of it! 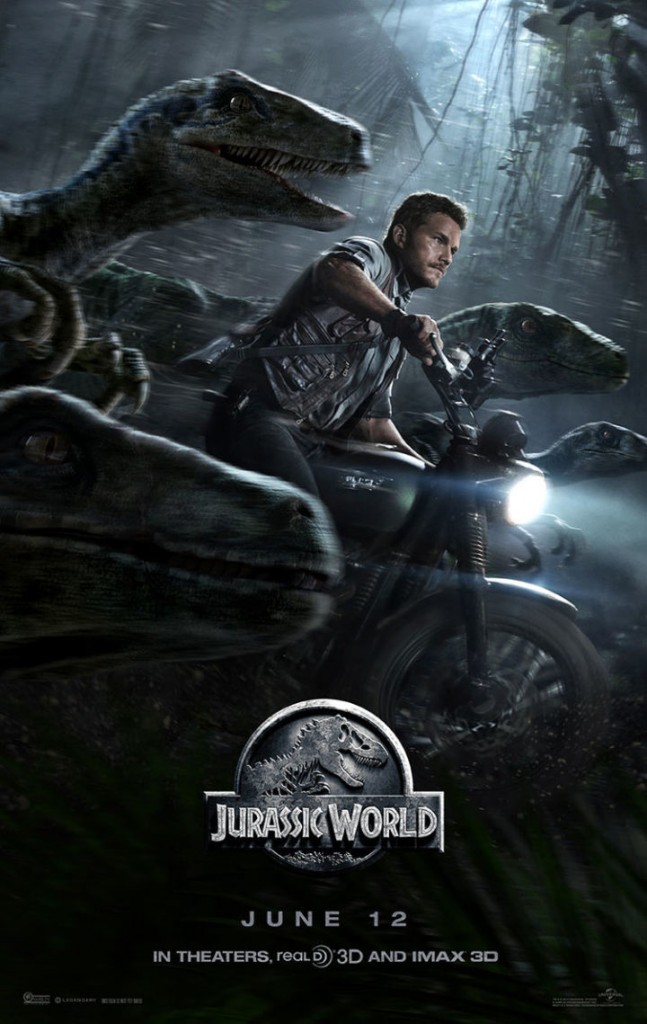 So, what is it about dinosaurs that fascinates us? Perhaps it’s the sheer size of them, and the fact that they were just a blip on the timeline of Earth’s history. Maybe it’s the fact that the fossils they left behind just look so terrifying. Whatever it is, it starts with most of us as young kids. We know the names of all of them, have them burned into our heads. We have our favorites (mine was always Triceratops) and the ones that scared the hell out of us (T-Rex for me…yes, I come from a simpler time of plain textbooks).  Whatever it is tends to disappear into the back of our minds, but the fascination is always there. Sometimes it takes something like a movie to bring it out, and that’s exactly what Steven Spielberg’s 1993 film, Jurassic Park did. It reminded us that these awesome giants once roamed the earth, and it resparked that interest. While the sequels were kind of…well…crap, they still did well enough to keep the interest there. All three shared the same theme. Man playing god, and trying to control something he can’t. They were also about seeing giant dinosaurs eat people, and fight other dinosaurs. They were fun, even if they didn’t capture the spirit of the original.

In comes Jurassic World. It comes 22 years after the original, and 14 years after the last sequel. It’s directed by Colin Trevorrow, and stars Bryce Dallas Howard, and Christopher Pratt (you know, Star Lord) as well as some other amazing actors and characters. It picks up as a direct sequel to the original Jurassic Park. It doesn’t pretend that the other two films never happened, it just doesn’t give them the satisfaction of acknowledgement. It also doesn’t have any of the original cast…at all. What it does have is a plot that takes us into the fully realized dream of John Hammond. It also takes us back to Isla Nubar. In this new film, we see a full fledged theme park, and a whole resort where guests can interact with dinosaurs, as well as spend an entire vacation on the island, without leaving.

Without getting into the specifics of the plot, things go wrong when the genetic engineers and park management tries to invent a new dinosaur to boost attendance. That’s when it becomes a Jurassic Park movie, and reminds us of the reason we love the series. All hell breaks loose, dinosaurs escape, dinosaurs eat people, and there’s some awesome dinosaur fights.

Things are left loosely open for a sequel, and that’s good, because we see where it’s going….so let’s sidetrack a bit.

Back in 2007, there was a script that was being developed, and that Steven Spielberg and Kathleen Kennedy were excited about. It was written by William Monohan and John Sayles, and involved some crazy stuff (read the review here, and skip down to where it says “review starts here”)! It was going to take place in a world where dinosaurs existed off the islands, and were causing a big problem. A bankrupt and deathbed ridden John Hammond had an idea to save the dinosaurs, and people by creating a breed of dinosaurs that couldn’t breed, with the idea being that they would breed out in less than a few years. The problem is that it was illegal to create new dinosaurs DNA, so they had to go back to the only viable DNA available…the stuff in Nedry’s Shaving Cream can, covered in mud. A mercenary would be sent in, but surprise…someone else beat him to it. Then it gets wacky. They kidnap the guy, and want to use him to train raptors specially bred for military purposes…only they’re not really raptors, because they are just weird DNA creations.

Now that version of the film didn’t get made, but if you did see the film…there is a bit of that story going on, though in a different form….kind of. Could we see this story get realized in the future (probably definite) sequels? I hope so, because going back to the island is getting old…even if it is now a fun new theme park.

Bottom line for the film, it’s fun. It’s what we’ve wanted, dinosaurs eating people in a theme park. Dinosaurs fighting other dinosaurs, and really cool theme park attractions. What it’s missing is that sense of wonder that the first film evokes, at least for me. Sure, there’s a theme park, and it’s cool…but there is not one single moment where you feel that awe from the first film when John Hammond says “Welcome to Jurassic Park”.

However, it’s fun, it’s a big disaster, dinosaur film, and holy crap…THEY HAVE A T-REX! Sure, there’s issues with the film. There’s a scene that will have Blackfish supporters at SeaWorld, just because. Then there’s the Triceratops rides…and I’ve even read a few complaints about how Bryce Dallas Howard falls into the stereotypical “needing a man to figure out issues” role…but really, it’s not about those issues. It’s about damn dinosaurs in a theme park! We even get a John Hammond “spare no expense” kind of guy playing the eccentric billionaire. It’s a throwback to the old film, without completely rehashing the old film. It’s a fun ride, plain and simple.

Some fun facts about the film…it was filmed in a theme park! Several, actually.

The crowd scenes used for security cameras were allegedly taken from Universal parks in Orlando, Hollywood and Japan, creating a rich diversity in crowds. Some scenes for the film were filmed at Six Flags New Orleans…yes, the one that is abandoned and was mostly destroyed by Hurricane Katrina, ten years ago. The scenes with the aquatic dinosaurs, featuring the crowd getting splashed, were allegedly shot at SeaWorld San Diego. So theme parks were definitely used for inspiration.

Speaking of inspiration, could Universal Parks be inspired by the success of the new film to create new attractions based on the new film? We think it’s already happening!

Universal Studios Japan is teasing an all new ride in their Jurassic Park section for 2016 (click here). The ride has the image of a Pteradon on it. Could that park be getting a ride themed to an aviary?

Here are some other rides we’d like to see in the parks real soon:

The future of Jurassic Park at Universal is really going to be based on what the film does. However, with the projected success of the film we can more than likely expect to see something from the new film develop very soon.

In fact, there’s already a Raptor Experience in which guests can get their pictures taken with a “trained Raptor”. It’s a pretty cool trick, and has people asking if it’s real.
Video-Go on a Raptor Encounter at Universal Orlando

We’ll have to wait and see what new attractions Universal Orlando “scientists”…err…creative members bring to life in the future.
Stay tuned for more from Universal Orlando, and be sure to get social with us on Facebook, and follow along with us on Twitter @BehindThrills for the latest updates!