Not sure how we missed these, but there are two huge new pieces of concept art for Sapphire Falls Resort at Universal Orlando. The resort is scheduled to open in Spring of 2016, just under two years after the last massive resort opened, Cabana Bay Beach Resort. Like all of Universal and Loews hotel collaborations, the hotel is going to be immaculately themed, and detailed. It will feature lush landscapes, tropical waterfalls, and now we get our first look at what the interiors will be like. 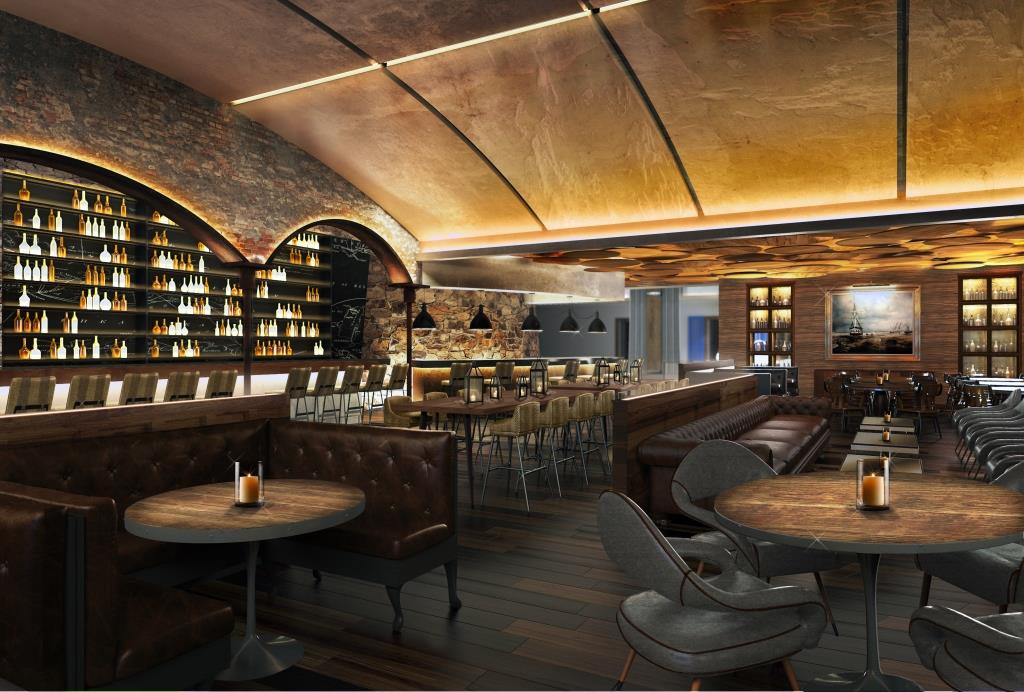 We’ve seen what the outside of the hotel will look like, and it’s going to be gorgeous. Now, we get a look at some of the interior spaces of the hotel, specifically one of the restaurants, and the lobby. While nothing official has been released, rumors suggest that the hotel will feature several new restaurants and lounges. The one featured in the concept art looks like it will have a very modern look, with rich earthy textures and tones, and wide open spaces. 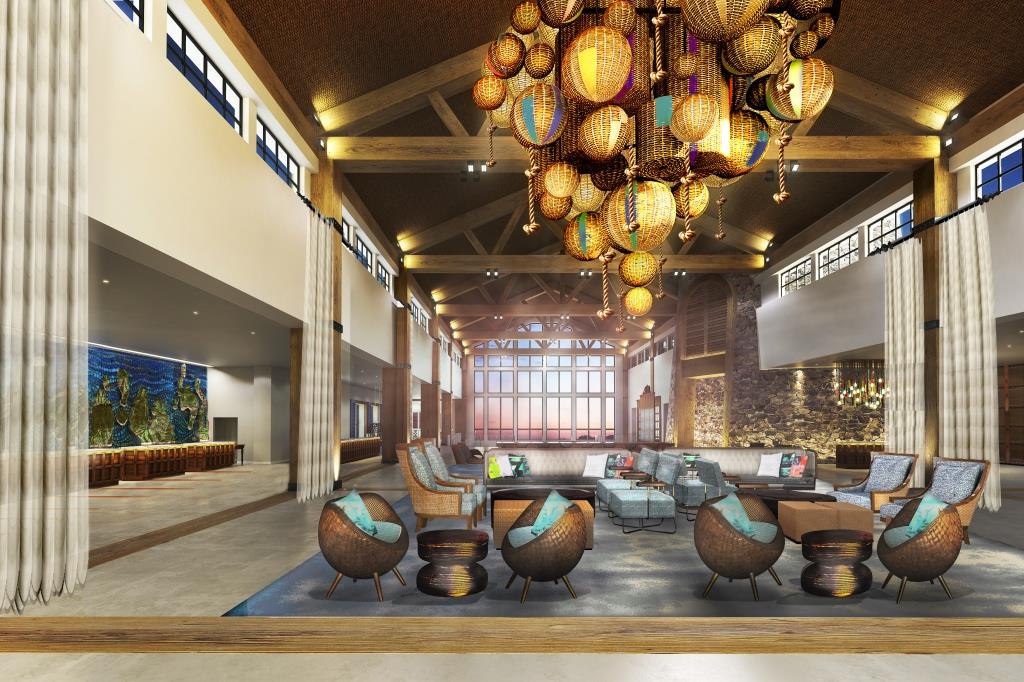 Like most of Loews onsite hotels at Universal Orlando, the lobby seems to be an experience in and of itself. The design is said to be very much themed to traditional island style, with a modern look. We definitely see some aquariums, and a lot of wicker happening.

While nothing has been officially announced for the hotel, rumors say that there will be four new restaurants/lounge areas, as well as a large pool with zero entry, and beach areas as well as waterslide.

Universal is expected to open Sapphire Falls Resort in 2016, and will also open the newest major attraction, Skull Island: Reign of Kong.
Universal Orlando is fast becoming a major must see destination, expanding with huge attractions and new resorts in the past few years.

TAG2016 Attractions Sapphire Falls Resort Universal Orlando
Previous PostJock's Hangar gets ready for landings, plus Gelato, Inside Out and Superheroes at Disney Springs Next PostMore details given about "Skull Island: Reign of Kong" at Universal's Islands of Adventure