Disney parks tend to play things safe when it comes to their squeaky clean image. Any thing that can be taken the wrong way is usually taken away. The new Zuri’s Sweet Shop takes that squeaky image and throws it out the window with some delectable new treats. The candy shop offers your typical Disney fare, from Mickey shaped treats, and candy apples, as well as candy guests can purchase by the pound. However, it’s going to become know really quick as the shop where you can eat animal poop. 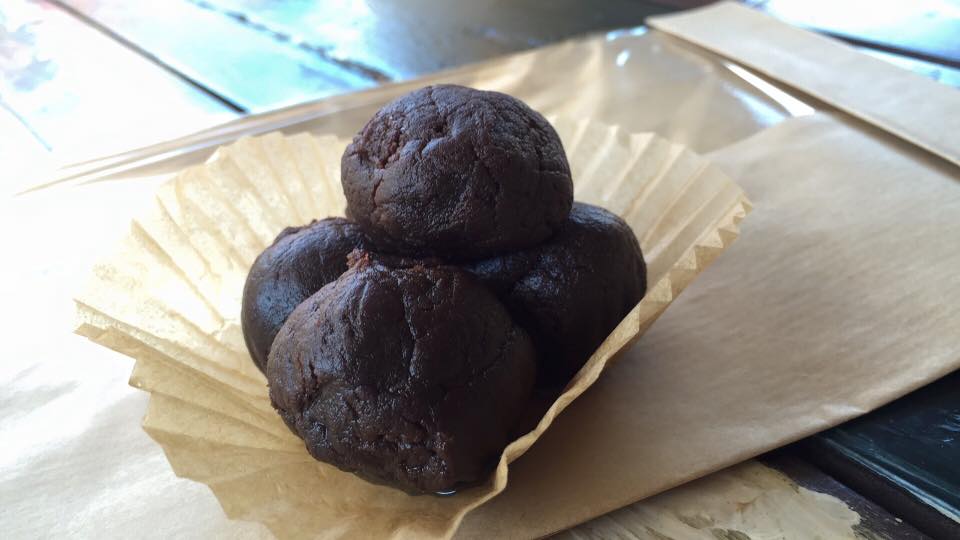 The photo above (provided by Mickey Updates) is Giraffe Poop. Looks delicious. Go on, take a bite! Actually it’s a brownie baked to look like giraffe poop. The cold case in Zuri’s Sweet Shop holds a number of different treats, but it’s the poop shaped treats that will have guests talking.

While the store really has nothing to do with the game, it does help to drive the point home of looking out for animals, and being able to identify where they’ve been.

The poop treats comes in four flavors…or shapes…however you want to say it.

We’ll run down the list of animal poops, along with the list of ingredients, so you’re not too grossed out.

Rolled oats is a theme there. From everyone that has tried it, the poop is delicious. The Elephant poop is especially amazing, with the huge portions. Each piece of poop will run about $3.99 a plop.

While many fans are grossed out by it, we are going to say that this is going to be a huge hit with some of the more juvenile fans (like us) and there will be a huge demand for some poop with guests coffee.

There are other treats in the sweet shop, such as wine, dark chocolate mickey treats with chili peppers, and even granola. So if you are grossed out by the thought of eating animal dookie, no worries, there’s plenty of other great treats.

According to several cast members, the poop treats are gone! OH NO! There is no word on a reason as to why they are gone, but according to cast members, and several guests who were in park on Saturday (June 27th) the “Match the Species” treats have been removed from the case at Zuri’s Sweet Shop. The signs are also gone. Hopefully they’ll be back, and just were so popular that demand can’t be met…but we have a feeling that people complained. After all, we got several complaints ourselves, and we don’t even make them!

Stay tuned for more from Animal Kingdom, and be sure to get social with us on Facebook, and follow along with us on Twitter @BehindThrills for the latest updates!

For more information about Animal Kingdom, including tickets, visit the official website by clicking here!