It’s been five years since The Wizarding World of Harry Potter made it’s debut at Universal Orlando’s Islands of Adventure. Since 2010, the resort and more importantly, the company has grown in leaps and bounds. Now, Universal Studios Hollywood is gearing up to open their own version of The Wizarding World of Harry Potter, and with it take the first step into being a much larger force in the Southern California tourist industry. Construction walls are still up, but that’s not stopping guests from feeling the magic of the new land, as more of the world is added every day. 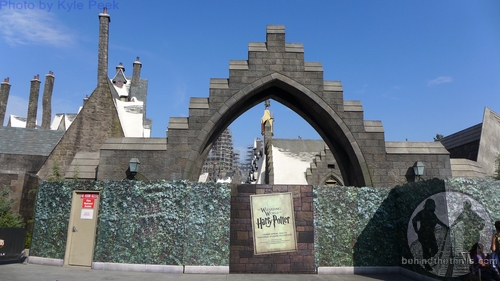 The entrance to Hogsmeade might be behind walls, but the rooftops, and chimneys are stretching up towards the sky for guests. Hogsmeade Village will be the first stop on your journey through The Wizarding World of Harry Potter. 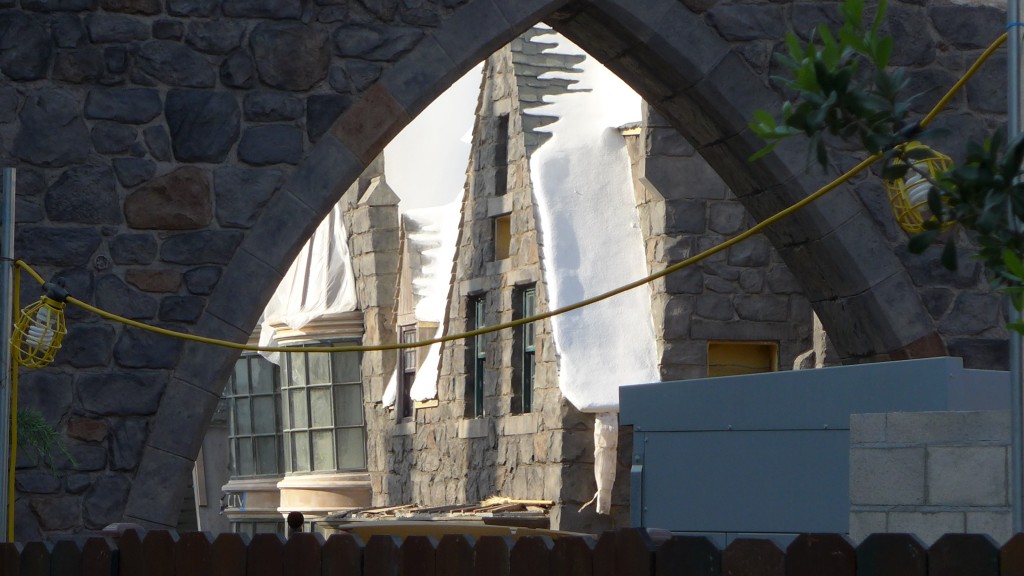 As construction progresses, there will be more details added, including signs, and even the Hogwarts Express! The Hogwarts Express is a key photo opportunity in the Wizarding World. Conductors will pose for pictures, as well as welcome Muggles into the village. 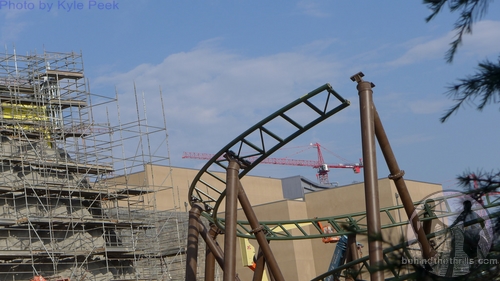 Another key attraction will be Flight of the Hippogriff. This family coaster will pack a punch, as Muggles learn to care for magical creatures from none other than Rubius Hagrid. The coaster will take guests past Hagrid’s hut, and even bring them face to face with Buckbeak.

The other major attraction in the Wizarding World is, of course, Harry Potter and the Forbidden Journey. The ride is a staple at all three Wizarding Worlds (Orlando, and Japan being the other two). The Hollywood version will have the distinction of being the first version in 3D. Japan recently made the transition to 3D, earlier this month. The ride will take guests through Hogwarts Castle, and have them roaming the grounds, taking part in the adventures of Harry Potter aboard enchanted benches. 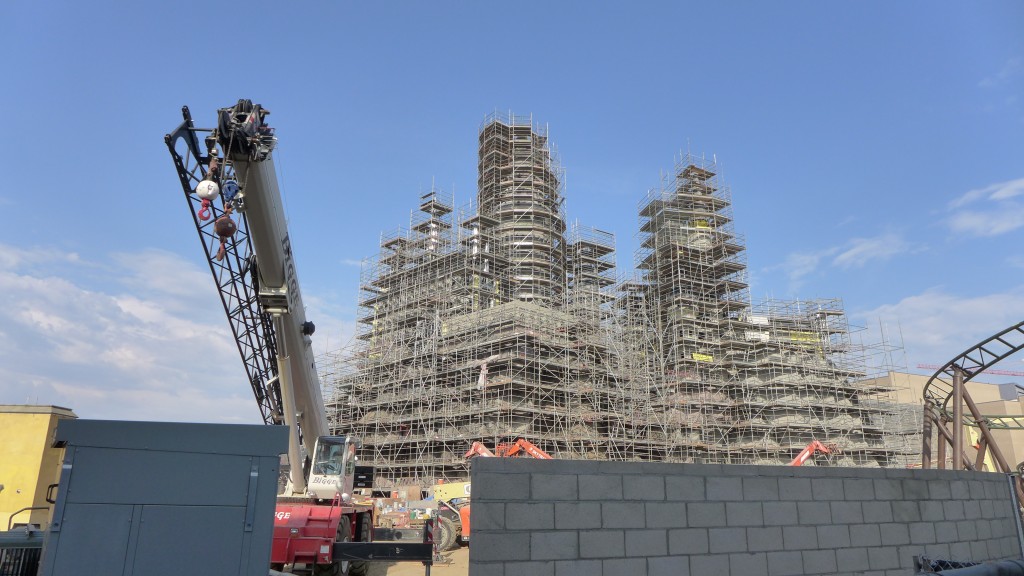 While construction walls are up through most of the Wizarding World, the queues for many other attractions including Shrek and the Studio Tour have had to be reworked to make room for construction. Guests in line for Shrek get a chance to wait next to and even touch Hogsmeade Village, not to mention get one of the best views of Hogwarts Castle in the park. Universal Studios Hollywood has had to get very creative with their land use, and has done an amazing job.

Fans can already check out tons of Harry Potter merchandise in the, Feature Presentations shop at Universal Studios Hollywood, but that’s going to pale in comparison to what will be available when The Wizarding World of Harry Potter finally opens in Spring of 2016. Chocolate Frogs, wands, and robes are just a taste of all the cool items that are coming. Plus, guests in Hollywood will finally be able to try Butterbeer. There’s no word on whether all three versions of Butterbeer will be available, but it’s a safe bet that Regular and Frozen will be available at first, with Hot Butterbeer more than likely coming online later.